You are here: Home / Archives for Buenos Aires / Shopping / Books 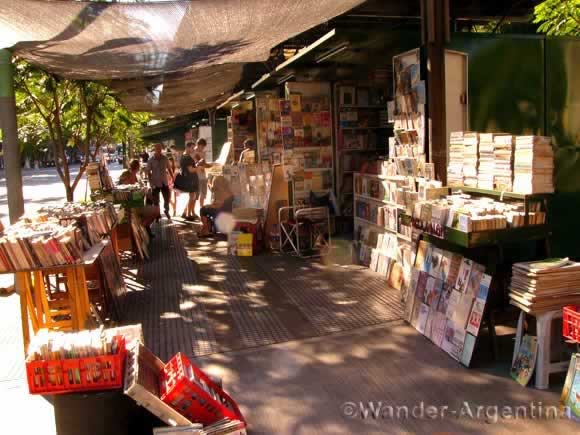 Buenos Aires is the birthplace of many a prominent writer, but it takes a visit to fully unveil the enduring love of reading in South America’s city of books.

famously said, “Let others pride themselves about how many pages they have written; I’d rather boast about the ones I’ve read.”

And read is what the Argentines do — on the bus, in the park, and in the myriad bookstores that are as plentiful as pharmacies and supermarkets in the capital city.

And literary sustenance for the soul in Buenos Aires is not limited to an insubstantial diet of romance novels and bestsellers — though those can certainly be found — but consists largely of dense literary and philosophical works of the likes of Foucault, Nietzsche, Arendt, Shakespeare, Joyce, as well as the Argentine heavy-weights — Borges, Julio Cortázar

It is impossible to meander through the Buenos Aires without noticing the abundance of bookworms.

“Just look around on the subway and count how many people have a book,” says Florencia Basile, of La Porteña Books in Belgrano. “From ages 20 to 60, people read a lot here — there is a culture of reading.”

Wrapped in plastic to discourage sneak previews and summer rains, tomes grace the shelves of street side dispensaries, subway station kiosks of all the metro lines, and some of the grandest bookstores in the world, such as the opulent former theater, El Ateneo.

One testament to Buenos Aires’ love of literature can be find right in the heart of Palermo, at Plaza Italia. Right outside the Plaza Italia subway stop visitors can find 40+ stalls of new and second-hand books to take on the train, because reading a book on public transport is much safer and cooler than playing on your cellphone.

Corrientes Avenue, the main thoroughfare of Buenos Aires’ theater district, is a also favored destination for late-night book browsing. Where else in the world can one peruse the shelves at 3:00 a.m.?

Argentina leads Latin America in publishing, with over 20,000 titles released in the country per year. Buenos Aires is blessed with over 800 bookstores, the majority of them independently owned.

In 2011 UNESCO awarded Buenos Aires the title of ‘World Book Capital,’ in recognition of its many high quality projects and activities involving books and reading.

The high point of these world-class programs is the yearly Feria Internacional del Libro de Buenos Aires (The International Book Fair) held from mid-April to early May.

For those already so inclined, embrace and enjoy wandering the aisles of books and the streets of ready-made benches. For all others, let the Latin American bookworm bite and take a taste of the sumptuous, if old-fashioned, world of paper and print.

• For those who don’t read Spanish, or need a break from second language overload, a modest selection of imported foreign titles are found scattered in kiosks and bookstores, and a few all-English bookstores, such as Kel and Walrus Books.

• Even if you don’t read Spanish, you don’t’ want to miss Buenos Aires’ most famous bookstore, set in an old theater, El Ateneo.

→ Check out our Literary Tour of Buenos Aires 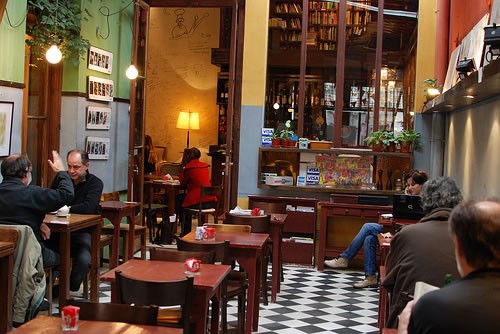 If you’re looking for a cozy spot to relax or nourish the brain after a wild night of partying in Buenos Aires, check out Libros del Pasaje in Palermo. This is a charming bookstore and café with high ceilings and dark wooden bookshelves displaying carefully chosen literature.

In Spanish, you can find highbrow genres such as Eastern philosophy, poetry, Argentinean literature, and film theory. The store has a modest section of literature in English, equipped with an ample amount of classical novels, various types of dictionaries and travel guides. Books range in price from reasonable to jaw-droppingly expensive. 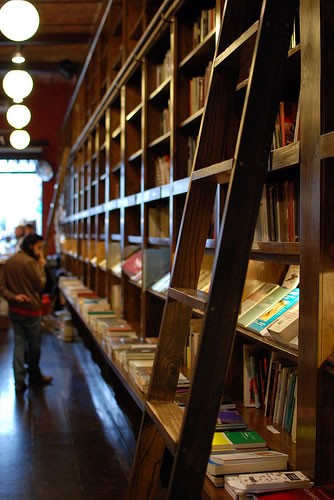 This family-friendly place also has a substantial children’s literature section.

The store staff of young and stylish porteños is friendly and accommodating, so if you can’t reach that book you want, someone will climb up on a ladder and grab it for you. Upstairs, there’s a cozy nook, well stocked with literature on art. There are always good tunes playing in the background here — a nice cherry on top of a great ambiance. Most of the music played is available for purchase in the store’s music section.

After browsing, take a seat on the antique couch positioned in front of the store’s centerpiece: a large white wall with graffiti and clever expressions doodled on it by visiting authors throughout the years. To find out about store events, such as author lectures and gallery nights, you can check out the large-sized calendar at the front of the store, along with a variety of flyers that advertise interesting happenings around town. Information on store activities can be found on their website as well.

To get some work done or to flip through some exciting literary finds, slip into the store’s sunroom and settle in at one of the many tables with a good cup of coffee or tea.

The bar also has a well-priced but basic alcohol and food menu. This attractive area showcases some carefully selected local art for sale to maintain the hip vibe of Libros del Pasaje. Take in some good people watching here, as artists work on their Apple laptops and students discuss radical politics while chain smoking. As for the less hip, have no fear! There are all ages and types of patrons here, so even if you’re not up on your lunfardo, you will feel comfortable in Libros del Pasaje.

Be sure to stroll down Russel Street on your way out to see some of Argentina’s more impressive street art, or better yet, book our graffiti tour to get the back story on the artwork. 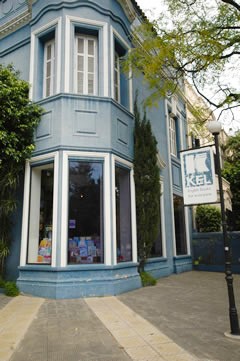 Kel Ediciones harkens back to the days when Argentine English students in the leafy northern neighborhoods wanted to ensure they learned ‘proper British English.’

Importing and selling books for 25 years in Argentina, this business specializes in English language learning materials including textbooks, CD’s and videos but has grown to have five locations and a solid selection of pretty much every genre, particularly classic literature, marketing and business, self-help, cooking, art, history and travel guidebooks.

If you’re looking for some Shakespeare, Dickens, or Austen, you’ll be right at home. Kel doesn’t tend to carry as much contemporary literature (for some David Foster Wallace or Pico Iyer, you’d be better off heading to Walrus Books to look for a used copy) but if you’re looking for a new edition, Kel can order it.

Parents and their pint-sized readers will appreciate the abundant selection of modern and classic children books, although, as with most imported products, the prices can be shocking. Expect to spend around AR$45-50 for a paperback or children’s book. Coffee table books can reach prices over AR$400.

This is the place to head to arrange college and grad school entrance exams for overseas study (or for foreigners thinking about retuning home to study) and to take English teacher training courses and certificate exams. 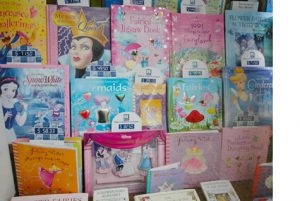 Their gift certificates of AR$10, $20 or $50 or ‘book tokens’ as they call them, make a great gifts for Argentine friends learning English.

Although technically you are suppose to be able to make purchases online, the website needs updating— it makes more sense to call.

For title searches and other questions call: 4717-5603
-Credit cards accepted 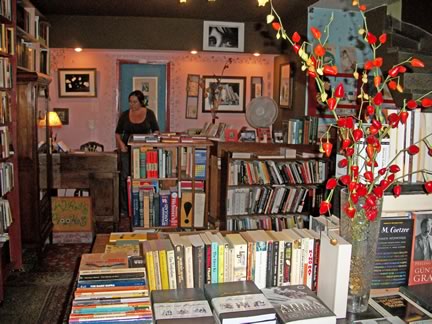 Many a traveler has arrived at their hostel or bed and breakfast and almost immediately gone to scour the shelves of the book exchange, yearning for a Marquez, Allende or Borges (you are in South America, after all). Instead of wallowing in your disappointment at the sorry selection of crumbling paperbacks you find along the way, step through the door of Walrus bookshop in San Telmo, a veritable mini-mecca for English-speaking travelers and residents craving a decent read.

This cozy shop is crammed with 4,000 new and used books including Argentine classics in English and popular paperbacks that have been left in the wake of countless English-reading travelers.

A mish-mash of non-fiction titles includes history, philosophy, religion, art and even reference books. Bring in the book you just finished to receive a modest discount towards your purchase. Prices are reasonable, and the owners, Geoffrey Hickman and Josefina Sánchez, an American-Argentine couple provide friendly customer service in order to help you find that one book that will turn that 20-hour bus ride from hell into a journey of literary bliss.