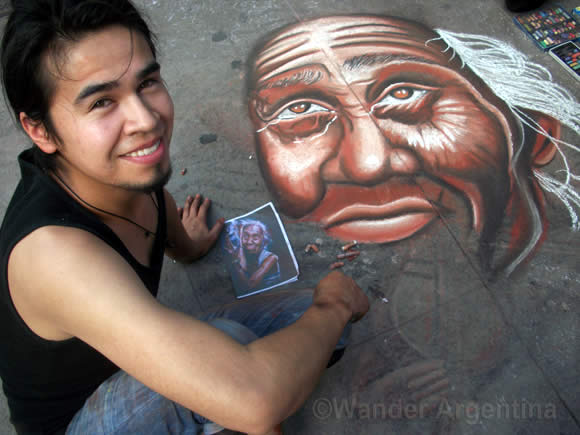 Artist, Cristian Herrera does a chalk drawing on Florida Street in downtown Buenos Aires. The Colombian artist says he earns anywhere from AR$ 300-1,500 a day in donations from passers-by. Artists are legally allowed to busk in Buenos Aires, while selling manufactured goods on the street is prohibited. Herrera, also known as ‘Kiki,’ says he’s only encountered problems with arbolitos (money changers) getting upset that he’s on ‘their territory.’