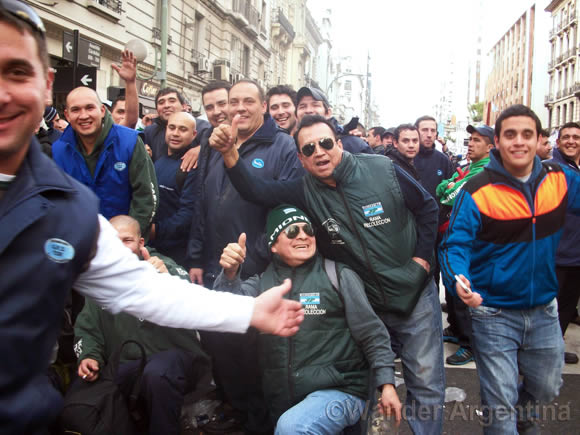 Opposition protesters led by labor leaders Hugo Moyano and Luis Barrionuevo pose while protesting outside of the ANSES (National Social Security Administration) headquarters on Avenida Córdoba. They were gathered to demand an increase in pension payments to $3600 per month as well as the payout of judgements  in pensioners favor.

Moyano, a notoriously rough-around-the-edges labor leader, reacted strongly upon hearing that the government is settling its debt with the Club of Paris.

“First they should pay the retired people because that would be really defending human rights,”he said.

This protests follows a national strike on the 10th of April and a protest in the Plaza de Mayo on the 14th of May by the same groups.