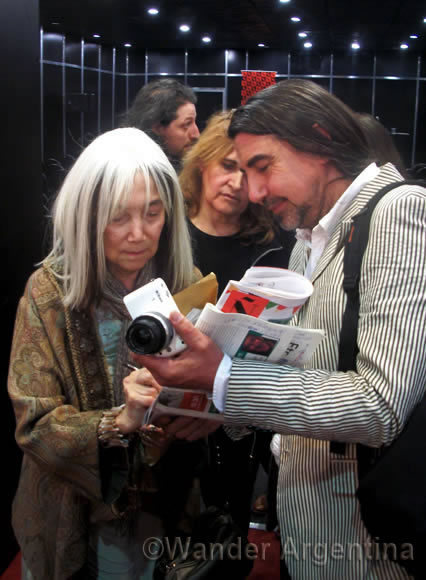 María Kodama, Jorge Louis Borges’ widow and sole heir is flanked by fans after a presentation at the 40th edition of the Buenos Aires Feria del Libro. In a revealing presentation ‘La aventura de reencontrar a Borges‘ (‘The adventure of rediscovering Borges’) with Peruvian literary critic, Julio Ortega, Kodama discussed two new unpublished Borges works that were first published in Sunday’s Ñ magazine; the reasons she had previously petitioned against publishing of some translations of Borges’ work; and gave details about why the famed Argentine writer decided to die in Geneva, Switzerland.

Now that the 40th edition of the Feria del Libros has ended, the La Rural event space is gearing up for ArteBA, an annual contemporary art fair.