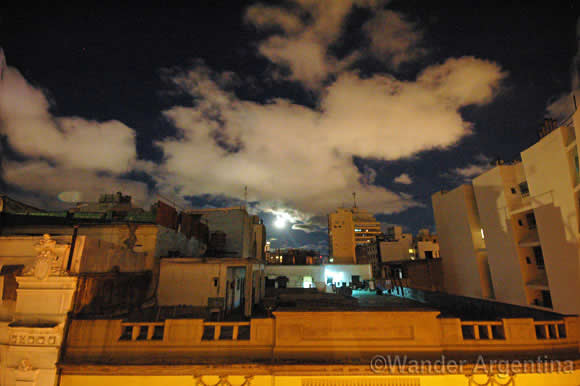 The latest full moon of May 5, over the Buenos Aires neighborhood of San Telmo.

‘Super moons,’ or Perigee moons as scientists call them, take place an average once per year, when the moon is closest to the earth. On May 5, 2012 the moon was 15,300 miles closer to the earth than normal. As it was near the horizon it lined up with the earth and the sun, making it 14% fuller and 30% brighter than normal, according to NASA.

This full moon caused the highest tides of the year due to increased lunar gravity. Popular folklore maintains that full moons cause an increase in crime, deviant behavior and hospital admissions. Did anything crazy happen to you on Saturday night? Tell us about it on the Wander Argentina Facebook Page.