You are here: Home / Gay Tango in Buenos Aires: Taking The Milonga Back to its Roots / gay-tango-foto- 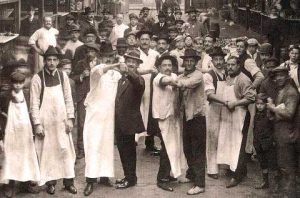 Did you know that originally tango was usually danced between men? In the late 19th century and early 20th Century in Buenos Aires there were not many singles women available, so men practiced together so that they would know what they were doing when they finally had a chance to dance with a woman.