You are here: Home / Archives for Chomsky 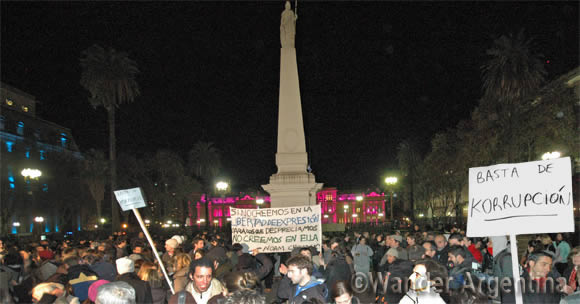 Cacerolazo on Thursday, June 8 in Plaza de Mayo. One week after middle and upper class citizens first took to the streets to protest limits on the purchase of dollars, corruption and crime in Argentina, a modest crowd of a few hundred people braved the cold to bang on pots and pans.

Kirchner supporters dubbed the protest a ‘Fracacerolazo’ (Fracaso+Cacerolazo) because so few people turned out.