You are here: Home / Archives for gaucho tour

San Antonio de Areco, only an hour-and-a-half from Buenos Aires, is an idyllic pampa town to experience the charm of Argentine gaucho life.

An easy drive from the capital, the picturesque pueblo welcomes day tripping porteños and international jet setters in search of their inner cowboys.

The town dates to 1730 and to this day it preserves a great deal of the creole and gaucho (cowboy) traditions, especially among its artisans, who produce very fine silverwork and saddles.The town was first made famous by the writer, Ricardo Güiralde’s 1926 novel, La Segunda Sombra, credited with altering the Argentine elite’s previously negative opinion of the Pampa cowboy into that of the ‘noble gaucho.’

The pretty central Plaza Ruiz de Arellano is named after of the town’s founding estanciero (ranch owner), and is surrounded several historic buildings, including the local parish church, Iglesia Parroquial and the Casa de los Martínez, a Colonial-style building dating to 1720. 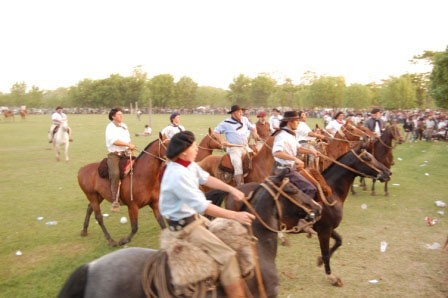 In San Antonio de Areco you can visit any of the local estancias to take a horse ride led by a gaucho guide or pass the day checking out the museums, antique garages and clothing shops.

Take a look in the Ricardo Güiralde Museum and the Usina Vieja Cultural Center, where you can check out primitive agricultural apparatuses and handicrafts. Go for a walk through the picturesque Creole Park on the banks of the Areco River and pass by the Puente Viejo, or ‘the old bridge’ where every cowboy once had to pay a fee to cross his horse.

This sister city to Laredo, Texas is easily accessible on foot; strolling along the narrow sidewalks you’ll be certain to chance upon countless regional workshops where the traditional arts of making crafts in leather and precious metals is practiced as it always has been.

Take the opportunity to stock up on your boina (a gaucho-style beret), bombachas (baggy gaucho pants) and alpargatas (espadrilles, canvas shoes) for a portion of their price in Buenos Aires.

For a cold beer and a picada (meat and cheese platter) in a rustic setting among gauchos stop at the Boliche de Bessonart, on the corner of Don Segundo Sombra and Zapiola. For something warm on a chilly day, try La Esquina de Merti on the corner of the main square for a cortado (macchiato) or submarino (Argentina’s equivalent to hot chocolate; a glass of steamed milk with a stick of bitter chocolate left to melt within) and watch the world and gauchos go by.

For a reasonably priced, hearty meal try the traditional criolla offerings at Cafe de las Artes. The menu offers homemade pasta dishes, slow-cooked grilled meats, fresh from the fields, as well as specials including tenderloin pork in a beer and honey sauce with creamed sweet potatoes.  The wine list is substantial but not overwhelming, with wines ranging from a drinkable bottle of La Moras Malbec to a mouth-watering Septima.

Another hot spot offering a fresh asado (barbecue) dinner and typical Argentine fare is Puesto La Lechuza, at the home of Belen Güiraldes, a descendant of San Antonio’s favorite hometown hero, Ricardo Güiraldes. It’s only open on weekends, but every Saturday night there is live entertainment and dancing.

If staying overnight, you’ll want to head along with the locals to a peña; a party with folk music and dancing, on the weekends there is sure to be one in the central plaza. Single male visitors will be left to nurse their drinks. Female visitors will find it difficult to say no to a dance— the ruggedly handsome gaucho’s can be very persuasive on their Saturday nights off the farm. 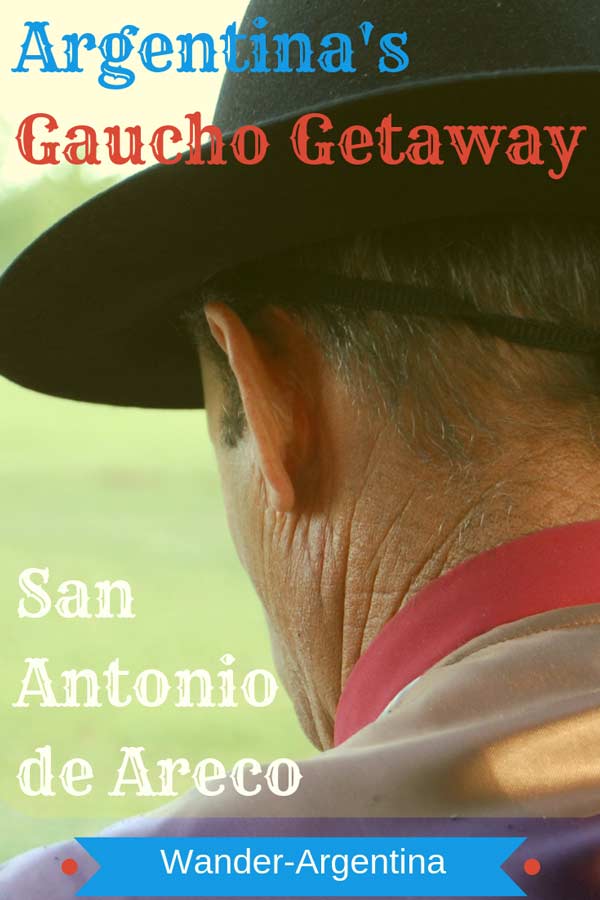 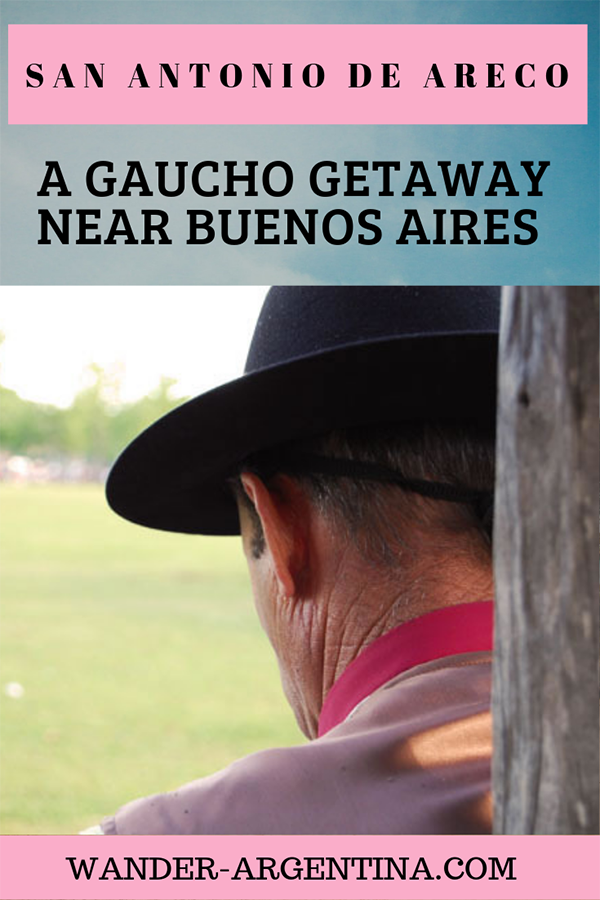