You are here: Home / Archives for ghosts 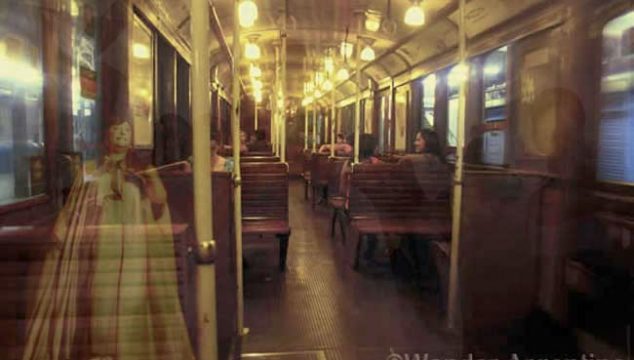 Line A of the Buenos Aires Subte, completed in 1913, is the oldest subway line in South America and according to the city’s folklore, its most haunted. Even though the elegant century-old cars were replaced in 2013, the spooky tunnels still lend themselves to ghost stories. 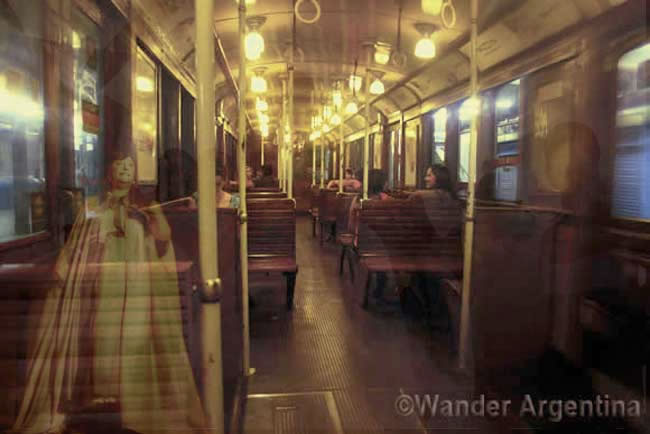 The Ghost Workers of the Subway

Blood has been on the tracks of Line A since the beginning. Construction of the tramway, which originally connected Plaza de Mayo and Plaza Miserere, was a huge undertaking, considering the technology of the time.

The 24-hour a day push to finish on deadline took the lives of two Italian workers, Salvador Vaca and Antonio Salas, when a newly constructed subway wall collapsed on them while they were working the night shift.

Since then, they gained fame as the ‘Fantasmas de los Obreros del Subte‘ (Ghost Workers of Line A). They have a legitimate gripe that may keep them from resting in peace — initially a cover-up led to reports that they fell, but it came out later that negligence caused their deaths.

Workers say that while cleaning the trains, even after subway operating hours, they hear footsteps and sometimes see a reflection of weathered faces in the window, but when they turn around there is no one there.

As the 20th century progressed, more souls lost their lives along Line A, adding to the number of apparitions on the trains. On April 15, 1953 Juan Domingo Perón was speaking to the crowds from the Casa Rosada when a bomb planted by anti-Peronists exploded inside Plaza de Mayo station below, killing six people. Another bomb planted to go off at the same time in the crowded Plaza de Mayo thankfully was a dud.

(In an ‘only in Argentina’ aside, three and a half decades later, a subway stop on Line D of the subway was named after one of the protagonists of the tragedy — look for Carranza stop, named after domestic terrorist, Roque Guillermo Carranza). 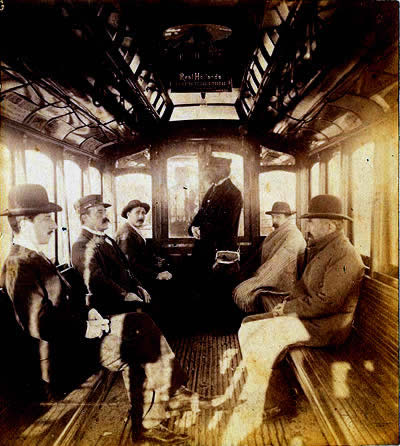 Multiple people have reported strange occurrences in the Saenz Peña station and those who wait for the train here may feel a foreboding sensation. Soon after the station was constructed in 1913, a worker alerted his superiors that there was a blood-covered cadaver in the bathroom. When security went to investigate, they found nothing unusual.

Management decided the worker was hallucinating due to exhaustion and sent him home. The next day, another worker — unaware of the previous day’s event — reported seeing the same thing. Again, another worker went to investigate the bathroom, but found nothing. Use the bathroom at Sáenz Peña with caution.

The Phantom Tunnels of Subway Line A

Ghost hunters should keep their eyes peeled out the window when traveling on Line A between Alberti and Pasco stations. According to Buenos Aires urban lore, translucent figures can be seen in the darkness of the tunnels when the wagon lights flicker off.

Up until the 1950s, lines functioned in both directions between the two stops, even though there is only 200 meters between them. Alberti station was damaged by a fire started by a Peronist group at the Socialist Party headquarters on the same block, known as the Casa del Pueblo, in retaliation for the bombing in the plaza described above earlier the same day.

From that day on, Pasco station only functions for southbound trains, and Alberti only for northbound, meaning these so-called ‘half stations’ both have ‘phantom lines.’

In the most threatening display of preternatural forces, subte workers say something turns off all of the security cameras at night. When turned back on, translucent figures stare close into the camera in a menacing way, attempting to scare away the subway workers, whom the ghosts of Pasco station clearly feel are intruders.

Metrovías workers also report hearing footsteps, and say that after the subway shuts down at night silhouettes of people wearing old-fashioned clothing appear waiting on the platform.

Several workers have blamed the ghosts for causing them to quit their maintenance jobs on Line A.

The Phantom Bride of Line A

A young woman in a lacy Belle Époque-style wedding dress also haunts these tunnels. The story of the ‘Phantom Bride of Line A’ goes that upon realizing that she had been stood up at the altar — or in an alternate version, was being coerced to marry a man she didn’t love — she ran out of the nearby cathedral and threw herself on the train tracks in a rash suicide.

Nighttime workers claim the ‘phantom bride’ appears for a split second, but disappears when they look again. Thankfully, the young bride’s spirit is benign, but a sighting of the phantom bride of Buenos Aires is a bad omen for newlyweds. 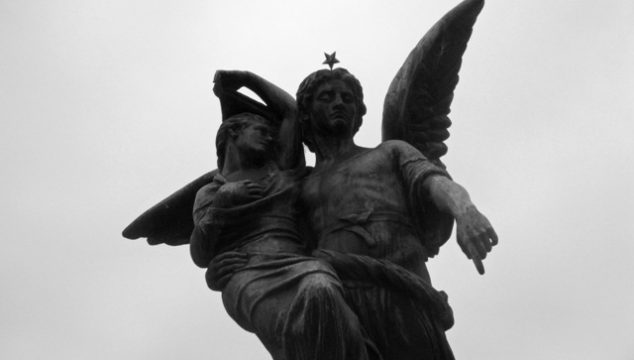 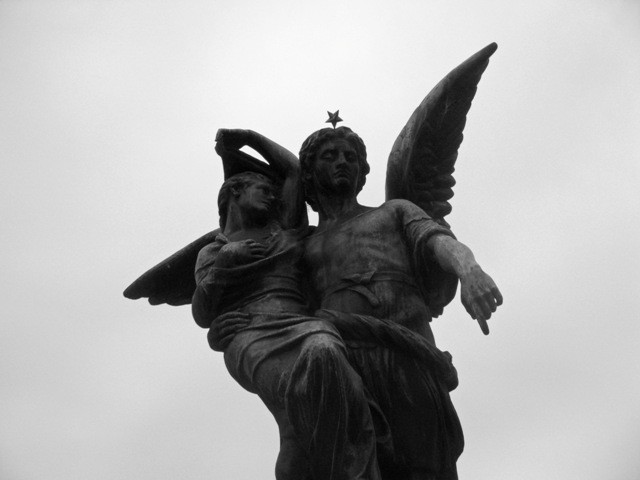 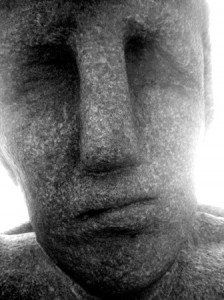 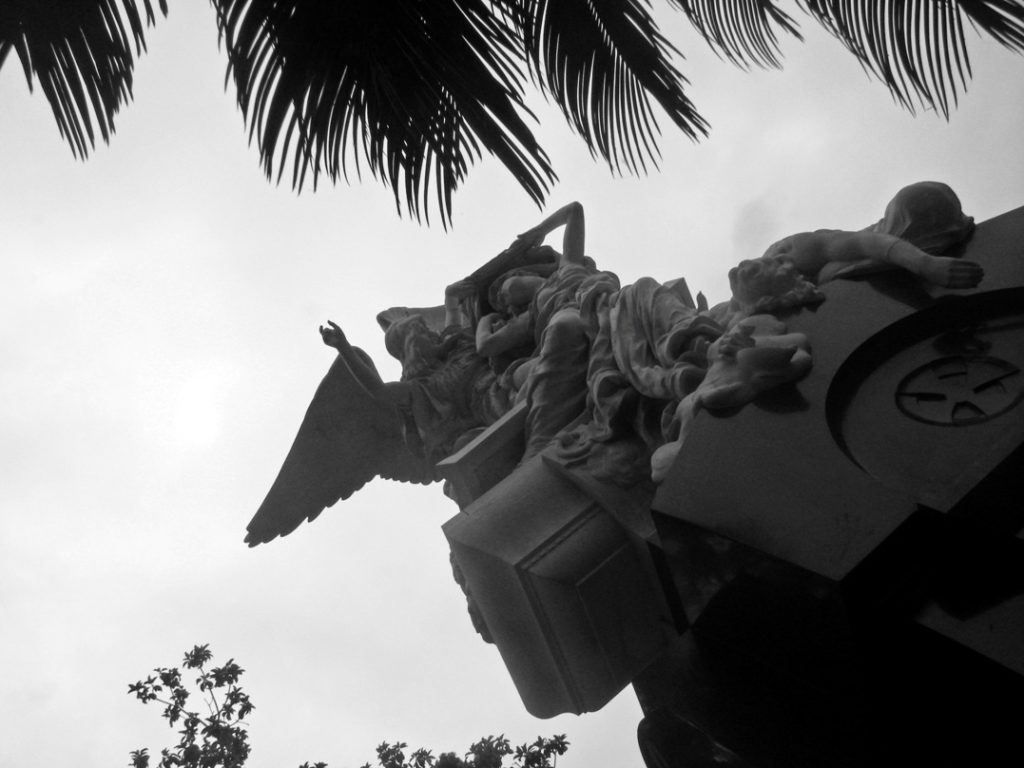 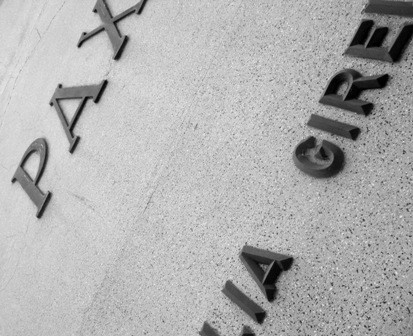