You are here: Home / Archives for money 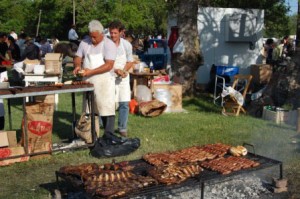 Any fair day is a good day to go to San Antonio de Areco. The ideal time to visit though is during the gaucho festival, which celebrates the ‘Day of the Gaucho’ on the 10th of November. Gauchos and their horses from all over Argentina come galloping through the cobbled streets to compete in cowboy competitions in a festival that resembles a grand country fair.

-By car: Take the Panamerican Highway towards Pilar, then head 115 km down Route 8. Be sure to carry small bills; there are two tollbooths on the road.

-By public transport: Chevalier, with 17 buses daily, is probably the best option to arrive at San Antonio de Areco from Buenos Aires via public transport. Reserve your ticket with a Visa or MasterCard by phone by calling 4000-5255 or just purchase them in Retiro, at stand number 67 or 73. The trip takes about an hour-and-a-half and costs AR$23.

Many businesses in San Antonio de Areco only take cash, there are three easy-to-find ATMs in town.

San Antonio is famed for its leather and silverwares, shoppers will find plenty to take home just wandering around the town.

San Antonio de Areco is recommended for disabled or special needs travelers who want a taste of Argentine cowboy life — the government has undertaken special initiatives to make the town accessible. Patio Moreno, a newer hotel right in the center of town is also fully accessible. Visit the San Antonio de Areco tourist office downtown at the corner of Zerboni and Arellano for any special requests or call them at (2326) 453-165 any day of the week from 8 am until 7pm. 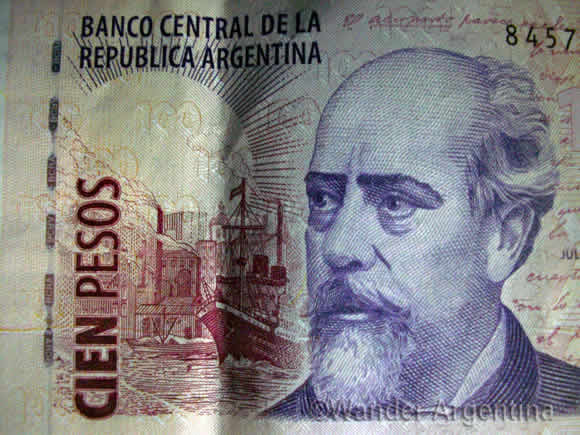 With its wealth of natural resources and fertile land, Argentina enjoyed an abundant beginning to the 19th century and was one of the world’s richest countries only one hundred years ago.

Through the years, a chaotic political landscape, corruption, and free-for-all privatization in the 80s and 90s has wreaked havoc on the economy since the golden days (or in Argentina’s case, the silver days).

Since the 2001 economic crisis and resulting devaluation of the peso, visitors looking to get mileage for their moolah have been flocking to Argentina, although tourism has waxed and waned this century.

The country’s economic situation stabilized somewhat for citizens the decade after the crisis, as employment increased and poverty rates fell, but Argentina is on a constant roller coaster ride and the future is always uncertain.

As with many places around the world, stagnant wages, rampant inflation and the resulting austerity efforts mean poverty is on the rise again.

Argentina is considered an affordable destination for travelers, but the 2002-2007 years of eight dollar steak and Malbec dinners, once faded into the background, are on the horizon again.

* this post is updated to reflect the return of currency controls put in place beginning in September, 2019 and ramping up in 2020.

For several years, under the government of Cristina Kirchner from 2011 until January 2016, Argentina had strict currency restrictions in place, which created a huge black market for dollars.

One of Mauricio Macri’s first moves as president in 2016 was to regularize the flow of currency so that the black market for currency was largely diminished.

Things get confusing for those with old guidebooks because, while the currency situation was normalized for several years, now due to rampant capital flight and dwindling foreign exchange reserves currency controls were reinstated in September, 2019. Then, black market ramped up when even tighter currency controls were put in place December 2019, when the Peronist government took power again.

In Buenos Aires and around the country, the official bank exchange rate is once again significantly lower than the black market rate.

Today, the black market (or so-called ‘blue dollar’) for foreign currency has not yet reached the 45% spread of 2015 but travelers will find they can get a more pesos per dollar by exchanging cash on the black market. The spread as of January 2020 is hovering around 25%.

So today the situation is that travelers can save lots of money if they come to Argentina with US dollars.

Outside of Buenos Aires, travelers may find they can even get more pesos in exchange for their dollars.

Carrying USD or Euros is also a good way to avoid not just a bad exchange rate but also steep ATM fees, which run about US$10 per withdrawal in Argentina, for any amount.

For those who didn’t come with cash, another way to access money, avoid bank fees and get a better rate than at the bank is to utilize a money exchange service such as Western Union or XOOM.

Transferwise may be another option.

Travelers are legally permitted to enter Argentina with US$-10,000 without declaring it.

In Argentina, both the official and bank market rates fluctuate a lot, so check the currency converter below to see the official rate before planning your trip.

To see the black market rate, check a daily newspaper in Argentina — most have all the different exchange rates listed on the front page. The Blue or Black market dollar is listed as the ‘dólar informal‘ while the ‘dólar oficial‘ is the bank rate.

→ To read about transferring money from your home bank account if you don’t have cash, read Money Transfers to Argentina 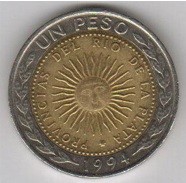 • While in Argentina be sure to hoard (yes! hoard!) your small bills and change. There is a huge problem with the flow of currency in Argentina. It’s not uncommon for the grocer to hand over a piece of hard candy in lieu of your small change.

2018 Update: the coin problem has been somewhat alleviated in Buenos Aires by the introduction of the electronic SUBE card for public transportation.

• If you try to pay a cab driver with a 1000 note, or even a 5oo peso note, for a short ride, he will very likely laugh at your naivety — if he doesn’t outright insult you (or even try to scam you).

• Major hotels, tours and large restaurants will accept credit cards, but if you get out of the tourist zone you will find many restaurants and stores do not, and if they do they may only accept one type of credit card. Many businesses also give you a better rate if you pay en efectivo (cash) because of credit card transaction fees.

•Thankfully, ATM’s are abundant in most major cities and accept all types of debit and credit cards – the downside is an ever-increasing fee on every transaction. Currently the fee is approximately US$10 for a transaction of any amount, and the withdrawal limits are very low at under US$200 per transaction.

It used to be that travelers who wanted to get the best exchange rate would travel to Argentina with coveted U.S. dollars and sell them to friends or exchange them at underground exchange houses. The illegal exchange houses still exist in downtown Buenos Aires but now the difference between the official exchange rate given at the bank and the black market rate is only about 3%.

If you plan on relying on a bank card during your stay in Argentina you may want to consider finding a home bank that reimburses transaction fees before your trip. To be on the safe side, carry two different bank cards, kept in different places, during your stay. When using ATM’s beware that sometimes they are slow to spit the card back out at the end of the transaction. Many a traveler has withdrawn money and walked away, accidentally leaving their card in the machine.

• Traveler’s checks — such a great idea, but they are, at best a total headache and at worse virtually useless in most of Argentina, unless you enjoy spending your time standing in line at the bank. One reliable place to cash them is at the American Express office in Buenos Aires, but otherwise they can be problematic.

Personal checks are virtually unheard of in Argentina, it’s even illegal to send them through the mail. Leave your personal checkbook at home, it will do you no good.