You are here: Home / Archives for Monserrat 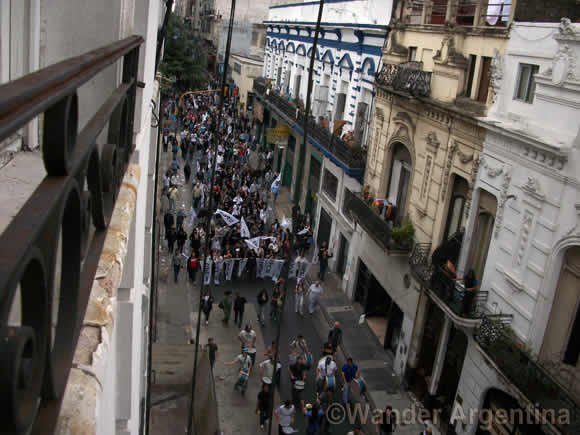 Protestors spilling over from Plaza de Mayo into the Monserrat neighborhood.

On Wednesday, June 27 there was a city-wide strike in Buenos Aires among truck drivers, sanitary workers, airline employees and others. It was led by the CGT, the General Confederation of Labor of the Argentine Republic, directed by the notoriously brutish union leader, Hugo Moyano.

The strike and rally in downtown Buenos Aires around the Plaza de Mayo were to demand cuts in income taxes for workers of the nation’s largest trade union. Flights were canceled or delayed, garbage piled up on the streets and transportation was disrupted downtown, but the impact was not nearly as profound as strikers hoped. 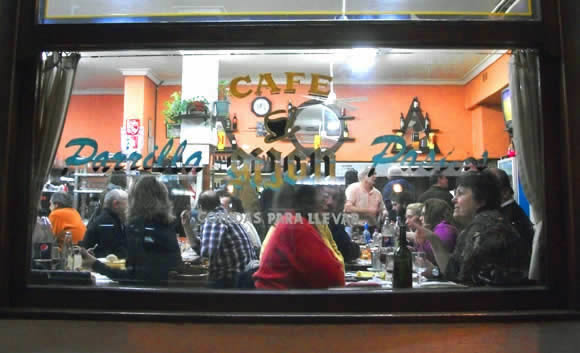 If you’re looking for Spanish food in a unpretentious bodegón de barrio try Gijón in the oft overlooked the Monserrat neighborhood, right next door to San Telmo. 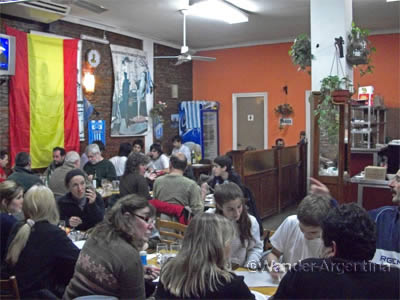 There’s a parrilla for the meat lovers, most popular for the bife de chorizo, and a range of homemade pastas on the menu, but this is the place to go when you’re craving seafood — normally elusive on Buenos Aires’ menus.

The rabas (deep fried squid) are a great appetizer to share as is the provoleta a la parrilla (grilled provolone).

For a main course you can’t go wrong with the house favorite, cazuela de calamares (calamari casserole) or go for the excellent seafood paella, which can be shared between three or four.

Save room for the cavity-inducing flan covered in dulce de leche and whipped cream.

Make like a gringo and go early – there tends to be a considerable wait time for a table later in the evening. 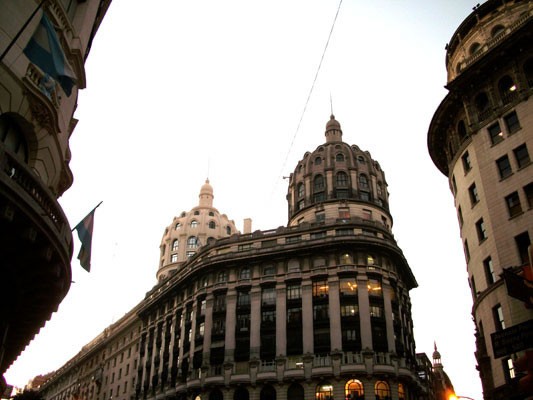 Another architectural gem on the heavily photographed corner of Diagonal Norte at Florida Street is Edificio Bencich at Roque Sáenz Peña Avenue 615. It was designed by French architect, Eduardo Le Monnie and completed by the Bencich Brothers firm in 1927.

This building, with its traditional mix of French and neoclassic architecture, was much more amenable to the tastes of residents at the time than the La Equitativa del Plata building across the street.

It features two five-story top domes that give spectacular views of Diagonal Norte to the lucky people that work there. The façade features sandstone moldings and wrap-around balconies on the second and ninth floor. 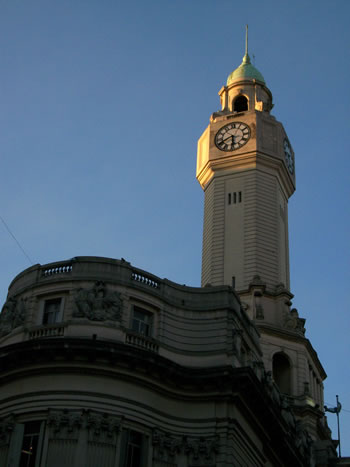 On the opposite side of the street sits another unmistakably signature Le Monnie building, the complimentary, Edificio Miguel Bencich constructed at the same time and designed to elegantly encase Diagonal Norte.

Florida Street ends at Rivadavia, one block further south and changes into Perú Street. It remains pedestrian until reaching Diagonal Sur in the historic Monserrat neighborhood, a couple of blocks further south.

On the final block of the pedestrian mall is the 1931 neoclassic-style Palacio Legislativo (Legislature Palace), with its tall clock tower.

There you’ll often find a gaggle of journalists hanging out in anticipation of breaking news. From here you can go on to explore the Monserrat and San Telmo neighborhoods.