You are here: Home / Archives for organic 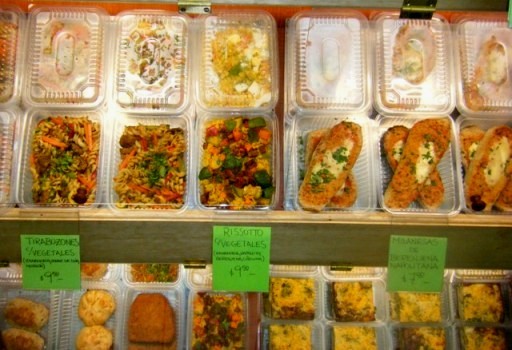 Just because you are downtown doesn’t mean you need to spend a lot of money on lunch. Verde Verde is a vegetarian takeaway joint just half a block from Florida Street that serves up dishes that are both healthy and cheap. It’s also convenient if you’re on the run; you can be in an out in a flash. Verde Verde offers about 8-10 different vegetarian dishes per day, with a few variations to the menu during the week.

Plastic takeaway containers line the display shelves, and customers just have to choose what they want, heat it up in one of the microwaves provided, pay up, and skedaddle. There is also a small bar to eat at for those who want to dine in. If it sounds no frills, that’s because it is, and it’s also the reason that the food is so cheap. Meals range from AR$7-10 and if you are a little person, one will probably fill you up. For bigger people, two dishes is more than enough, and will give you the chance to try different flavors (and you’re still spending less than AR$20).

It’s worth noting that this is not light and fluffy rabbit food that leaves you feeling hungry again an hour later, but genuinely filling meals that will easily satisfy even non-vegetarians. Some favorites include the supremas de pollo falso (fake chicken schnitzels made with soy), buñuelos (fried patties of assorted flavors such as pumpkin and broccoli) and pastas with diced vegetables and meat-like chunks of tofu. There are also a few other organic products on sale such as savory and sweet biscuits, honey and alcohol-free wine. So, if you find yourself around Florida Street at lunchtime, don’t get sucked into the expensive tourist traps. Take a little detour past Verde Verde; you’ll save yourself a few bucks, and probably a few pounds around the waistline as well. 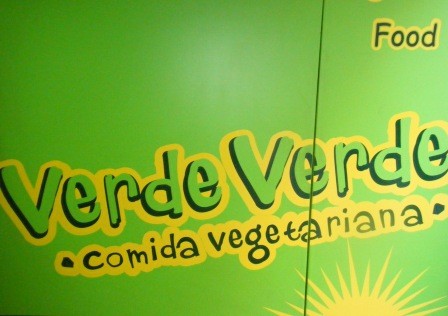 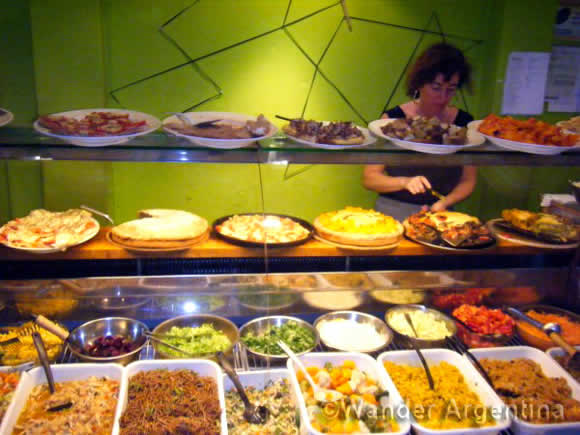 For a vegetarian lunch in microcentro, go no further than Patatas Bravas on Suipacha.

This little gem is organic, but not strictly vegetarian. It features some chicken and fish dishes, but non-meat eaters will find their needs well looked after.

The range of dishes they offer are not just interesting and tasty, but also generous in size — enough to keep a devoted omnivore more than satisfied. 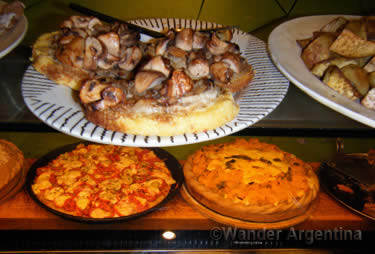 Patatas Bravas is designed for the lunch crowd, so it’s also quick and cheap. You can select from the freshly prepared food over the counter and dine in, or order for delivery. They have a very affordable big lunch, and it’s even cheaper if you take advantage of the complimentary green tea on offer instead of ordering a drink.