You are here: Home / Archives for Rio Negro 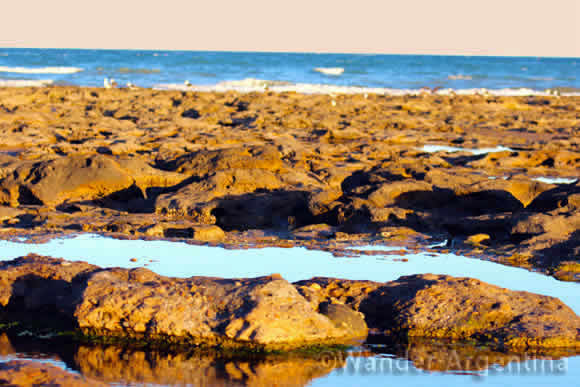 The unexplored and unexploited beaches of Las Grutas are located in the southern and chillier half of Argentina’s long coastline.

Despite its location closer to Antarctica than popular beaches to the north, the Gulf of San Matias boasts the warmest and bluest waters, at almost 27 C, on the entire eastern seaboard.

Located only 15km from San Antonio Oeste, Las Grutas, or  ’The Caves,’ is so named for the coastal cliffs that line the beach. Here, clear waters are swimmable late into the fall, when vacationing crowds are thinned out and prices are low.

So, for those sick of the sticky, city summer heat who don’t want to join the ranks across the river to Uruguay or get squeezed onto a towel-sized spot of land in Mar de Plata, you can take an overnight bus ride from Buenos Aires (16 hours) and arrive in Las Grutas just in time for lunch. 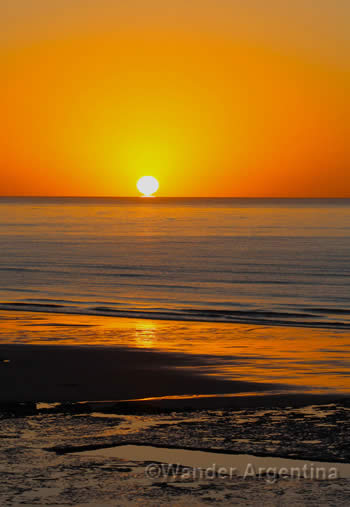 At first, Las Grutas was only a popular picnic spot for Rio Negro provincials but in the 1980s developers stumbled upon the natural beauty here and decided to bring in running water, electricity, and a casino.

Nowadays, there is a year-round population of 3,500 people and a tourist influx of 250,000 a year.  When the out-of-towners flood the sleepy pueblo between December and February, it can make for long lines at the ATMs and kiosks. But with plenty of quiet peaceful beaches to escape to nearby, there is enough space to feel practically alone.

Because of the strong coastal currents of Bahia de San Antonio, the tide in Gulf of San Matias gets sucked far out to sea, leaving almost an entire kilometer of exposed coral and sand at low tide.  When the water recedes, and the sun heats up the green rock surface it warms the water to tepid temperatures.  That, in combination with 12 hours of sunlight per day and average weather forecasts of 30 C, makes for a balmy beachside experience. There are also large rectangular pools visible at low tide, carved into the rock and flagged off by lifeguards that act as natural sandy-bottomed swimming pools popular with kids and parents.

The white-washed walls and strikingly blue waters of the golf are reminiscent of a Grecian seaside but, as the locals are quick to point out, come at a fraction of the cost.  With a meandering rambla (boardwalk) that hugs the cliff side, filled with cyclists and roller-bladers, you can enjoy the view overlooking the ocean and then stroll down one of the 12 designated bajadas (descending staircases) to chase the tide back and forth along the beach. 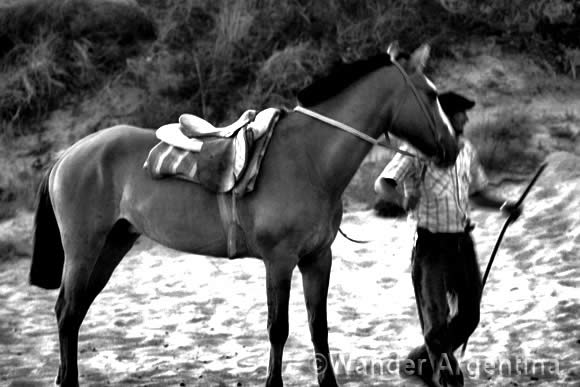 If you came for playa (beach) there are plenty to pick from in this region, such as the tranquil Playa de Piedras Coloradas, the sharp shell-beach of La Conchilla or the hidden Rinconada. You can buy a few inflatable toys at one of the many seaside shops or a game of paleta (rubber-ball tennis) and join the hundreds of people snoozing under umbrellas sipping hot mate.

Along the three km stretch of beach, you’ll find everyone from grandparents sporting skimpy swimwear to young couples getting cuddly and little ones learning to kick a soccer ball in the sand. There are white horses to rent for moonlight rides, popular kite-surfing classes, recreational diving through crystal-clear water or shore-fishing for sea bass and groupers.

A common fisherman’s catch are cornalitos, small neotropical silversides. Abundant on local menus, they are usually fried whole. They make a tasty snack — if you don’t mind the little black eyeballs staring straight back at you.

Once you have soaked up some sunshine, you can head outside the city to hike some surrounding sand dunes; explore the Fuerte Argentino plateau, an 80-meter high natural balcony overlooking the gulf; or go on a jeep safari through Los Alamos, where you can track endangered Andean Condors through binoculars.

There is also the ever-popular and well-advertised Las Grutas Bikini Open in February, along with the two beauty pageants, Fiesta Nacional del Golfo Azul and the 38th annual Fiesta Provincial del Mar y del Acampante. All bring girls from across the country to compete for the ‘summer’s best booty.’

Voyeurism aside, it’s no wonder year-round crowds are drawn to the mild temperatures, warm clear waters, and scarce rainfall of Las Grutas. This cozy seaside gem remains an ‘undiscovered’ treasure that the Patagonians feel hesitant to share with their beach-seeking neighbors to the north.

So if you go, don’t tell the masses.  Otherwise, next year you may find yourself jostled among a slew of stampeding porteños, all speeding southbound towards Las Grutas. 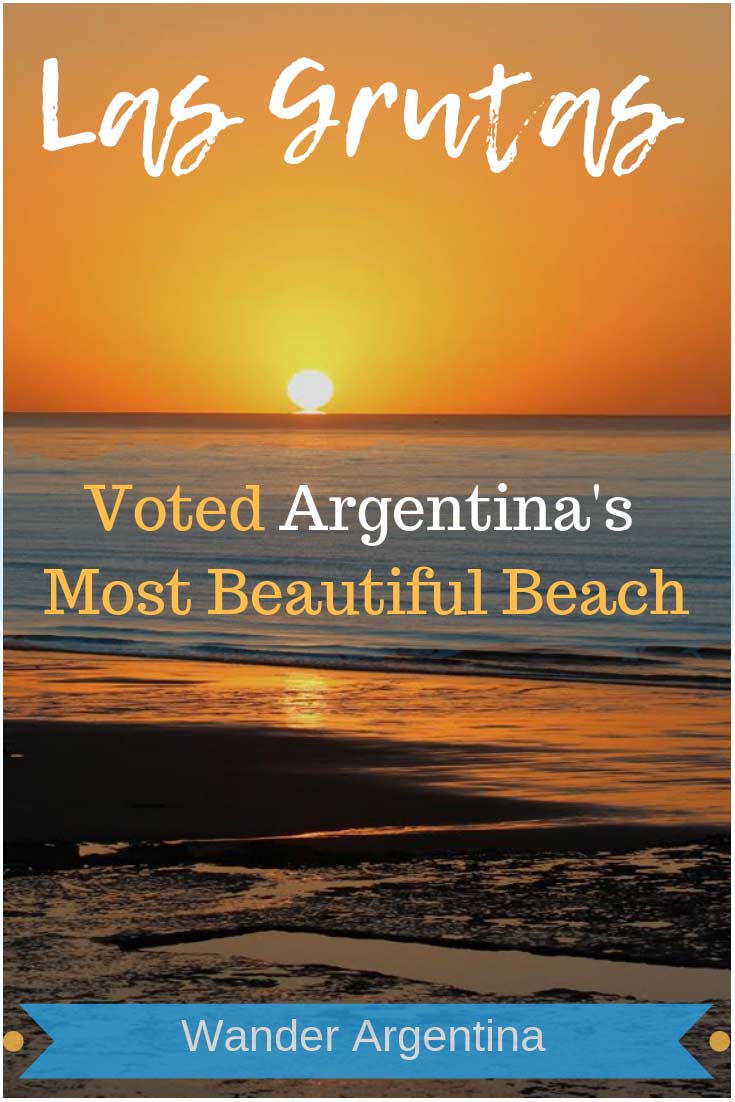