You are here: Home / Archives for black people in Argentina 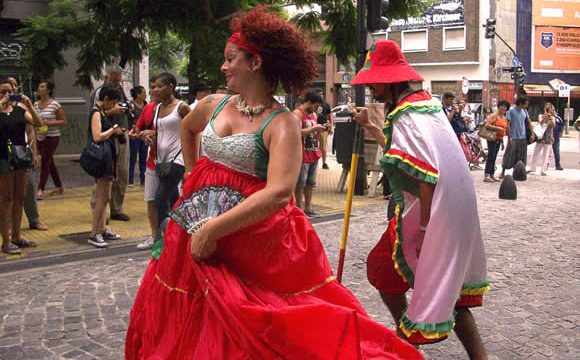 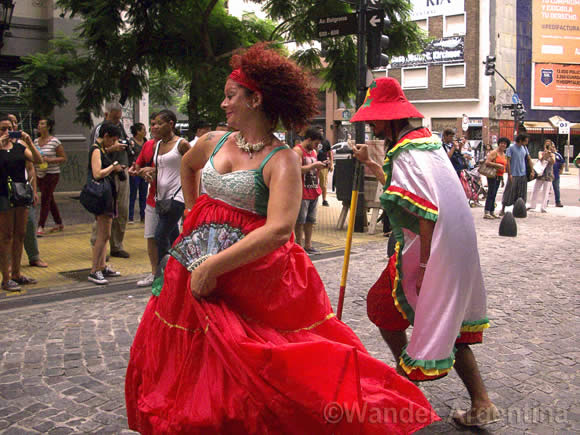 Dancers in the 4th annual Carnival of African Descent in Buenos Aires, hosted by the Argentina’s Culture Department.

While the city of Buenos Aires hosts local murgas in neighborhood Carnival celebrations across the city, this alternative Carnival centered around Manzana de las Luces, is meant to highlight the contribution of African culture to Argentina, including the Carnival tradition itself.

In the latest Argentine census, only 20,000 identified as Afro-Argentines although some sociologists have estimated that up to 10 percent of Buenos Aires’ residents have African blood.

The Carnival was held under the banner ‘Afrodescedientes: Parque Lezama Sin Rejas‘ (African Descendants: Lezama Park Without Gates) in protest to the city’s current renovation of San Telmo‘s Parque Lezama, a plan which includes surrounding it by gates. Among the groups that participated are Lunayembe, La Rosa Negra, Idile Candombe, Escuela de Candombe Bonga, Escalandombe Sur and Afro Raíz for over 10,000 spectators.