Argentina’s main international airport, Ministro Pistarini (commonly called Ezeiza) is 35 km from the Buenos Aires city center and is not serviced by subway or light-rail. Find out the various options available for getting to downtown Buenos Aires from the airport.

Argentina’s main international airport, Ministro Pistarini (commonly called Ezeiza) is 35 km from the Buenos Aires city center and is not serviced by subway or light-rail.

After a long international flight landing in Ezeiza’s chaotic arrivals area, the last thing you want to do is change money at the airport (you’ll get a horrible rate, unless you go wait in line at the airport’s National Bank, which is only open during office hours) and then hunt down a legal taxi and haggle in funky Italian-like Spanish.

Travelers should be aware that there is what is referred to as a ‘mafia’ of taxis at Ezeiza and even locals consider hailing a cab at the airport a sketchy prospect.

Those who do decide to take a chance and just hail a taxi at the airport would be wise to go out of the terminal and find an official taxi that is dropping passengers off in the departure area, instead of grabbing an empty one waiting like a vulture looking to prey on tourists outside of arrivals.

Recently a crime syndicate was uncovered where shady chauffeurs ‘tip off’ robbers to potential theft targets, who are then robbed immediately upon arriving at their hotels. In November 2019, a Canadian man was assaulted and robbed of his Louis Vuitton bag containing a laptop as he was checking in to his downtown hotel. A British man was robbed of his Rolex watch while unloading bags in the street after arriving at his Airbnb with his family. In the saddest case another British man was shot and killed as he tried to fight off the robbers outside of the Faena, one of the city’s most exclusive hotels.

The absolute cheapest way to get to Buenos Aires from Ezeiza is to take the public bus number eight. Few travelers go for this option because it takes at least 1.5 hours, it can be a struggle to get on and off the bus with luggage and you need a pre-paid subte smart card to pay the fare.

Previous travelers to Argentina who already have a subte card and want to fetch the number eight to get to downtown can do so by walking about 60 meters down the road leading out of the airport to the bus stop. The number eight bus comes about every 30 minutes.

The second most affordable option to get to downtown Buenos Aires are the shuttle buses available at the airport such as Manual Tienda Leon, which leave approximately every thirty minutes.

The drawback to the shuttle bus option is that there is often a line after flights land, so there may be a wait of up to an hour. At slow times they wait for the bus to fill up before heading to the city.

You have two choices if you take Manuel Tienda Leon (or one of the other shuttle minibus services): get dropped off at their office in downtown Buenos Aires and take a taxi from there, or pay an additional fee to be dropped-off at your hotel or AirBnb.

Those who who choose to only book the shuttle service to Manual Tienda Leon’s  downtown drop-off point across from Luna Park will want to be mindful about being in the busy downtown area with luggage.

It is also a good idea to calculate the distance from the Manuel Tienda Leon office to your hotel or Airbnb because the total price between the shuttle and the taxi may end up being similar to private pickup for two or more people, but with a lot more hassle.

The higher-priced Manuel Tienda service to your ultimate destination involves getting dropped off at their downtown office, unloading luggage and then waiting for their taxi service to take you to your final destination.

Because they try to consolidate rides, customers may have to wait or go pick up passengers going the same direction, so the whole process can be tiresome and time-consuming and leave weary travelers wishing they had just booked private airport pickup.

Those who prefer a direct Ezeiza shuttle service with no stops, unloading luggage or waiting can book it online here (at no extra cost to you).

Uber is blocked on the airport’s free wifi because the government supports the taxi unions in their fight to preserve their jobs in the age of ride-sharing.

If you have your own cellphone data plan that works locally you can try to call an Uber, but be aware drivers often cancel airport pickups because of ongoing clashes with aggressive taxi drivers.

→ Read more about the Uber controversy in Argentina and other available ride-sharing apps here.

Renting a Car at Ezeiza

It is also possible to rent a car to get into town from the airport, check out our Argentina driving information and car rental page here.

Since Buenos Aires has pretty aggressive driving and travelers may be tired after a long flight, renting a car immediately after landing at the airport is only recommended for experienced drivers. 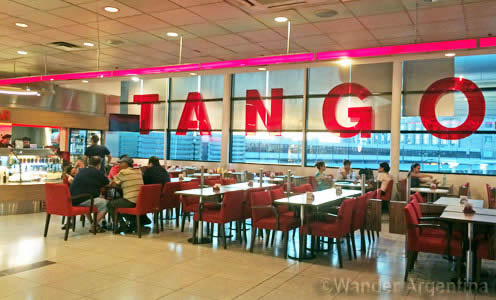 It is important to note that Ezeiza is Buenos Aires’ international airport, but domestic flights do not fly out of there.

Those traveling immediately to another destination in Argentina will have to get a transfer to the local domestic airport.

In the pull-down menu below, we offer direct transfer from Ezeiza (EZE) to the domestic airport, Aeroparque Jorge Newbery (AEP) and vice versa, as well as transfers to newer domestic airport El Palomar (EPA), which is the hub for budget airlines such as Jetsmart and Flybondi.

For safety, comfort and convenience, Wander Argentina offers private pick-up from Buenos Aires’ Ministro Pistarini (EZE) to anywhere in Buenos Aires city as well as transfers to the domestic airports and cruise terminal. 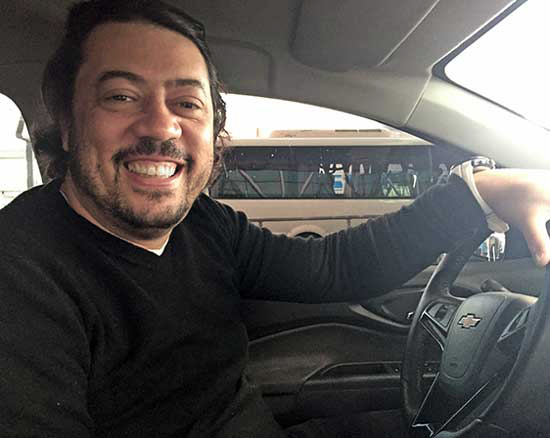 After booking online below, you’ll receive an email confirmation.

Once you land in Buenos Aires, our procedure is to send a Whatsapp message via the airport’s free wifi (AA2000) when you are going through customs.

Our friendly driver will be waiting for you at the arrivals area by the Starbucks. You will know what he looks like from his Whatsapp profile picture.

The car is a roomy sedan with air conditioning, heat and wifi.