The Museo de Arte Latinoamericano de Buenos Aires (MALBA by its Spanish acronym) should be at the top of the museum list for art lovers visiting Argentina’s capital. 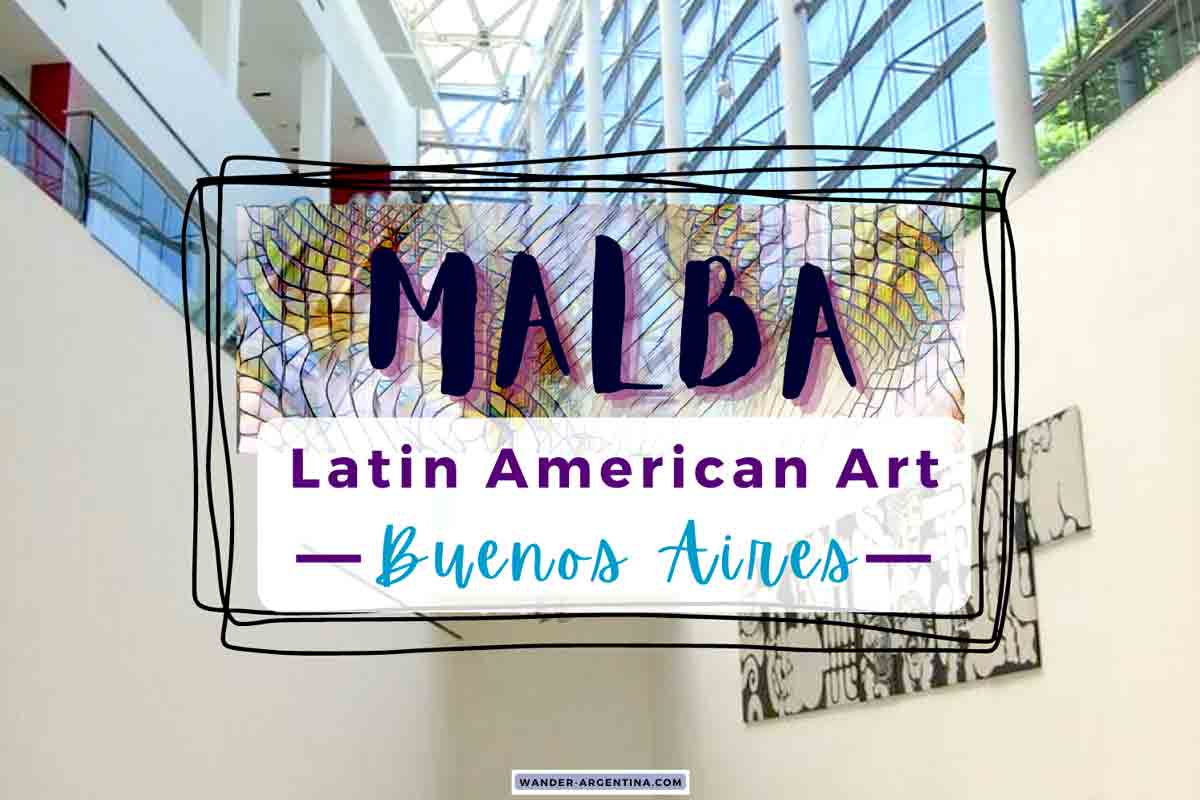 The museum contains an impressive permanent collection and a continuous stream of new and exciting temporary exhibitions.

Since its founding in 2001, The Latin American Art Museum of Buenos Aires has been dedicated to the preservation, dissemination, and integration of modern and contemporary Latin American art worldwide.

Located on the tranquil and historic Avenida Figueroa Alcorta in Palermo, the MALBA building was constructed to blend in with its surroundings and encourage a natural interaction between its visitors and the art it showcases.

At MALBA, even a bench is not just a bench:  museum-goers in need of a break find themselves sitting on planks of wood that curve, wind, and intertwine on the floor and climb up the walls of the sun-drenched four-story building.

Inside, the gallery space is sectional yet fluid: visitors seamlessly transition from one period of art to the next.

Comprised of a selection of over 700 works from the private collection of founder, Argentine businessman and collector, Eduardo Constantini.

MALBA’s permanent collection spans the entirety of the 20th century, beginning with the vanguard.

The collections culminates with the contemporary, including early works from Marta Minujín, a conceptual artist who is a Buenos Aires favorite.

Painting, sculpture, photography, print, drawing, and installation are all highlighted.

Along the journey visitors come into contact with major works by:

The trajectory of the Argentine painter Antonio Berni is particularly noteworthy: from Manifestacion (1934), a social realist scene of twisted faces protesting for work and bread, to the eclectic sculpture Devoración o la pesadilla de Ramona (1965).

The later work depicts Berni’s famous and fictional prostitute Ramona, thigh-high clad legs up and flailing while being devoured by a crocodile.

With the breadth of Berni’s work at MALBA, the visitor gets a strong sense of the artist’s aesthetic and politics throughout his career.

While undoubtedly worth a visit on its own, MALBA’s permanent collection is relatively small: it occupies only part of the second floor of the building.

The permanent collection’s limited size means there is always something fresh at MALBA, with ongoing temporary exhibitions and acquisitions each year.

The acquisitions program focuses on contemporary pieces by Argentine artists and has brought in over three hundred works since its initiation in 2004.

Among MALBA’s previous temporary exhibitions was a major retrospective of the works of the famed conceptual artist (and native porteña) Marta Minujín.

Artists of other nationalities are included as well.

In early 2010 MALBA displayed one hundred geometric pieces on loan from the Daimler Art Collection in Berlin.

In the summer of 2009-2010, MALBA put on the first large-scale exhibition of the works of Andy Warhol in Argentina.

The showing ignited a city-wide Warhol fever among art students in Buenos Aires, reflected in some of the city’s abundance of street art.

MALBA is operated by the non-profit organization, Fundación MALBA and also functions as a cultural center.

Classic and contemporary films from Argentina and around the world are screened in the first-floor auditorium multiple times each week.

Among the cultural offerings are guided tours and lectures and workshops and activities for children, mentally disabled adults, the blind and seniors.

In 2022 MALBA Costantini acquired the most expensive piece of Latin American art in history.

The work is Frida Khalo’s ‘Diego y yo‘ (Diego and I), purchased at a Sotheby’s auction in New York for 35 million.

It’s the last self-portrait of Kahlo created before her mysterious death at 47 years old.

It will be on display along with 240 pieces for a one-year temporary exhibition called ‘Tercer Ojo‘ (Third Eye).

Food is available at MALBA too: the gourmet Café des Arts is attached to the museum and overlooks the placid Plaza República de Peru.

Sit in the garden if the weather is nice.

And prepare to spend some pesos — a meal at Café des Arts is not cheap.

For those eager to read up on a new favorite artist or simply craving a souvenir, there’s a bookstore that sells titles in both Spanish and English.

One such trinket is a piece of curved wood (presumably to be used as a bookmark), akin to the planks of the bench on the second floor: perhaps not the most exciting token of MALBA, but nonetheless representative of this world-class museum’s continuous growth and boundless outreach.

The Museo de Arte Latinoamericano de Buenos Aires (MALBA) is known as one of the premier museums in Argentina and all of Latin America.

– Discount Wednesday: Half price for all adults; for students, — free for teachers & seniors (with ID)

• Film screenings: are half price for students and seniors

• Check the Malba website for film showings and activities