Buenos Aires is the birthplace of many a prominent writer, but it takes a visit to fully unveil the enduring love of reading in South America’s city of books. 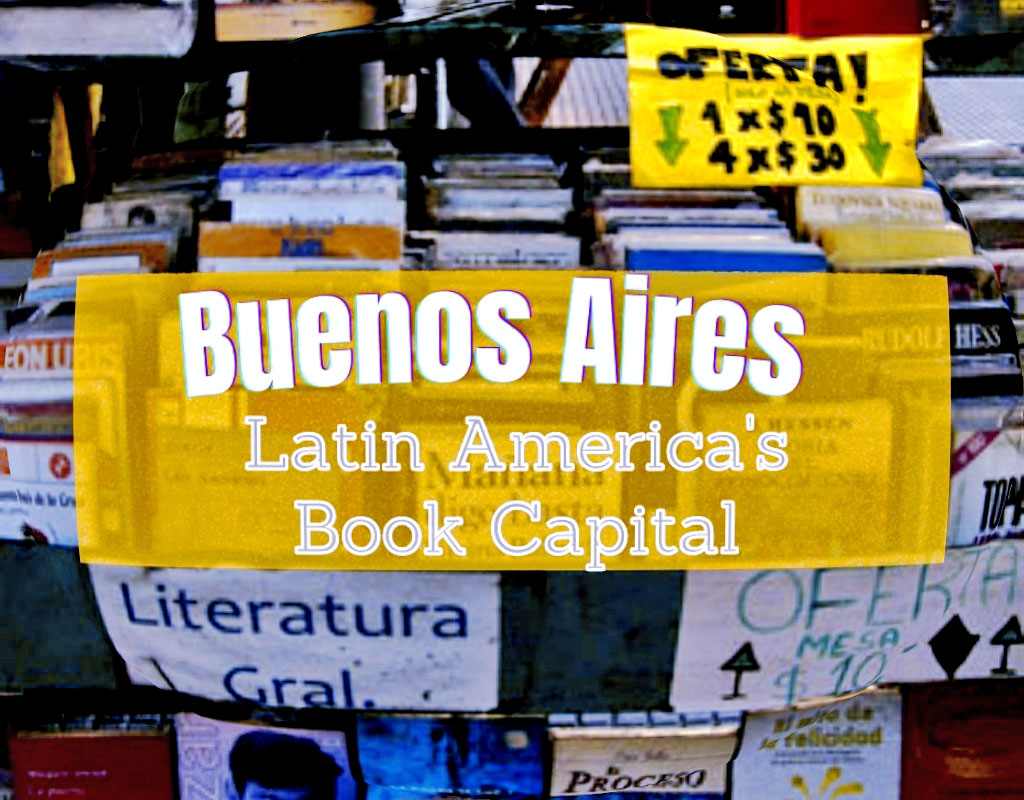 famously said, “Let others pride themselves about how many pages they have written; I’d rather boast about the ones I’ve read.”

And read is what the Argentines do — on the bus, in the park, and in the myriad bookstores that are as plentiful as pharmacies and supermarkets in the capital city.

For readers and writers it’s comforting to see people reading actual books instead of looking at their cellphone on the subway, bus or in cafes.

A ‘Culture of Reading’

Literary sustenance for the soul in Buenos Aires is not limited to an insubstantial diet of romance novels and bestsellers — though those can certainly be found — but consists largely of dense literary and philosophical works.

It is impossible to meander through the Buenos Aires without noticing the abundance of bookworms.

“Just look around on the subway and count how many people have a book,” says Florencia Basile, of La Porteña Books in Belgrano.

Wrapped in plastic to discourage sneak previews and summer rains, tomes grace the shelves of street side dispensaries, subway station kiosks of all the metro lines, and some of the grandest bookstores in the world, such as the opulent flagship store of El Ateneo, which is a bookstore located in a former opera house.

One testament to Buenos Aires’ love of literature is found right in the heart of Palermo, at Plaza Italia.

Right outside the Plaza Italia subway stop visitors can find 40+ stalls of new and second-hand books to take on the train, because reading a book on public transport is much safer and cooler than playing on your cellphone.

Where else in the world can one peruse the shelves at 3:00 a.m. after having a late night porteño-style pizza nearby?

Argentina leads Latin America in publishing, with over 20,000 titles released in the country per year. Buenos Aires is blessed with over 800 bookstores, the majority of them independently owned.

In 2011 UNESCO awarded Buenos Aires the title of ‘World Book Capital,’ in recognition of its many high quality projects and activities involving books and reading.

The high point of these world-class programs is the yearly Feria Internacional del Libro de Buenos Aires (The International Book Fair) held from mid-April to early May.

For those already so inclined, embrace and enjoy wandering the aisles of books and the streets of ready-made benches.

For all others, let the Latin American bookworm bite and take a taste of the sumptuous, if old-fashioned, world of paper and print. –Alana Fichman

Lively and melancholy, with famous avenues and historic buildings, Buenos Aires is a metropolis that lends itself as the setting for many wonderful books.

Most readers are already familiar with Argentina’s famous writers such as Cortazár and Borges, but there are many lesser-known great writers who’ve utilized Buenos Aires as a backdrop for their work, some of whose work has only recently been translated.

Bonus book: Marsha Mehran’s ‘The Margaret Thatcher School of Beauty,‘ a novel that explores poetry and community within Iranian community set in Buenos Aires during the Falklands/Malvina’s War.

The novel was published posthumously following her peculiar death.

• For those who don’t read Spanish, or need a break from second language overload, a modest selection of imported foreign titles are found scattered in kiosks and bookstores, and a few all-English bookstores, such as Kel and Walrus Books.

• Even if you don’t read Spanish, when in Argentina you won’t want to miss Buenos Aires’ most famous bookstore, and one of the world’s most beautiful, El Ateneo.

→ Check out our Literary Tour of Buenos Aires