Argentina has a long tradition of being one of the world’s meat capitals and is famous worldwide for its high-quality, grass-fed beef. 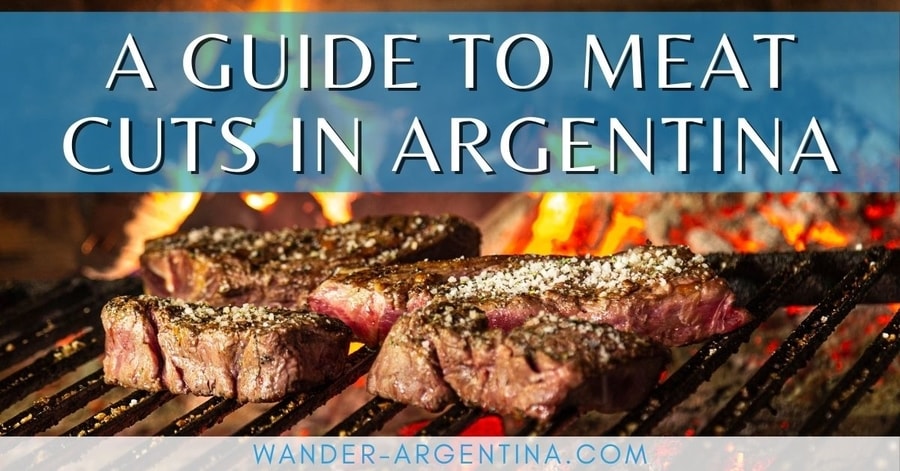 Argentines make up the second-largest consumer market for beef in the world, eating an average of 1.2 kilos per person per week, according to Argentina’s Chamber of Commerce.

Argentina also has more cattle than humans within its borders. On its vast pampas graze the fifth largest cow population in the world.

What is an Asado?

Family barbecues, called asados are long, lingering affairs that commonly happen every Sunday in backyards across the country.

Visitors will find there is never a reason not to fire up the grill in Argentina, including birthday celebrations and even on holidays such as Easter and Christmas.

→ Sign up for a trip to an estancia near Buenos Aires to ride horses and eat a delicious country-style asado lunch.

The most delicious Argentine asado, as prepared in the gaucho (cowboy) tradition, is slow-cooked over a pit in the ground with a grill placed across it.

The secret to a delicious Argentine asado, according to the best asadores (grill chefs), is to cook the meat over several hours using slow-burning firewood without the use of any combustible chemicals.

Almost every international visitor to Argentina — barring vegetarians — hits a parilla, or steakhouse/grill restaurant which can be found in every little town and cowboy outpost throughout the country (except in Antarctica, of course!).

Parilla refers to the actual grate the meat is cooked over, and the parrillada, refers to the grilled meat. The parrillada begins with a starter of achuras, or organ meats and embutidos, or sausages, including morcilla (blood sausage). A gooey disc of grilled provoleta, or provolone cheese, is also often served as a starter as well.

Those who have visited Brazil will be familiar with the Brazilian term for barbecue, ‘churrasco.’

In Argentina, churrasco refers to any thin cut of boneless beef cooked at high heat.

All the different Spanish terms and cuts of meat can be confusing for visitors to Argentina, especially because the meat cuts are different than in other countries.

To help figure out all those cuts of meat on your Argentine menu, below are some common cuts of beef, as seen at restaurants, parillas and asados all over Argentina.

Vacio – Flank, but with a layer of fat which adds flavor when cooked.

Lomo – Tenderloin/filet mignon. This is the most expensive cut and has very little fat.

Asado – Short Ribs, Roast Prime Rib (the name given to ribs, not to be confused with the other meaning of the word, which refers to the Argentine style of cooking meat over a grill.)

Bife a la Rueda – Round Steak

Peceto – Beef Round Steaks, Roast Eye of Round

-How to Order Meat in Argentina-

Vuelta y vuelta/bien jugoso — if you like your meat practically mooing on the plate, order it vuelta y vuelta, which means it is lightly cooked on each side.

It’s hard to find an Argentine chef that will cook steak this way, as they shy away from pink meat and tend to like their steak well done.

Jugoso — Order your meat ‘jugoso‘ if you want it red and juicy. This is the most popular way for many foreigners to order meat, but since most Argentines are freaked out by bloody meat, it may come out of the kitchen closer to the side of medium.

A punto — In theory ‘a punto‘ is medium with just a small red strip in the middle. An Argentine steak a punto may be too overcooked for foreign palates.

Bien Cocido — Well-done to almost charred on the outside. Despite the great quality of the beef in Argentina, overcooking meat is a common culinary sin here.

Many locals like their steak this way. We never said Argies don’t have some quirky culinary habits!

Originally these sauces were used by gauchos to preserve fresh meat in the days before refrigeration.

Today they are served to accompany virtually any cut of meat. The acidity of the salsas cuts through the fat of the meat and spurs the production of stomach enzymes that help digest the huge portions of meat.

Chimichurri is also a popular topping for a choripan, the sausage sandwiches that are sold on the street in places such as the Costanera Sur and are a traditional snack at football games.

Argentines will warn visitors that chimichurri is ‘picante,’ or spicy, but many visitors will be amused that the Argentines have such virgin taste buds when it comes to spicy food.

→ After stuffing oneself with meat at an asado, try one of Argentina’s many delicious desserts.

→ Make like an Argentine and mitigate the effect of eating too much meat with a healthy yerba mate habit!

→ Don’t miss out on Argentina’s famous meat! Book an evening or daytime estancia (ranch) or asado (barbecue) tour with Wander Argentina, to try the world’s best steak and learn about Argentine meat with local experts.

1 thought on “Guide to Ordering Meat in Argentina” 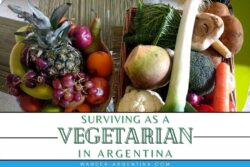 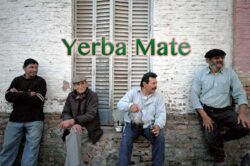 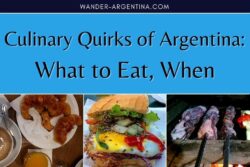 Christmas eve in Argentina, is the main day of holiday celebration here and it lands in the midst of the scorching summer. This means that holiday party spreads are heavy ... Read more 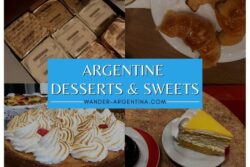 Don’t know the medialuna from the chocotorta? You’re in the right place — this guide to Argentine desserts is here to help! Table of Contents Medialunas: Sweet Breakfast CroissantsAlfajoresChocotortaPasta FrolaCrumble ... Read more