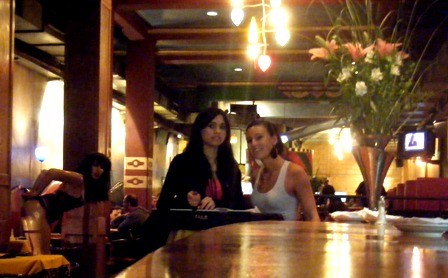 Filo is a restaurant that serves up a bit of sensory overload to diners along with real Italian food. Bright colors, modern artwork and hip music are the hallmarks of bar and restaurant designer Mario Salcedo (creator of Buenos Aires hotspots such as Pizza Piola, Dada and El Unico), and Filo is one of his most vibrant works.

With brightly painted patterns on the walls, hanging artworks and a life-sized burlesque girl statuette bending over provocatively at the entrance — letting women customers know where they stand here — it’s hard to know where to look.

The chefs bake pizzas and bread in a wood-fire oven overlooking the diners at the back of the long room while waitstaff bustle about with oppressive efficiency, as if they are scared to breathe while the boss is around.

It’s all very gaudy and recalls the Retiro neighborhood’s sleazy reputation around the time when the restaurant debuted in 1994. A live DJ serenades diners with some fairly loud electronic music. Despite the fresh and rowdy vibe, many of the diners are elegant pensioners or family groups, with a few tourists thrown in – perhaps due to the relatively high prices discouraging younger Argentinians from turning up in large numbers. The well-stocked bar near the entrance with its friendly bartenders also deserves a mention, and it also has table settings for those who are dining alone or just want to save a bit on the hefty cubierto (table charge), which Filo seems to use as a price-gouging device.

The most important part of the dining experience, the food, is thankfully better than the service. The confusing menu, which is written in Italian with Spanish and English translations, contains the types of dishes you could find in a restaurant in Italy, rather than just the clichéd red-chequered tablecloth ‘Italian’ restaurant food. Don’t panic — pizzas and pastas appear in abundance, but there are also regional Italian soups, risottos and meat dishes. 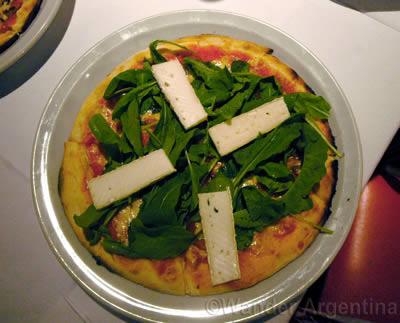 The tasty, if overpriced, pizzas are cooked in a wood-fire oven with fresh ingredients, but overall the pastas are a better option. They are cooked ‘al dente’ (not so common in Argentina) and come with a choice of many interesting sauces such as ragù alla romagnola (beef strips ragout with blended tomato and white sauce, marsala, nutmeg and cinnamon) and cozze e vongole rosa della Patagonia (mussels and pink Patagonian clams, with or without tomato sauce). Other plates include scaloppine di filetto all’aceto balsamico con purè di carciofi (beef escalopes in balsamic vinegar with pureed artichoke) and risotto primavera (spring vegetable risotto).

Servings are decent but not huge and, as mentioned, it’s not particularly cheap, but it is refreshing to see such a variety when it comes to Italian food. Some basics are overlooked — the beer selection is poor and whether the kitchen honestly doesn’t have red pepper flakes for the pizza, or the waitress was too lazy to get it, is undetermined.

A basket of different freshly baked breads and a small serving of bruschetta are nice touches which accompany the dishes — if you receive it (make sure you receive it, following the ley de cubierto, you should not be charged for it if you don’t). When it was brought up with owner, Deni De Biaggi, he insisted the customers had received bread and proceeded to yell nonsensical personal insults with such aggression that it seems a trip to one of Buenos Aires’ many psychologists would not be remiss. 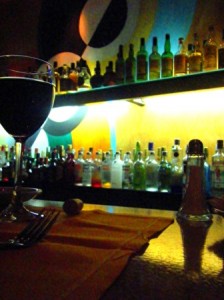 According to the Filo website, regular customers include many Argentinian celebrities, and international stars like Robert Duvall and Madonna (very dubious, considering they are not in Argentina all that often). Whether you bump into anybody famous or not, if you’re one who enjoys an effervescent, kitschy and somewhat sleazy aesthetic, you’re bound to like Filo — just steer clear of the owner.