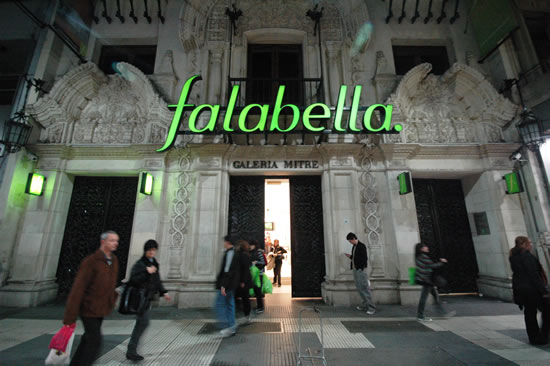 Galería Mitre, at Florida St. 343, with its Jesuit-inspired baroque style is one of the most ornate and unique buildings along downtown Buenos Aires’ pedestrian mall.

The unusual moldings of the building’s façade are inspired by indigenous art from the northern regions, where the Jesuits had many missions beginning in the 1580’s. 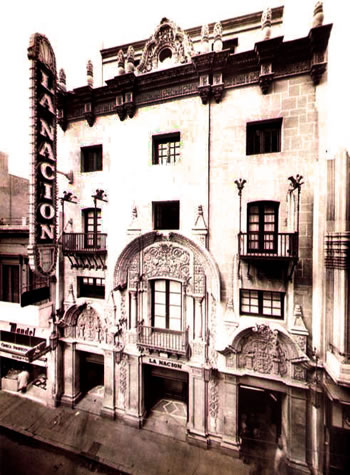 The moldings are perfectly conserved, only marred by the big green sign for it’s current occupant, Falabella, a Chilean department store that opened here in 2005 and has three locations along Florida Street.

The 6,000 square meter space was built in 1930 to house one of the nation’s largest newspapers, La Nación. The architect, Estanislao Pirovano, also constructed what is today the Evita Museum.

Pirovano is noted for introducing both the Gothic Revival and Tudor architectural styles to Buenos Aires.

Today Galería Mitre is modernized inside but it has a nice central patio to stop and enjoy a snack.

→ The World’s Most Elegant Burger King