Argentina is obsessed with soccer but visitors sometimes don’t realize that the sport the country truly dominates is polo. 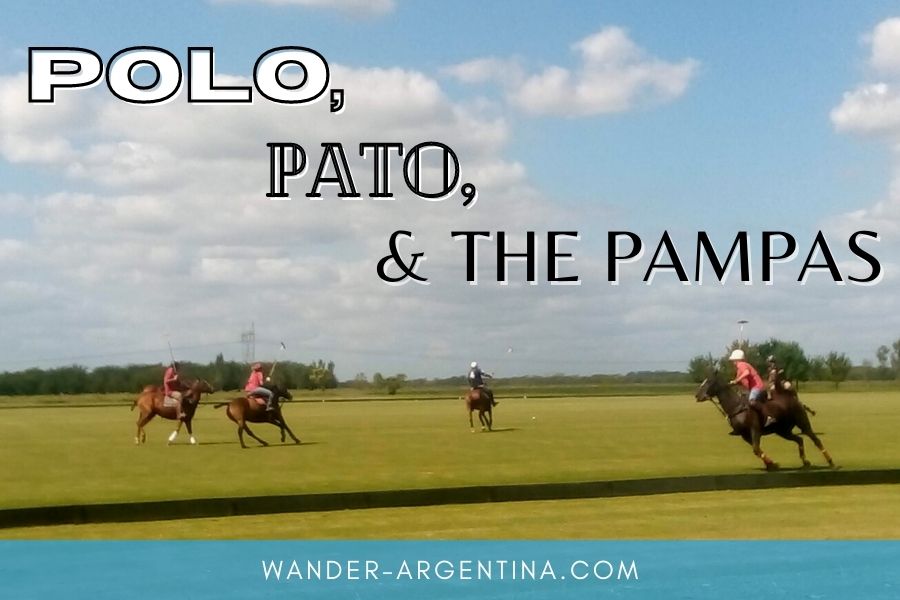 The ‘sport of kings’ is played professionally only in 18 countries.

Argentina is universally recognized as a polo mecca, with several thousand active players.

The financial downfall of world economies in the 1930s resulted in the sport being removed from the Olympics in 1936.

During World War II the sport fell further out of favor.

Now there is a campaign for the sport to be included in the Olympics again.

In 2018 the International Olympic Committee approved Polo as an exhibition sport in the Youth Olympic Games, which were held in Buenos Aires.

More than half of polo’s top pro players hail from Argentina, including Adolfo Cambiaso of La Dolfina and Facundo Pieres of Ellerstina (his brothers, Gonzolo and Nicolás are also pro players).

One of the most recognizable pro players is Nacho Figueras, the founder of the Cria Yatay polo team.

The ‘David Beckham of Polo’ according to the New York Times, is also a Ralph Lauren model.

Figueras was one of 600 people to attend Prince Harry and Megan Markel’s royal wedding.

He’s also a bit of a celebrity schmoozer (according to meany Ellen DeGeneres in this clip) with some of his hundreds of horses named for pop stars such as Shakira and Beyonce. 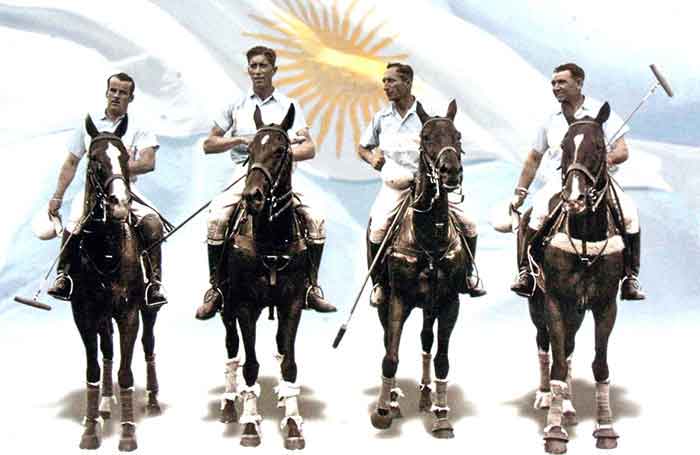 ⇒ Ask us about a fun day of Polo Day & Asado (bbq) at an estancia outside Buenos Aires or see a professional polo game live in Buenos Aires.

Originating in ancient Persia, polo was introduced to the British in India in the 1860s. There were many British immigrants to Argentina at the time, who soon brought it to the estancias (ranches) around Buenos Aires.

Polo and Argentina were a perfect fit – Argentina has a strong equestrian tradition, a temperate climate and the grassy expanse of the pampas on which to play. The first official polo game in Argentina was in 1875.

The Pre-colonial Game of Pato

Pato (meaning ‘duck’) was also played on horseback, but the ‘ball’ was a live duck in a basket.

The precolonial-era game was the gauchos’ (cowboys) favorite sport.

Pato was more violent — not just for the poor duck — but also the gauchos who sometimes got trampled during the game or stabbed in heated post-game duels.

In the 1930s the game was formalized with a set of rules and a leather ball with six handles replaced the use of a duck.

Pato was declared the national sport in 1953 by Juan Perón — a declaration that has been challenged by the Argentine National Football Association. Most of Argentina’s population are soccer fans and few have ever seen a pato game, but it is one of the country’s few indigenous sports.

If pato represents Argentina’s rough game of working ranch hands, polo is the game of the aristocracy, highlighting the legacy of the country’s wealthiest settlers.

Today, professional polo players usually begin to train as children. In order to play each player usually has at least four ponies on hand, each equal to the cost of a fancy car.

Just to transplant the equine embryo costs about US$4000. Once they are born the horses have to be trained for four years. 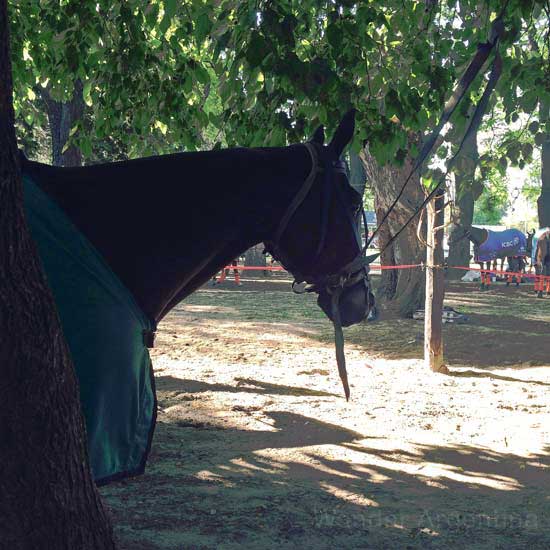 A polo horse waits to play outside the Campo de Polo in Palermo.

It takes a whole stable of world-class horses for a polo game — it’s not hard to see why this is one of the world’s most expensive sports.

Polo also requires a lot of land and its constant maintenance.

In Argentina, the aristocratic nature of polo contrasts with the country’s pathological focus on the plight of ‘the working man.‘

Although the price to view a polo match (except for the semi finals and finals) is accessible in Argentina, most people only have a little more familiarity with polo than they do the game of pato.

Most of the country’s only contact with polo is seeing the tournaments broadcast on TV.

Polo: Basics of the Game

Polo is played on a 300X160 yard field, an expanse that equals the size of five soccer fields.

Two teams of four players mounted on horses gallop up and down the field during seven-minute chukkers (periods) trying to hit the ball with a mallet to get the ball down the field and between the opponent’s goal posts.

Once a player has a control of the ball, opponents cannot cross the ‘line of play’ although they can push players off course with a ‘ride-off’ or hook the opponent’s mallet as a form of defense.

The matches are overseen by a standing referee at midfield and two umpires, who are also on horseback.

A bell rings at the end of each chukker and continues until there is a goal, foul, out of play ball or a second bell which ends play at 30 seconds, whichever comes first.

Between each chuckker, players have three minutes to hop on another pony.

During the Argentine Open and other top tournaments players are able to switch out ponies during play as well.

After a team scores a goal, the teams switch sides to ensure neither team has a wind or turf advantage.

Polo season runs from then October to early December in Argentina and the three most important polo championships, collectively known as the ‘Triple Crown’ are played in Buenos Aires.

Two are the opens that take place in the leafy suburbs of Hurlingham and Tortugas.

The most celebrated tournament is the Abierto Argentino (Argentine Open) set in Palermo’s Campo Argentina de Polo (dubbed the ‘Cathedral of Polo’).

The tournament pits eight teams against each other and provides the best opportunity for visitors to witness the high-speed drama of a match, while also getting a glimpse into the lives of Argentina’s botoxed bourgeoisie.

Visitors who find themselves in Argentina during polo season shouldn’t miss an opportunity to see a game.

Argentina won 5-2 over the United States.

Visitors to Argentina have a unique opportunity to work on their horsemanship, learning to play polo themselves, in an affordable excursion to an estancia try the elite sport.

Ask about our day-long polo tours with an asado (bbq) lunch for a unique chance to watch a game or learn how to play the ‘sport of kings’ yourself.