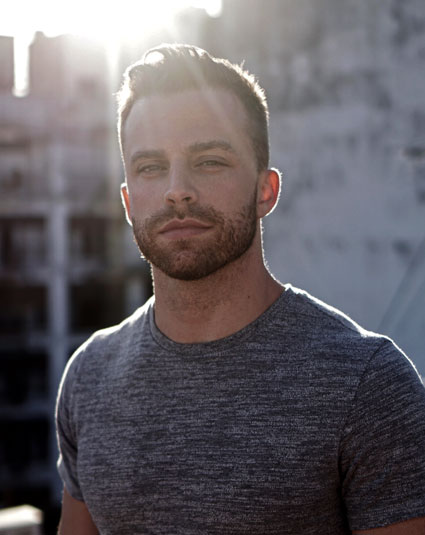 • You are an enduring Youtube star in Argentina, have sponsors, published a book and also a have a marketing agency and production company.

Which of these activities do you enjoy most? Which of your activities is the most lucrative?

Without a doubt, the sponsors that accompany me in the videos that I produce on my YouTube channel are the most lucrative.

• Linguists say that if you learn a language after the age of 12-14 you will always have a noticeable accent speaking another language, but you sound pretty much Argentino, maybe even more porteño than the average porteño.

For those who can’t shake their accent (gringo or otherwise) while speaking Spanish, what is your number one trick to getting it right?

The accent is definitely the hardest part in learning Spanish and for that reason I’m convinced I was Latino in another life.

My biggest suggestion on learning the accent is to pay attention to the details.

As one advances their knowledge for a second language they shouldn’t let their accent fall by the wayside. Be critical and ask natives for help.

• Do you feel like your personality changes when speaking in Spanish?

Absolutely! I’m much more ‘simpático‘ in Spanish and have been told this a million times.

Everything changes from my tone, confidence, and body language.

Although, I will say that I have moments where I’m more confident speaking in Spanish versus English.

• What is it like to speak with Latinos in the U.S. such as the Mexican-Americans?

Do they assume you are Argentine if you chat in Spanish? Do you have any interesting anecdotes about interacting with Latinos in the U.S.?

It’s great! They automatically assume I’m Argentine and I love it.

When I make the switch to English it’s hilarious to see the expression on their faces.

I was recently back in Atlanta, Georgia which is where I’m from, and I was with my girlfriend at the time taking photos at a lookout point for Instagram of course.

There was a family of Venezuelans behind us waiting to take a picture as well.

We were taking our time as we waited 30 minutes prior.

The mother of the family didn’t like it and began to say very rude things to us in Spanish thinking I wouldn’t understand.

I turned around and said to her in Spanish that I understood everything and her disrespect was setting a poor example for her kids.

She turned pale white and sat in silence until we finished.

• Your book, ‘Bien Argento, Los Argentinos Visto por Un Yanqui’ published by Grupo Editorial Planeta came out about a half a year ago.

The process of writing a book is pretty different from your other, more extroverted, activities.

What did you discover while in the process of writing and promoting the book?

I was finally able to sit down and organize all of my observations and anecdotes over the years.

Promoting is still in process. It’s an honor to have my own book and for it to be in another language is still very unreal to me.

I’m really happy with how it turned out.

• Have you earned enough to purchase a house or apartment of your own? – did being a Youtube star in Argentina ironically enable you to conquer the ‘American dream’ at quite a young age?

The money I make all goes back into this project.

I use it to do what I love which is travel and experience as much as I can.

The business is still growing and has very big projects in the works so maybe in the near future.

My goal would definitely be to have a place in Argentina and in the United States, close to family.

Does he know what his name means in Spanish (‘nothing’)?

He doesn’t speak Spanish, which gave the show an interesting twist.

Is he learning? Did translating on the fly as part of the show present a unique challenge?

My friend’s name is Michael Nihill. He goes by Nihill due to the fact that there are millions of Michaels in the world.

He’s learning but at a very slow pace. He’s at the stage of understanding a fair amount but unable to communicate.

This is a very infamous stage during the process of learning another language and the only way to get over it is to put oneself out on a limb and to not be afraid of making mistakes.

Translating on the fly has become an everyday occurrence for me.

Although it can be tough switching back and forth all of the time, I can say that it’s a great feeling that be able to do so.

• A lot of your big fans are young ladies.

It is rumored you have a girlfriend however, but we don’t see her much on your social media accounts.

Maybe you don’t want to dash the romantic hopes of your female fans, but are you single?

Ha ha ¡Que pregunta! I was dating a girl for a while but it didn’t work out. I’m currently single.

• We know you drink yerba mate, fernet, eat asado and partake of other Argentine customs, have you ever visited the very Argentine institution of a telo?

What did you think about it?

Ha ha. I have visited a telo, even though it’s been a while. Telos are great if you go to the right one.

There needs to be an app that rates telos because some can be very run down and very unappealing.

• In an article in Clarín you said, ‘people from the United States are colder’ – something Argentines say about North Americans.

But in other countries, Americans are famed for being friendly and even more so in the south, where you’re from.

Some local commentary said you were ‘vendiendo espejos’ or reaffirming a negative stereotype of Americans and positive ones of Argentines in order to win favor with the locals.

How would you react to that?

Similarly, at any point, did you ever feel the term ‘yankee’ was a misnomer since you grew up in the south?

In the United States I’ve experienced people to be less affectionate especially when it comes to greeting someone you don’t know.

Every time I go back to the states I often find scenarios where people leave social settings with a simple wave.

After living in Argentina and interacting often with Latinos I’ve grown to appreciate the kiss on the cheek and hug when saying hello or goodbye.

The word Yankee to me is simply that one is American.

I remember in the beginning when I learned that word I would let Argentines know that only the people from the north are considered Yankees, but I haven’t lost too much sleep over it.

•Now when you are in Argentina you get recognized in public places, what are some of the things you didn’t realize that being a public person would entail?

There is just a little more societal pressure to be on top of my game, which I love.

I have found myself to be more aware of the things I do and I don’t mind it at all.

I of course let things slip and I try to make those apparent in my videos as well.

I guess I never expected for people to be so nice and inviting but I’m definitely not complaining.

• If you can remember what it feels like when you were first learning Spanish, what is the most embarrassing Spanish error you ever made while learning? (e.g., mine was ‘Señor, ¿esta comida contiene preservativos?’/Sir, ¿does this food contain condoms?)

The only thing that comes to mind is writing the word ‘ano’ (anus) instead of ‘año’ (year). ¡Feliz ano!

Even though it’s understood what is being said, it makes a difference.

This goes back to paying attention to the details, which can truly make a difference.