What is a Telo?

Legal, non-taboo and as much a part of Argentine daily life as the national drink mate, football and family barbecues, there are approximately 180 sex hotels in Argentina’s capital, boasting an estimated 5,000 rooms and 3 million yearly clients. 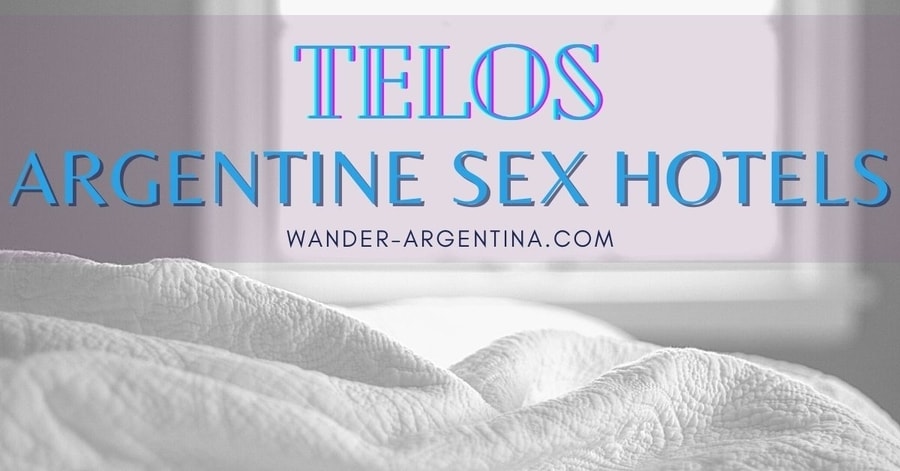 Country-wide prostitution was legal and regulated in Argentina well into the 20th century (and is still tolerated).

As attitudes around sexuality changed, it was couples who needed a private place to be intimate. Mostly Spanish entrepreneurs converted their ‘conventillos’ or boarding houses, and the lucrative telo business blossomed.

Commonly known by their lunfardo (slang) name telo —hotel backwards without the silent ‘h’ — telo rooms are rented by the turno, or ‘turn’.

Turnos usually last three hours during the week and two hours during busy times such as Friday and Saturday nights.

Late night guests can opt to stay the whole night and even get breakfast delivered in the morning.

In Argentina’s telos, couples can act out their fantasies in themed rooms such as, ‘Secrets of the Emperor,’ ‘Oriental’ or ‘Batman’s Cave’ and get it on in mock Roman chariots, strip clubs or even the gynecologist’s chair.

The more features a room has, the more it will cost.

Most have a control panel allowing visitors to set the mood via lighting and music.

The telo soundtrack is usually limited to cheesy ’80s hits or a romantic mix of Latin tunes, which may be necessary to drown out the carnal screams and grunts coming from nearby rooms.

Room service in telos is delivered through a two-door cabinet under or next to the room entrance.

In all rooms, a complimentary condom lies waiting by the bed.

There have long been rumors about hidden cameras in bedrooms secretly filming the action, but these have never been proven and are likely a telo myth.

Hygiene freaks shouldn’t be put off, rooms are normally meticulously clean, and always have a private bathroom with a ‘disinfected’ seal on the toilet seat.

By law they should be ‘in a perfect state of hygiene.’ In general, the pricier the room, the cleaner it will be.

To the untrained eye, telo entrances are difficult to spot. Officially, telos are called albergues transitorios, and they are obliged to display a street-facing sign advertising this name. Other dead giveaways are dim red lights, blacked out or mirrored windows and clandestine-looking entrances.

Legally, a telo must not be within 100 meters of a school or place of worship and has to have a minimum of 15 rooms.

Although it is usually possible to enter on foot, over 60% of telos have parking lots. Some even have cocheras privadas (private parking) where users can go directly from car to their room to ensure maximum discretion.

The entrance may be different from the exit; those on foot might enter via the garage and leave through a separate door a few meters away. The focus of the telo is on anonymity; no proof of ID is required to enter.

At peak times, guests may literally have to wait their turn. In Buenos Aires city law dictates that there should be no common waiting area, but on weekend evenings several couples are often clustered in the lobby, nervously trying to avoid eye contact and desperately hoping they won’t run into anyone they know.

Not surprisingly, telos often make the news, and the national newspaper Clarín also runs feature stories on popular or unique telos around the country.

How to Find a Telo

Finding a love hotel anywhere in Argentina is as easy as doing a Google search these days.

In Buenos Aires, the site Albergues Transitorios offers a platform (in Spanish) to look for telos with various filters such as location and amenities.

There are also several telo apps available on Google Play and Apple such as ‘BuscáTelo’.

1 thought on “Getting it on Argentina: Telos, a National Institution”