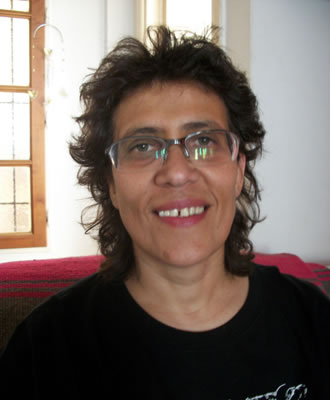 Q: You worked as a solicitor and now you are head of the newly formed Animal Protection Department of the City of Buenos Aires. What are the objectives of this new program?

We have three main objectives; one is the mass sterilization of dogs and cats to control the stray animal population in the city; our second goal is to control diseases that are spread between animals, particularly in public spaces; our third objective is to intervene in cases of animal cruelty, to accessorize complainants to ensure that there is a follow-through when someone makes a complaint.

Q: How did this new agency and your position come about?

The people who actually made this happen are Diego Santilli, the Minister of the Environment and Public Space and Javier Corcuera, President of the city’s Environmental Protection Agency.

I presented a proposal called ‘The Ethical Control of the Population of Dogs and Cats,’ to the city and it was approved. It has been a long time coming because law no. 1338, legislates for a proactive stance on animal control and that passed way back in 2004. The protection of animals is actually part of the Constitution. There is also a huge demand among citizens for a program like this.

Q: How many animals will be sterilized?

Q: And how many stray animals are there in Buenos Aires?

There are about 1 million stray animals in the city.

It’s 10 percent, but you have to consider that one stray cat, for example, has a litter and all those cats have a litter, and all the cats from those litters have litters and so on. In the end, one stray cat can result in 5,400 new cats. If we sterilize ten percent of the population every year, in three years the numbers will start to balance out.

The problem is that the domestication of animals itself is the cause of overpopulation. In the wild, only the leaders of the pack breed, but domesticated dogs and cats — even those that end up abandoned in our parks — all end up breeding.

Q: What can we learn about places like Mendoza, where euthanasia for dogs and cats has been banned but now people are complaining about overpopulation of animals?

The heart of the problem in places like Mendoza and Neuquén is that they banned euthanasia but didn’t continue the important preventative step, which is mass sterilization.

Basically they are ‘euthanizing’ the animals by omission in the end because stray animals often die of disease or injury on the street.

Q: What is the cost of neutering an animal compared to cost of euthanasia?

Q: So even economically it makes sense to sterilize stray animals. Under those circumstances why wouldn’t a municipality have a neutering program?

Primarily because the National Association of Veterinarians, which has a strong lobby, is against any public service for the animal population because they say it goes against the interests of their profession.

Q: But don’t most people become veterinarians because they love animals?

Allegedly. They enter vet school because they love animals but in the end they protect the interests of their business, and not the well being of animals. They are business people. They have ‘clients’ not ‘patients.’ It’s a total contradiction and those that lose are the animals.

Q: I was just reading that Argentina is a major exporter of horsemeat for human consumption. What’s the story with that?

Yes, it’s true. A lot of it goes to France; they eat a lot of horse meat. Unfortunately, there is no law against the consumption or exportation of horse meat.

Q: Are you a vegetarian?

Yes, for a little while now but I’ve never eaten much meat. It’s difficult culturally because people invite you to eat and all there is — of course — is asado (barbecue)!

Q: You constantly work to save stray animals. How many animals do you have at home?

I have 40 animals in my house.

Q: Forty! Does having so many pets affect your love life?

No, because my partner is an animal protectionist and has 20 animals at home, so both of us are constantly covered in fur — it works out great!