The range of Argentine sex hotels run from low-end, basic and frequented by prostitutes to full-blown luxury suites with two floors, a kitchen, garden and a pool table — there is a telo out there for everyone. 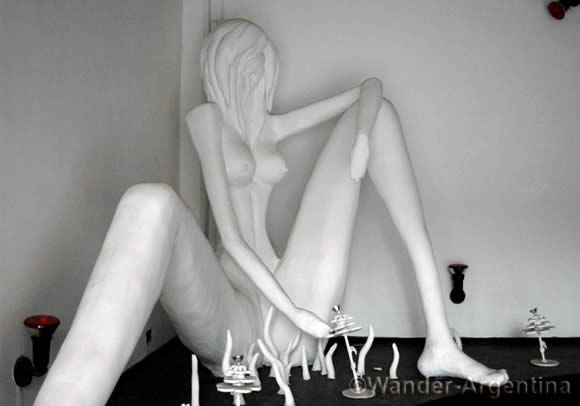 Ask any group of Argentines, and a deluge of telo stories about their ‘friends’ soon arise.

“I had a friend who was there with her boyfriend when they were teenagers. As they were leaving they bumped into the girl’s dad’s friend, with a woman who was not his wife.

This story is typical of an embarrassing lobby encounter and highlights the two primary client groups — young people who live with their parents, and older married adults having affairs.

For many patrons, the telo is the only place they can get some privacy.

“Many young people go to telos because they’ve got nowhere else to go. When I was younger I used to live with my parents, grandma and shared a room with my brother,” says Gustavo Guntren, 28.

“It’s bad enough having to explain who a girl is the next morning to your parents, but imagine having to introduce her to your grandma! There was just no way I could bring anyone back.”

Officially, those under 18 aren’t allowed in, in fact, the only time ID is required is to check the couple are of age. In practice, many teenagers have their first sexual experience in a telo and tend to be let in unchallenged.

The privacy of a telo also provides the perfect hideaway for cheating couples. Telos located in downtown (microcentro) are those that tend to attract this type of regular. Suited workers pop in for lunchtime quickies with their secret office-sweethearts.

Another group of users are faithful couples who have their own space yet choose to go to a telo to spice things up.

“It’s a way to get away from the daily routine. Some think that married couples don’t need to go because they can just have sex at home. But often with the children, and the problems of day-to-day life, it’s good to escape,”says Luis, 55, a married, long-time telo patron.

History of the Telo

Telos have been around in Argentina since the government officially closed whorehouses in 1937.

It wasn’t until the 1960s that telos were formally classified alongside other ‘normal’ hotels and got the name albergue transitorios.

At the time the establishments did not have a good reputation and were primarily used for those having affairs.

Partly thanks to the 1963 film, ‘La Cigarra no es un bicho’ shot in famous La Cigarra telo, sex hotels have since hit the mainstream. In the 1970s middle class couples looking for a place to relight their relationship’s fire began turning to increasingly sophisticated telos.

Until 1997, telos were exclusively for male-female pairs.

Today it is illegal for telos to refuse entry to same-sex couples.

All couples — whatever their sex — must arrive and leave together, and in most of the country, it remains prohibited for more than two people to enter a telo room at once.

In 2018 the city of Buenos Aires voted to change the law so that more than two people are now allowed in telo rooms in the capital.

It was welcome news not only for swingers and polyamorous people, but also friends traveling who may need a cheap room to crash until their hotel or hostel allows them to check-in. 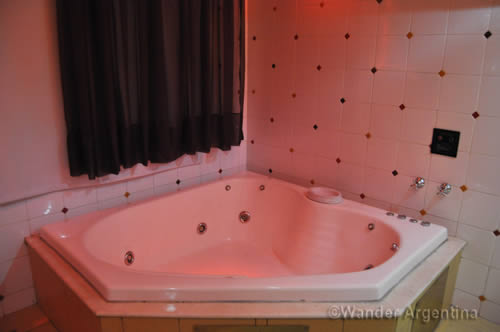 Telos are not unique to Argentina.

Similar hotels can be found in Japan, Mexico and Brazil.

For many Argentines, the concept of a telo is so normal, that they find it hard to believe that they don’t exist everywhere.

‘You don’t have them in Europe? What do you do?!’ asks Jimena Suarez a 27 year-old medical student upon discovering that this Argentine institution does not exist in Europe.

Overall, a rendezvous at a telo is as much an essential part of a trip to Argentina as a tango show with a glass of Malbec. After all, where else can a quick romp in a Jacuzzi be put down to cultural experience?

← continued from: Telos, an Argentine Institution