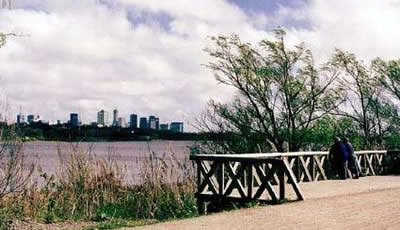 Palermo has its huge park, the Bosques de Palermo (Palermo Forest) and the southern side of Buenos Aires enjoys the even more unique Costanera Sur Ecological Reserve, running the length of the wealthy Puerto Madero neighborhood. 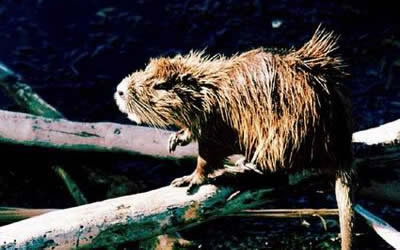 The 360-hectare ecological reserve, created on top of the refuse of a former dump site is an expansive green area, serving as a refuge for residents looking to walk, jog, ride bikes and enjoy some of that elusive Buenos Aires’ fresh air.

A trip around the reserve along the dirt paths will take over an hour walking, and visitors can also rent a bike by the southern entrance.

Declared a National Park on Earth Day 1986, The Ecological Reserve is popular with urban birdwatchers. Among the exotic birds to be spotted in the reserve’s Pampa wetland environment are six varieties parrots, swans and kingfishers. Among the other wildlife that might be encountered among the willow weeds are Vipers, turtles and nutria.

There are three lagoons here, the Laguna de las Gaviotas, Laguna de los Patos and the Laguna de los Coipos; respectively, the Seagull Pond, the Duck Pond and the Coipo Pond, the latter of which refers to nutria, a beaver-like rodent. Wandering around the reserve you may also cross paths with topless sunbathers and some homeless people, but since cameras have been installed, the trails themselves are quite safe.

The reserve is only open during daylight hours. Guided tours describing the wildlife and history of the reserve are available on weekends and public holidays.

2 thoughts on “The Ecological Reserve”