“The first thing to note is that in my son’s veins flowed the blood of the Irish rebels.”
—Ernesto Guevara Lynch, speaking of his son, Ernesto ‘Che’ Guevara. 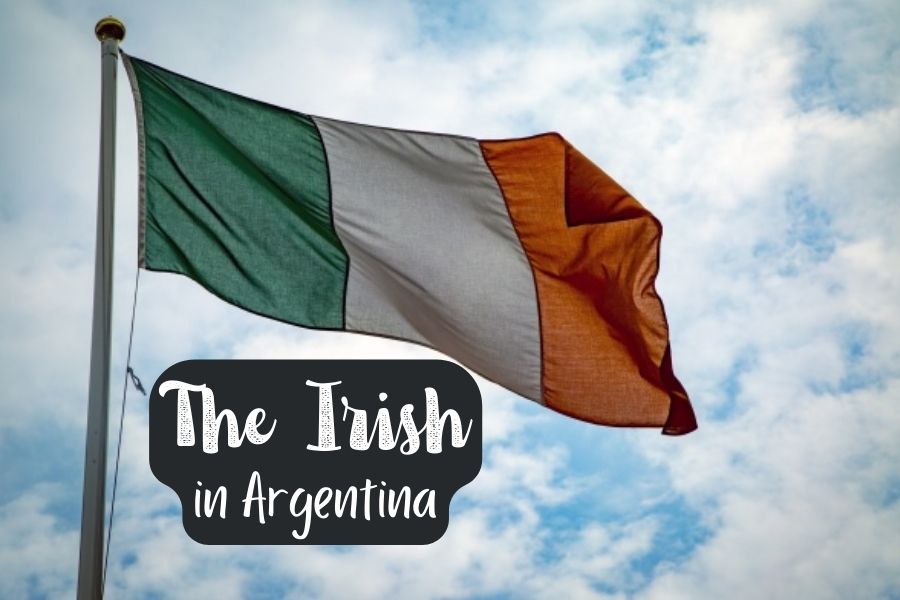 Everyone knows the iconic image of Argentina’s Che Guevara, but few know that the revolutionary was of Irish heritage, along with roughly a half a million Irish descendants throughout the country today.

Argentina is home to South America’s largest Irish community and the world’s fifth largest among the Irish diaspora.

The true number of Irish descendants is unknown due to poor record keeping during the early immigration wave.

The fact that the Irish were counted as English in official records until 1920 only further confuses things.

When the Irish first arrived in Argentina they retained a strong cultural identity but after a couple of generations most integrated with Argentines.

Many average citizens lost touch with their Irish roots, but in recent years there has been a surge of interest in Irish culture.

For visitors, this can be most noticeably witnessed on Saint Patrick’s Day and among the young people in Irish pubs of the Retiro neighborhood of Buenos Aires, where the beer and Irish whiskey flows and U2 cover bands play late into the night.

Beginning with the Great Potato Famine in 1845, Irish looking to escape hunger and English oppression faced the choice to emigrate to the United States, Canada or Argentina..

But passage to Canada and the United States was free for Irish immigrants, while many had to pay their passage to Argentina.

In Argentina’s favor was that it is a predominately Catholic country, but Irish immigrants to Argentina would have to contend with a new culture and language.

Argentina courted Irish immigrants because of their reputations as hard-workers with experience in agriculture and sheep herding.

The Irish, dreaming of life on the Argentine Pampa, were looking to escape famine and religious persecution.

Argentina was a good option as a wealthy Catholic country, with plenty of available land.

In the late 19th century, Irish immigrants founded the Hurling Club, playing their first tournaments of the hockey-like sport in what is now Plaza Irlanda in Buenos Aires’ Caballito neighborhood.

When it became impossible to import Hurling sticks during World War I, many moved over to hockey and rugby.

Currently an effort is underway to revive hurling in Buenos Aires.

Wherever there are Irish there are bound to be priests and nuns, and they founded some of Buenos Aires’ most established schools including Colegio Fahy, San Brendan and Santa Brígida.

The tomb of Father Anthony Dominic Fahy, a leader in the Irish community in the mid-19th century, ranks among the prominent tombs in Buenos Aires’ famed Recoleta cemetery.

The Southern Cross, a Buenos Aires-based newspaper originally published in English, Spanish and Gaelic and founded in 1875, is still being published today.

The Dresden Affair: An Immigrant Tragedy

As with every Irish story, there is tragedy woven within the rather complex story of Irish-Argentine history.

Some 2000 poor Irish, mostly from the counties of Dublin and Cork, were shipped in terrible conditions to Argentina — many didn’t make the 19-day voyage.

Once they arrived, the country was ill-equipped to handle the remaining passengers, especially because the once profitable sheep industry was in decline.

At first, the immigrants were housed in stables in Buenos Aires’ Retiro neighborhood.

Children who had been separated from — or lost — their parents were left to fend for themselves and lone girls were forced into prostitution in the red-light district of Buenos Aires’ Constitución neighborhood.

The nearly 800 remaining settlers were sent to the area of Bahia Blanca to set up the Irish Colony of Napostá, but they discovered that the coastal area is one of the few regions of the country that is unfavorable to agriculture.

After such a terrible journey and rough start in Argentina, within a year, those who could went back to Ireland or emigrated to other countries.

The Dresden Affair effectively ended Irish immigration to Argentina. In 1889, Archbishop of Cashel, T.W. Croke wrote in a Dublin newspaper:

Lasting Influence of the Irish on Argentina

Irish immigration had a lasting effect on Argentine culture, even though immigration dropped off after the Dresden Affair.

The ‘Latins of Northern Europe’ share with Argentine traits of friendliness, passionate self-expression, sometimes hot tempers and love of spirits, music and gatherings.

Irish-Argentine, Alejandro Perry, a student of Irish Step Dance at the Fahy Club in Belgrano has a typical story of a renewed interest in Celtic culture among Irish descendants here.

“When I turned 40 I begun to have an interest in my Irish roots. I started to read about the Druids, Irish mythology and history,” he says.

“The culture interests me because of the music, the dance, the love of poetry, the values and respect for nature.

It all coincided with a spiritual journey — I began to discover who I am and why I am the way I am.”

Perry, like many Irish-Argentines, has a family story that stretches between Ireland, the United States and Argentina.

His grandfather was born in the United States to Irish parents but came to Argentina in the early 19th century.

“My grandfather became a professor at the University of La Plata and married the university director’s daughter. He was able to establish a good life here.”

Celtic Roots at the Fahy Club

When Perry first walked into the Fahy Club he says,

“I felt right at home. Even the style of the house and the garden remind me of my grandfather’s house. I feel comfortable there. My biggest dream is to go to Ireland one day.”

Ireland’s economic growth in recent decades and the 90s popularity of Irish groups such as U2, The Cranberries and the Chieftains also played a part in the increased interest in Irish culture in Argentina.

“I think the Irish are open-minded and creative.

The best example of this is how they built up their economy in the ’90s while a lot of other countries like Argentina were going down the tubes,” says Perry.

“They used creativity to develop the country economically without sacrificing their culture, something that, with globalization, a lot of other countries have not been able to do.”

Although there are Irish in Argentina, one thing that has missing for years is Guinness stout.

Important restrictions made Ireland’s favorite beer impossible to get, so bars had to make due with other stouts.

In 2021, Guiness announced that they had partnered with a local brand to produce Guinness for the first time in South America — in Argentina.

Now visitors can properly toast the Irish in Argentina.

Books on the Irish in Argentina

A historical analysis of the Irish experience in Argentina. Important historical figures and how they ended up helping to shape the church, education, sport and other fundamentals of civic life.

Paisanos: The Forgotten Irish who changed the Face of Latin America

It wasn’t just the history of Argentina that the Irish helped shape in Latin America.

Discover the Irish who fought for the liberation of Latin America