Buenos Aires’ Chinatown is gearing up for a celebration of the Year of the water Tiger. 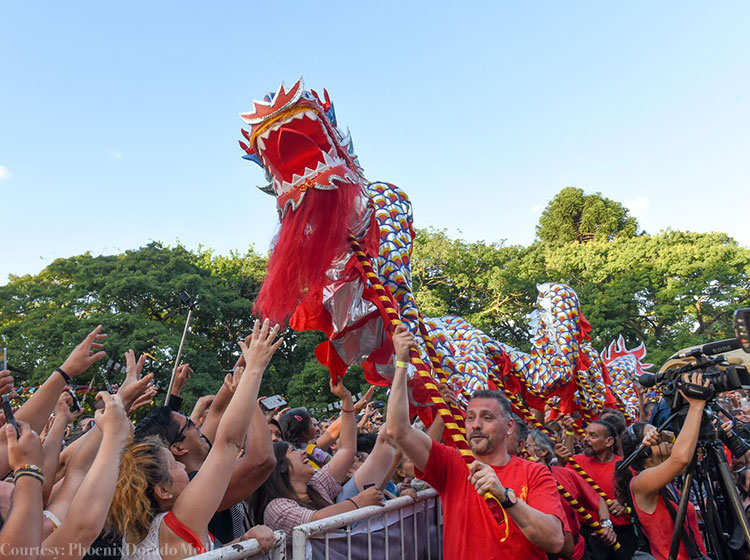 Officially, Chinese New Year is celebrated on the second new moon after the winter solstice (summer solstice here in the Southern Hemisphere!).

The ringing in of the new year 4720 falls on February 1 this year.

Outdoor events in Belgrano include a colorful show in which artists of both Chinese origin and other communities participate.

The Chinese Dragon will offer its typical dance to the rhythm of the gong to augur good fortune for those present and for businesses in the area.

Consecutive to this parade, visitors are dazzled by the Lion Dance.

The event can be viewed on the Buenos Aires city government’s youtube page linked below.

The number of attendees to Buenos Aires’ Chinese New Year celebrations has grown exponentially the last decade beginning with the 2011 festival — the year Buenos Aires decided Chinese culture was cool and a record 60,000 visitors overwhelmed organizers.

According to the Buenos Aires Human Rights and Cultural Department, there are 200,000 Chinese citizens in Argentina, mostly from the Fujian province.

Chinese citizens make up the fourth largest immigrant group in Argentina and have become part of the cultural fabric of the country.

One percent of Argentina is of Asian descent.

“A lot more Argentines are studying Chinese now to operate in the business world,” says Maria Antonía Diaz, secretary at the Chinese-Argentine Cultural Association, one of the groups organizing of the event.

“Others are drawn to this area because of the variety of businesses and an interest in the rich culture of China.”

To accommodate the growing crowds at Chinese New Year Celebrations, the principle stage for the final act is no longer in central Chinatown, or the nearby Plaza Barrancas de Belgrano, where it was originally relocated.

Year of the Water Tiger

This year marks 4720 on the Chinese calendar, the year of the metal Ox.

The Chinese New Year 2022 will be represented by the Water tiger.

The water tiger symbolizes courage, strength and the exorcism of evil.

According to the Chinese horoscope, it can be an ideal year for daring ideas that lead to greatness.

People born in the year of the Water Tiger have characteristics such as courage, are high-energy and active and unafraid to take on challenges.

When: The date for the Chinese New Lunar Year changes every year. The city usually holds the festival on the closest weekend to the actual date of Chinese New Year