Buenos Aires’ Chinatown (Barrio Chino as its known by locals) is signaled by an ornate stone archway alongside the train tracks at the intersection of Juramento and Arribeños in Belgrano, 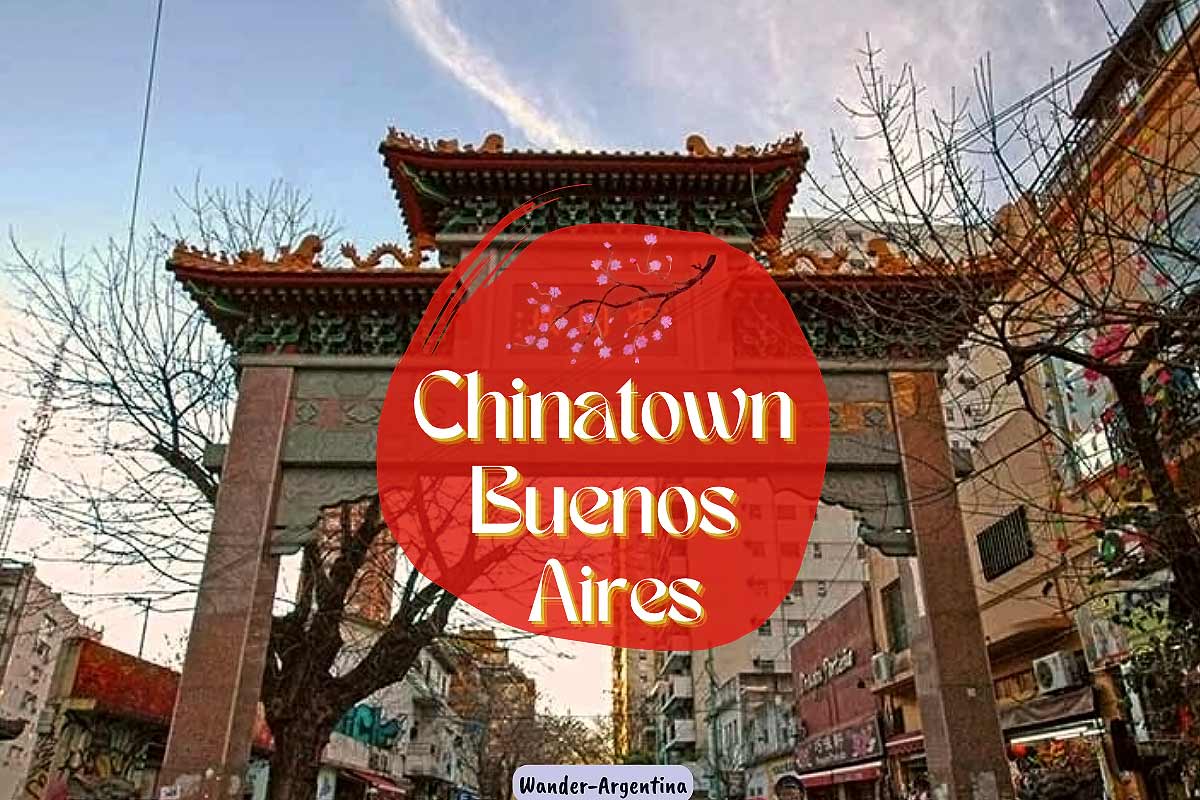 While Argentina’s only Chinatown is minuscule compared to those of London, Sydney or San Francisco, its cultural impact on the Buenos Aires is growing

The neighborhood has over a 100 Asian-owned businesses and receives 15,000 visitors every weekend.

‘Barrio Chino’ is a bit of a misnomer as the neighborhood is the home to a cross-section of Asian-owned business.

Beginning in the 1980’s Taiwanese began to arrive in this area, followed in the 90s by those from Mainland China.

Preexisting Korean, Japanese and Laotian immigrants began to congregate around the area as well.

At first there was just a smattering of supermarkets with hard-to-find items for cooking Asian food.

At the Tzong Kuan temple, one of the first Buddhist temples in the city, one can pay homage to a big shiny Buddha and attend classes in meditation, Chinese calligraphy, Mandarin, Kung Fu and Tai Chi Chaun.

The Buddhist Association of China in Argentina has a peaceful temple which served as a vaccination location during the pandemic.

Those looking for alternative medical treatments come here to find acupuncturists and Chinese remedies at the neighborhood herbalists.

In 2006 a group of area businessmen tried to get Chinatown officially recognized as its own neighborhood along with the 48 other ‘barrios’ of Buenos Aires.

Buenos Aires’ Department of Urban Planning rejected the idea, noting that the denomination does not actually reflect the neighborhood’s true demographics.

While this area is the commercial focal point for the Asian community in Buenos Aires, Chinese residents make up less than 1% of the residential population of Belgrano.

Most of the city’s 120,000 Chinese residents live in lower rent neighborhoods such as Once, Flores, Barracas and the city suburbs.

Officially Barrio Chino is limited by Juramento, Arribeños, Montañeses and Monroe Avenue, but as the neighborhood booms, its boundaries are creeping outward each year.

Chinatown has become a fashionable place to visit for ever-trendy Porteños and spice-craving foreigners.

A small but vocal group of area residents feel threatened by the most bustling energy, brought by the neighborhood’s commercial expansion.

The controversy came to a head in 2009 when the $500,000 archway, or Paifang, was shipped in five containers from China, was placed at the entrance way of the neighborhood.

The installation of the traditional friendship archway was delayed because of complaints that it didn’t conform with zoning laws, but the city stepped in to rezone the area shortly before coronation, causing accusations of corruption.

In an unusual move, then-Mayor Mauricio Macri received the gift from Zhou Tienong of the Assembly of the People’s Republic of China in a ceremony at the Capitol building.

The ribbon cutting took place in front of a drawing of the arch instead of holding the inauguration on site.

The same day the civil association, ‘Neighbors of Belgrano’ held a rally in front of the Chinese Embassy to denounce what they refer to as the ‘Archway of Lies.’

Among the group’s legal grievances are the felling of neighborhood trees, zoning infractions, the sale of expired food and garbage in the street.

Considering that property values have risen in the area, the grumpy neighbors have widely been painted as xenophobes — or at least resistant to change.

For 27-year-old Vanessa Liao, coordinator at the Chinese-Argentine Cultural Association, the archway validates the growing Asian community in Buenos Aires.

“The archway shows that we are really accepted here,” she says. “In recent years the Argentines are more accepting of us, they come here for the shopping and the festivals and even to study the language.

There is more interest in Chinese culture now than when I was growing up. That’s good because people feel more at home here.”

Chinatown is celebrated for its great food shopping. Asian restaurants abound, ranging from hole-in-the-wall to high-end.

The growing number of non-food stores in the area sell everything from inexpensive oriental merchandise and J-Pop (Japanese pop music), to Anime and manga (adult comics).

There are a range of Asian Restaurants in the neighborhood for those craving congee, pad thai, a bento box or dumplings .

In most of Argentina the Chinese food is pretty bad — it’s adjusted for Argentine tastebuds and every menu is the same, with the typical sweet and sour chicken, salty chop suey and chow mein.

Dim Sum is hard to come by in Argentina but you can get your dumpling fix at Royal Mansion or Hong Kong Style.

For fresh Japanese food head to Mendoza Street where some options are Fujisan and Nobiru.

There aren’t many options for Korean food around here, but nearby BBQ Town is a buffet style Korean restaurants with Korean barbecue.

(For a wide variety of Korean restaurants, head to the Flores neighborhood where there is a larger residential Korean community.)

The fun event with a dragon dance, lion dance and other performances takes place every February on the closest Sunday to the date of the Chinese New Year.

How to Get to Buenos Aires’ Chinatown

Buenos Aires small Chinatown is in the Belgrano neighborhood, next to Palermo.