Editor’s Note: This restaurant is now closed. Another Thai restaurant called Kaffir now in the same location gets good reviews for the service and food.

A relative veteran of the ethnic restaurant scene in Buenos Aires is the consistently superb Empire Thai. Although located in the dead center of town, this enticing Asian retreat somehow manages to be ‘tucked away,’ on a small cobblestone passageway known as Tres Sargentos. 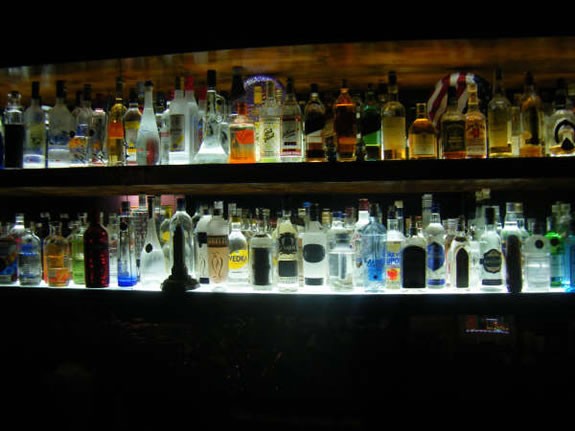 Once you’ve found it, you will soon come to appreciate that this is a place with a personality. Entrées include delicacies such as Sate Skewers and Rose Petal Salad. Follow that up with a red or green curry that is genuinely Thai spicy, not Argentine ‘spicy.’ Considering the world-renowned quality of the local meat and the fine glass of Malbec on the side, you might even be getting a better meal than back in Bangkok (gasp!).

The sultry atmosphere is also Thai-inspired –- comfy sofas are overseen by a giant blue elephant-riding deity on one of the walls, and dimly lit by shimmering golden lamps. A certain New York chic also pervades, and this can be attributed to the effervescent owner of Empire Thai — New-York native, Kevin Rodriguez.

If you’re fortunate enough to visit while Kevin is around, you’ll be sure to meet him as he buzzes around the tables chatting with guests and ensures everyone is enjoying life.

It’s not clear why head bartender Mona Gallosi (“like the Mona Lisa, but with curves,” she explains) opted against a career in modeling, but she excels at making cocktails. With a massive array of mixers and exotic liquors at her disposal, the only limit really is your imagination. Mona will hook it up for you, and with a great deal of panache. A dark and moody atmosphere, delectable Thai food and a cool New York vibe– what else do you need?