Every Monday night the drums sound and the hippies come out to play in the Abasto neighborhood when the group, La Bomba de Tiempo takes the stage at the Konex Cultural Center. 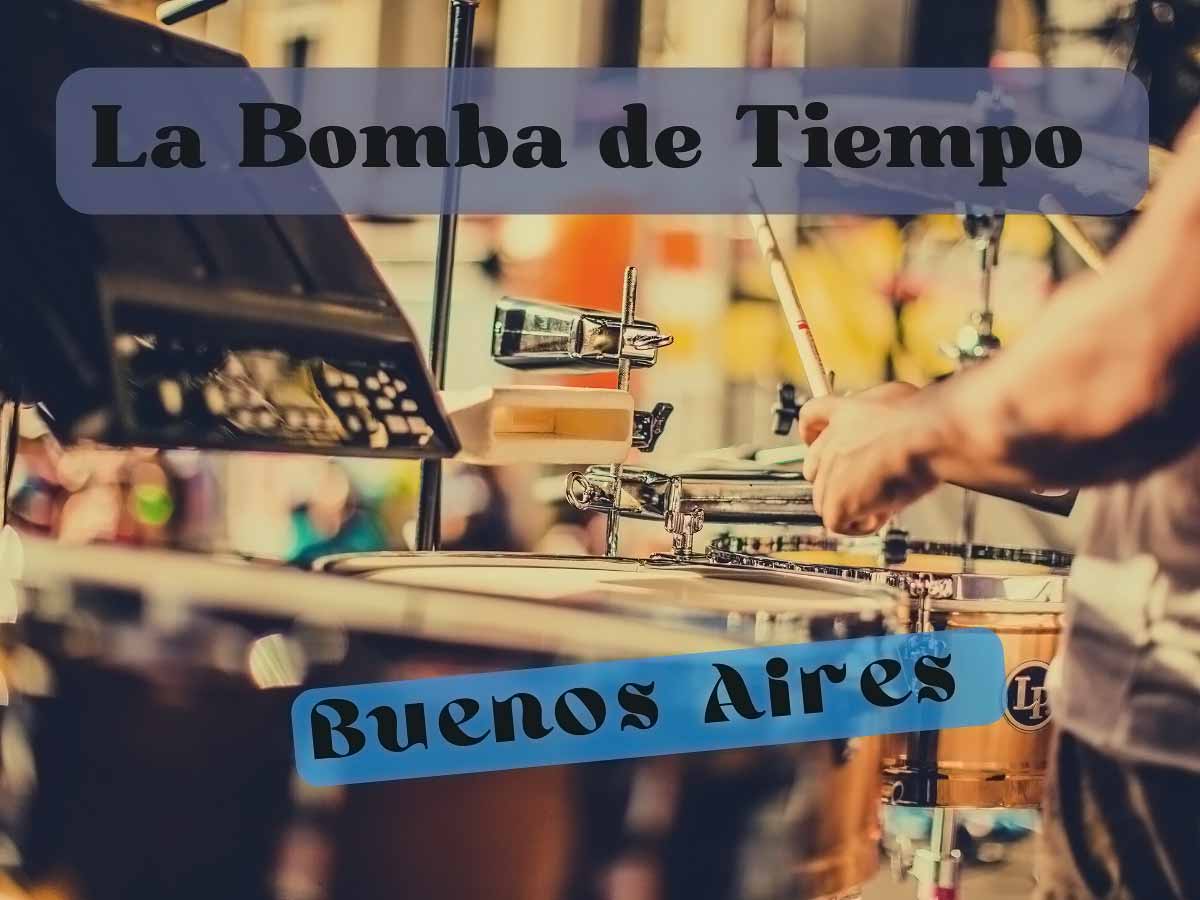 ‘The Time Bomb’ is a 17-piece improvisational drum group that incorporates world beats including Central American and African rhythms, samba and Argentine folk beats such as chacarera.

Among the instruments making an appearance are congas, djembes, maracas, shakers and cowbells.

The group is led by Santiago Vasques, who has developed a system of around 150 hand, finger and body signals in order to direct the percussionists while they play.

The idea to ‘conduct’ the otherwise freestyle drum jam was inspired by American jazz musician and conductor, Butch Morris.

“I saw a rehearsal with Morris and from that came the idea to work with signals, ” says the graduate of the California Institute of the Arts.

The cool Konex Cultural Center, housed in an old cooking oil factory, has been hosting the drum troupe for more than twelve years

Although Bomba de Tiempo takes place on the normally slow Monday nights, it proves to be one of Konex’s most popular events.

La Bomba draws lots of regulars among the 1,500 fans per week — foreign backpackers, groovy young porteños and drum-loving ragamuffins from across South America who come to mingle and dance.

With crowds reminiscent of a Grateful Dead concert, the night’s action starts with confluence of personalities outside.

Colorfully-dressed twenty-something hand out hugs, share liters of beers and smiling street-level entrepreneurs sell everything from burritos to pot brownies for those waiting for the festivities to begin.

An opening act warms up the crowd for the first hour while many remain plopped on the ground chatting.

The energy of the crowd slowly builds until almost everyone is up on their feet flailing around as if they were Whirling Dervishes.

At 9 p.m. a guest musician— who could be anyone from a sax player to a DJ — joins the group, ensuring that there is always a new twist for regulars.

By 9:30 the beats start to reach a fever pitch, punctuated by ecstatic screams and the show seemingly transforms into a telepathic conversation between La Bomba and the bohemian dervishes.

The explosive finale leaves dancers either spent after their weekly movement therapy and ready to face the rest of the workweek or exalted and gearing up for the inevitable after-party.

After many years together, La Bomba de Tiempo began to receive considerable recognition as Buenos Aires’ most successful percussion ensemble.

Shortly after, they created a percussion school, The Rhythm Studies Center of Buenos Aires, (CERBA by its Spanish acronym).

Budding drummers will want to check out their drum tutorials on their Youtube page.

Since then the have built on their success with tours, TV appearances, a performance on the main stage at the Obelisk for Argentina’s Bicentennial celebration.

They have also been gigs with major-label Argentine acts such as Bersuit and Kevin Johansen, who have joined them onstage at Konex.

Attendees never know if and when a surprise guest will show up.

The bar is limited at Konex but liters of beer can be shared to keep costs down.

This is not an alcohol-drenched event at any rate.

Judging by the trance-like moves of the crowd it appears that many fans are munching on the ‘special cookies’ sold outside.

The weekly drum jam started out at a cool five pesos (that Argentine inflation for ya) and now it costs about five bucks (if paying cash).

If buying online with a credit card you may want to get a local friend to purchase it so you don’t pay the official exchange rate.

You could also just check the website to see if there are tickets left and show up early to make sure to get in.

‘The time bomb,’ as the group’s name translates is rather literal at Konex — the show ends at 10 p.m. on the dot due to cranky neighbors and coding restrictions.

Check out this youtube video to see what a typical La Bomba show is like (opens in new window):