La Plata is not the first place on a traveler’s Argentina itinerary but it’s worth the one-hour trip south of Buenos Aires to experience stunning architecture, lovely green spaces and a vibrant university scene.

Often thought of as a baby sister to Buenos Aires, La Plata is the capital of Buenos Aires province and a very important city in the history and development of Argentina. Billing itself as the ‘city for everyone,’ La Plata’s nearly 600,000 residents are proud of their heritage and are quick to remind tourists that they do not share the hurried, unfriendly stereotype of their Porteño (Buenos Aires) neighbors.

Home to three universities, students can be seen cycling all over La Plata, creating a youthful city reminiscent of Oxford or Princeton, with a South American twist. The city’s many plazas are flanked with bars and restaurants and — in true Argentine style — most are open 24 hours a day.

When it was announced in 1882 that La Plata would be the capital of the Buenos Aires province, the city — looking to Paris for design cues — constructed a geometrically perfect grid system crossed by diagonal avenues. While it can be confusing to navigate at times, the adventurous logic behind the layout goes hand in hand with La Plata’s development as a new, forward-looking provincial capital. Walking along the streets and avenues, the real beauty of La Plata is that there is a plaza every six blocks, creating an open ambiance and providing the city with a huge amount of green space.

The ‘City of Diagonals’ is easily navigated on foot, with the main sights being located along Avenidas 51 and 53. Plaza Moreno, a huge and perfectly maintained square, is the geographical center of the city. The city’s two most important sites are located at opposite ends of this plaza. The first of these is the neo-Gothic La Plata Cathedral, one of South America’s largest houses of worship. Construction began in 1885 but the enormous cathedral wasn’t consecrated until 1932. On the opposite side is the impressive German Renaissance style, Palacio Municipal (City Hall). These opposing sites portray what people and the government most cared about at the time of the city’s development: religion and politics.

Sights of Interest in La Plata

Heading down Avenida 51, one passes Teatro Argentino, Argentina’s second most important lyric opera house after Buenos Aires’ Teatro Colón. Originally a classic Italian opera house, the building was destroyed in a fire in 1977 and rebuilt with an ugly, concrete modern design, but it retains excellent acoustics.

Carrying on a few more blocks, one reaches Plaza San Martin, the governmental center of the city. The square is flanked on one side by the Palacio de la Legislatura (Provincial Legislature), also in German Renaissance style, while on the other side is the Flemish Renaissance Casa de Gobierno (Government House).

Arriving at the end of Avenida 51, one is treated to another highlight of La Plata: Paseo del Bosque (Forest Path), the city’s largest green space. It hosts a zoo, botanical gardens, open-air theater and an observatory. Located within the park is Museo de La Plata (La Plata Museum) with its beautiful 1888 neoclassical design. It is viewed by many as a highlight of La Plata, and is globally regarded as one of the world’s most important natural history and science museums.

Those interested in architecture may want to check out Casa Curutchet, the former home of Dr. Pedro Curutchet, noted for its interesting design accommodating a tree that goes from the first floor garden to the terrace. It was declared a National Historic Monument in 1987 and today houses the Province of Buenos Aires’ Association of Architects. 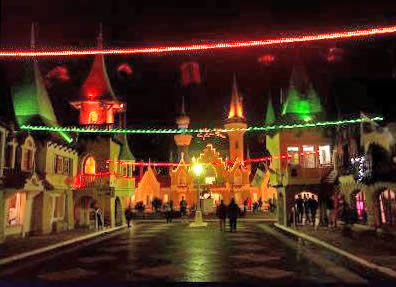 La Plata’s circa 1951 theme park, La República de los Ñinos (City of Children) a little west of the city is worth a trip for families. The theme park’s construction began under a previous administration but became a pet project of Eva Perón and was inaugurated under her husband and Argentina’s most famous president, Juan Domingo Perón. The theme park is just one sign of the Peróns’ involvement in the shaping of La Plata during his presidency — the city itself was renamed Cuidad Eva Perón between the years of 1952-1955. The City of Children is Eva’s grandest legacy in La Plata and claims to be Latin America’s first theme park and, dubiously, Walt Disney’s inspiration for Disneyland.

Much calmer than its North American counterpart, this place could be a disappointment for kids looking for fast-paced Disney-like roller coasters but a relief for parent’s needing a bit of tranquility. Built as a miniature town, there are replicas of government buildings, a petting zoo, a kid’s radio station, a mini Taj Mahal, a pint-sized movie theater and even a miniature prison.

One of the most exciting events of the year in La Plata is the Quema de los Muñecos (Burning of the Dolls) on New Year’s Eve. For over forty years, the college town has celebrated its own version of Spain’s Fallas Festival, when hundreds of effigies are burned in the streets to celebrate the new year.

Getting to La Plata from Buenos Aires:

→ Ask about our Day Tour to La Plata 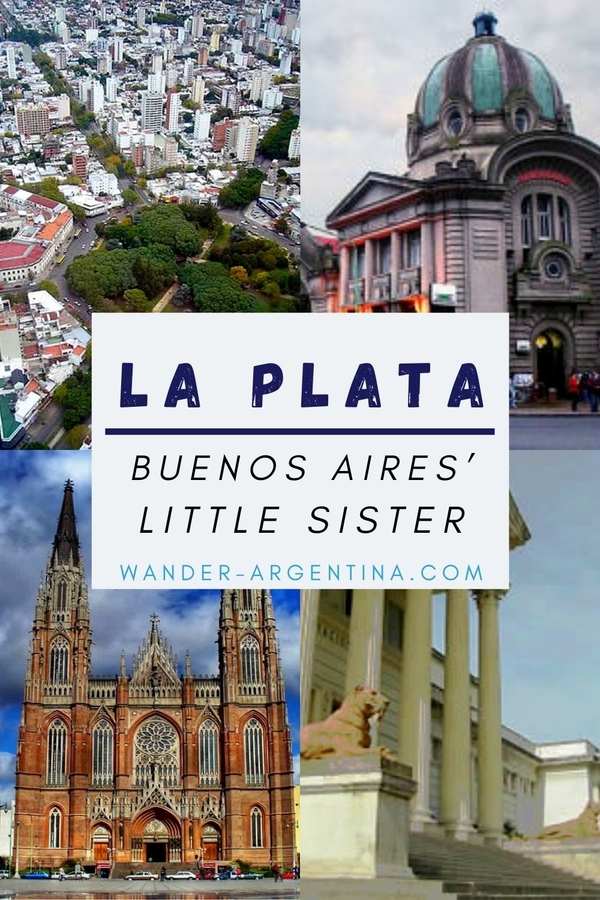 Bariloche, nestled along the shore of Lake Nahuel Huapi and surrounded by snow-capped peaks serves as the gateway to the playland of Patagonia. The Rio Negro province’s largest city offers ... Read more

Mount Tronador, only 90 kilometers from downtown Bariloche, is one of the most accessible and popular destinations in Patagonia. The ‘thundering mountain’ is the highest peak in Nahuel Huapi National ... Read more 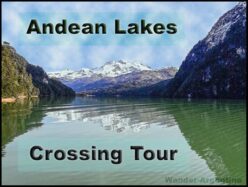 The landscape of Patagonia’s unparalleled beauty is the highlight of the ‘Cruce Andino’ Tour, or Andean Lakes Crossing Tour. Bordering Chile and Argentina, the Andes Mountains stretch 4,400 miles from ... Read more 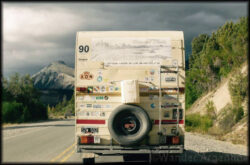 Patagonia is a huge, diverse wilderness encompassing 300,000 square miles of southern Argentina and is home to one of the country’s most scenic road trips. La Ruta de los Siete ... Read more 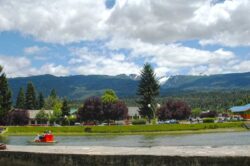 El Bolsón has a reputation as Patagonia’s chilled-out hippy haven and its main attraction is the El Bolsón Regional Fair. Set in the main square, Plaza Pagano, the fair has ... Read more