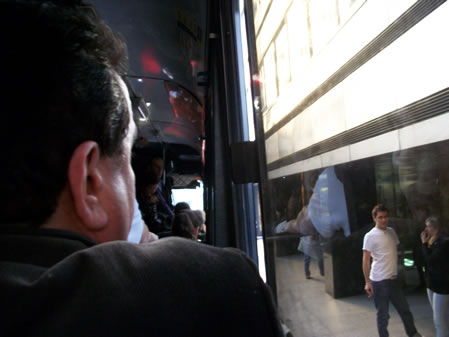 The buses of Buenos Aires are like old men in a bar – loud, smoky, rough around the edges, but dependably, they always show up – usually sooner rather than later.

The buses, called colectivos, or bondis in the local lingo, lunfardo are quite reliable, inexpensive and comprehensive, moving six and half million passengers a day. According to the Urban Public Transport page, Los Colectivos, the buses of Buenos Aires travel the equivalent to 3000 trips around the world each month.

The entire Buenos Aires’ system contains 110 bus lines, most functioning 24 hours a day. Although considered a public system, the buses in Buenos Aires are privately owned by dozens of companies, so while the service is generally good, each company can vary. Thanks to high ridership, Buenos Aires’ buses are economical even though the companies that run them receive virtually no government subsidies. 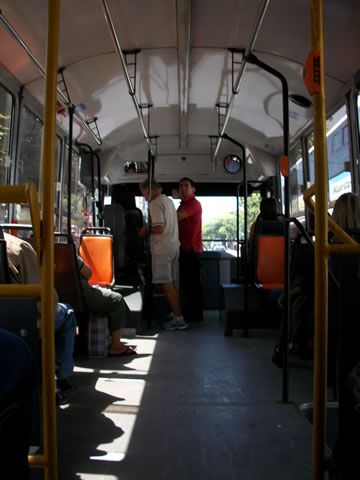 Obviously which bus you need depends on your location, but some lines, such as the 60, are particularly useful. The 60 is sometimes referred to as, ‘The International’ because its ten different routes pass by many top landmarks from La Boca Juniors stadium, Constitución train station, Plaza Italia, the U.S. embassy in Palermo all the way to the tourist office in the leafy northern suburb of Tigre.

Another bus line that hits a lot of the tourist hotspots is the 152, which passes through La Boca, San Telmo, Plaza de Mayo, Recoleta and Palermo.

Those who stay in Buenos Aires for a while begin to figure out what bus lines are reliable and which ones aren’t.

Some lines, such as the 10, 17 and 29 are dependable and come by very frequently, as often as every seven minutes in the central parts of the city. Others such as the 75 and 86 tend to be notoriously undependable and yet others, such as the 24, can be dependable during the day and seem to leave you waiting a while at night and on Sundays and holidays.

It’s worth noting that after midnight buses are suppose to stop for any passenger who flags them down, even if the passenger is not at a bus stop. It doesn’t always work, but they will often stop if flagged, particularly for women who are alone.

A basic Buenos Aires bus fare for those with a Sube Card starts at AR$13.50 for less than three kilometers and goes up depending on the distance traveled. The price has increased several time in the last few years, but leveled with inflation the basic fare has hovered around 0.35 cents in US dollars.

→ For help figuring out which bus you need go analogue using the Guía T or check out online directories such as the city’s website search engine, Como Llego.

→ For instructions on how to take a bus in Buenos Aires, click here.

→ For instructions on how to get a Sube card, click here.

→ Also check out an affordable downtown walking tour that gives a primer on using the bus and Buenos Aires subway.

1 thought on “The Buses of Buenos Aires” 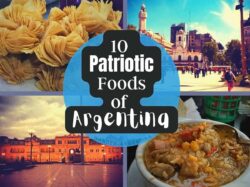 Ride-hailing apps such as Uber are a popular option for visitors to Buenos Aires and other large cities in Argentina. They are often more cost efficient and also remove some ... Read more 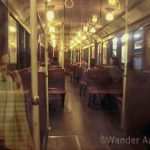