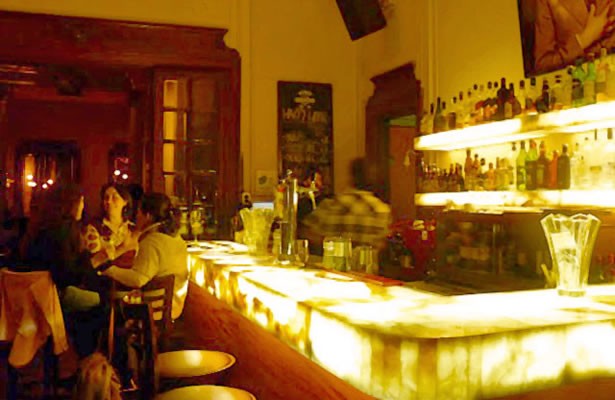 Milión is a mystical restaurant-bar that combines the main ingredients that draw people to Buenos Aires: timeless elegance, beautiful people and gourmet food.

Set in a beautiful Belle Époque-style mansion, Milión is a mainstay of the city’s pre-club hour night scene. This quintessential Buenos Aires’ getaway attracts fashionable young socialites and an international jet-set crowd, especially after being named by Newsweek as one of South America’s six top bars and ‘one of the world’s 21 secret hideaways’ by Elle magazine.

Located among the graceful Recoleta estates on Libertad Street, the only thing that gives Milión’s entrance away is a bouncer perched on a stool just inside the front door. Upon entry into the palatial haunt a multi-level bar opens before you. The bottom floor is dominated by an indoor-outdoor dining area, usually replete with pretty people in the garden enjoying fine food and expensive wine.

The international-Argentine cuisine by chef Darío Toledo is gourmet, as are the twilight prices, with dinners starting at about US$25 for a prix fixe entrée. In typical Buenos Aires’ night owl style you can eat dinner here until 1 a.m. on weekdays and until 2 a.m. on Fridays and Saturdays, although the mellower weekdays more readily lend themselves to dining late here as do the accessibly-priced lunches. 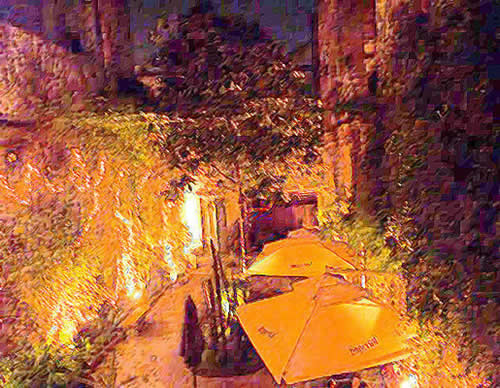 Most local Milión devotees don’t come here for a gastronomic adventure but for the rapturous atmosphere.

The 1913 French-style mansion was inherited by the uncle of one of the enterprises’ four partners in 2001. It had been abandoned for seven years and was badly in need of repairs. During the next six months, it was minimally but lovingly restored and adapted for public use. During the work, mementos were uncovered from the Allemand family, German immigrants who built and inhabited the home for nearly 70 years.

Overseen by Buenos Aires’ hippest feline, Emilio, Milión’s hallmark is the wide set of marble steps flanked by ivy-covered walls which lead from the bottom level to the bar on the second floor. There are few better ways to experience firsthand the intrinsic charm of the city than a cocktail here on a summer night below the Medlar tree with the soothing sounds of jazz, soul, bossa nova or tangotronica echoing through the breeze.

At the top of the steps lies the largest of several bars, attended by some effortlessly cool and showy bartenders. This area tends to get crowded, although this highlights not the thirst level of the patrons but the inefficient paying and ordering system. Those who want to mingle hang about the bar area, while the low tables and sofas towards the back of the long room draw groups who prefer to lounge and nibble on tapas.

The bar has retained all the classiness of the mansion it now inhabits, with its original door and bathroom fixtures, pinewood staircases, oak floors, fireplaces and high ceilings. Among the artifacts on display in the home are the Allemand clan’s piano, family portraits and the original 1913 wooden telephone.

The fine details are revealed for two more floors, each offering little compartmentalized rooms for groups to enjoy their own, virtually private parties, and a second floor exhibition area with a rotating collection of bold artwork by celebrated local artists. The very top floor has the most exclusive feel, and is often occupied by private parties or a band performing to an audience of elite Porteños.

The crowd is an eclectic mix of tourists and arty Argentine types ranging from those in their mid-20’s to older patrons. It’s not uncommon to see well-known local actors, directors and artists tucked away in a corner somewhere enjoying the relaxed atmosphere.

International cocktail connoisseurs will be pleased with the punchy martinis, caipirinhas and mojitos. Outside of the after-work happy hour, the expertise of the bartenders is reflected in the price, but the drinks here are no more expensive than many Palermo bars that offer more flash and less class.

We’ll also let you in on an insider secret: Once a year Milión celebrates its anniversary with a special, unannounced party hosted on the top two floors. Waiters circulate with foods to nibble on and there are a variety of free drinks. Although entry is free for everybody, because it is not publicized, many customers remain on the bottom floors, oblivious to the complimentary treats being given out above. The date is December 2 — every year. If you’ll be in Buenos Aires, mark it on your calendar.