Tigre town and the Tigre River Delta’s islands are no longer just an enclave for the well-to-do. 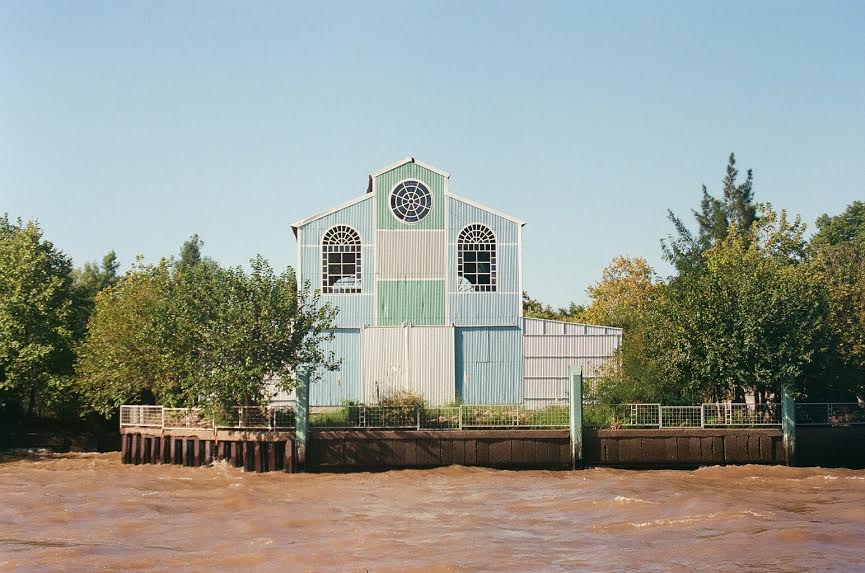 Many of the houses are ‘dream homes’ thought up by their owners and the result is an architectural hodgepodge of different styles and tastes.

Home-building projects range from elaborate eyesores to stunning structural wonders and everything in between.

Some once-splendid mansions lie old and crumbling, a symbol of the downfall of the aristocracy, other buildings are half-built and seemingly forgotten.

Many of the fancier houses are also neglected for a large part of the year; these are weekend homes, only visited when their owners need a break from city life.

All the houses have one thing is common — they are built on stilts to avoid flooding when Tigre’s riverbanks overflow during heavy rain.

Services on the Islands of the Delta

Not all of Tigre’s islands are connected by land, some permanent island dwellers can only leave and enter their houses by boat.

All houses have jetties and most islanders have some sort of floating transport.

Islanders on the Tigre Delta can survive without relying on the mainland.

Locals can also buy a surprisingly large amount of supplies from the shops dotted around the islands or from the ‘boat-shop’ that passes once a day.

There aren’t many restaurants along the delta, and most cater to an upper-class clientele willing to pay a premium for the riverbank setting.

There are no natural beaches along the river, but there are a number of fake-sandy ones to lounge on, usually attached to Tigre’s growing number of spas, hotels and hostels.

The Argentine TV show, ‘Summer del 98‘ (Verano del 98), popular at the turn of the millennium and was filmed in Tigre.

It was similar to the US show, Dawson’s Creek, but with even more soap opera-like drama.

The characters, opening sequence and plot lines were almost identical to Dawson’s Creek. The show never became popular outside Argentina, so it seems the producers got away with the probable copyright infringement.

The film ‘Everyone Has a Plan‘ (‘Todos tenemos un plan’)was shot in Tigre in 2012. It stars Viggo Mortensen – most famous for his part of Aragorn in the Lord of the Rings trilogy. Argentines will be proud to discover Mortensen speaks perfect Argentine Spanish – he spent time in the country as a child.

Everyone has a Plan was produced by the same team that shot the Oscar winning (The Secret in Their Eyes) ‘El secreto de sus ojos’ and stars the same leading lady, Soledad Villamill.

It tells the story of twin brothers, both played by Mortensen, one of whom is frustrated by Buenos Aires’ life. When one brother dies, the other takes on his identity.

The fraternal imposter goes to live in Tigre, and soon becomes wrapped up in his brother’s criminal dealings.

The latest series to be filmed in the Delta is Netflix’s ‘Secrets of Summer’ (‘Cielo Grande’ in Spanish) by Argentine director, Jorge Edelstein.

With action, romance, and the sentimentality Argentine productions are known for it’s about a group of teens who try to revamp a historic building located deep within the Argentine Delta.

It seems that blissful island life may not last forever.

As with Venice, Italy and New Orleans, USA rising sea levels threaten to wipe out the islands.

The river Delta also advances southward 50-90 meters each year, which means it is possible that northern suburban areas in metropolitan Buenos Aires, such as Nuñez may become islands later this century.

Perhaps one day the River Stadium — home to popular football team, River Plate may be underwater, something that their arch rivals, Boca Juniors would no doubt celebrate.

Tigre’s natural beauty and flooding danger seems the perfect setting to inspire people to look after the planet, and a number of ecological projects have sprung up along the Delta.

Some, such as Proyecto Delta, are community living schemes with a focus on conservation and protecting the environment. Others such as Echo-Village are part of a worldwide eco-movement and accept foreign volunteers for a small cost.

The ecological groups have a strong community feel and projects such as Echo-Village reward the hard work of volunteers with wild, weekend-long parties.