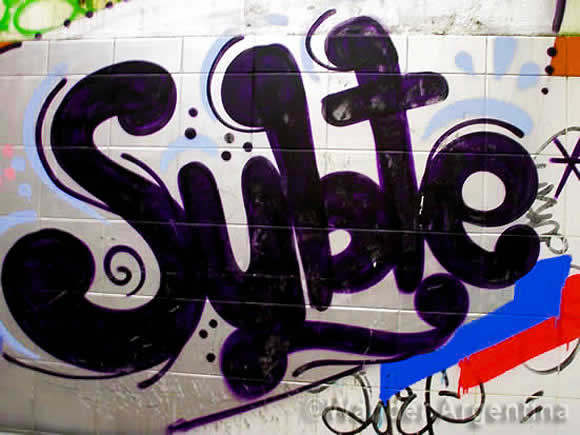 Part of the daily grind for residents, visitors will find the Buenos Aires subte provides fluorescent-hued flickerings of insight into the lives of porteños of all incomes.

In among tired workers, embracing couples and entire families on day trips, panhandlers make their pleas and vendors plug anything from chewing gum to mini-sewing machines and musicians belt out tunes of varying quality.

Buenos Aires was the 13th city in the world to get a subway system and the oldest subway coaches in service worldwide still ran on the historic línea A until the city decided to replace them in early 2013 for safety reasons.

The network consists of six lines, líneas A – E and H and covers over 52.4km of the capital. Tourists will find the subte is relatively clean, goes to the majority of attractions and is faster and easier to navigate than the more complex bus system.

Unlike some other cities where fare is determined by distance, in Buenos Aires a single fare covers the whole subte network. Passengers can travel for two stops, change twice or ride to the end of the line — it’s still the same low price.

While still very affordable, the subte’s fare have been steadily increasing year after year to keep up with inflation. With the price rises, and the addition of bike lanes and a bike lending program, passenger numbers have dropped by an average of 200,000 per working day.

Waiting times for trains are generally between 3-6 minutes, though this depends on the line, time and day of the week. Television screens at the stations display train frequencies, as opposed to specific arrival times, along with news, short general interest programs and adverts. Wi-Fi is also available at most stations.

History and Controversy of the Buenos Aires Metro

Before the inauguration of the A line in 1913, the first subway line in South America, the capital’s transport network consisted of an intricate web of tramway and train lines, which congested its narrow streets.

The first proposals to build a subway system were submitted in 1886. After various plan rejections, delays and hiccups, the then-thriving Anglo-Argentine Tramways Company began the build in 1911.

The subway system has changed hands various times in accordance with the political whims of the government. 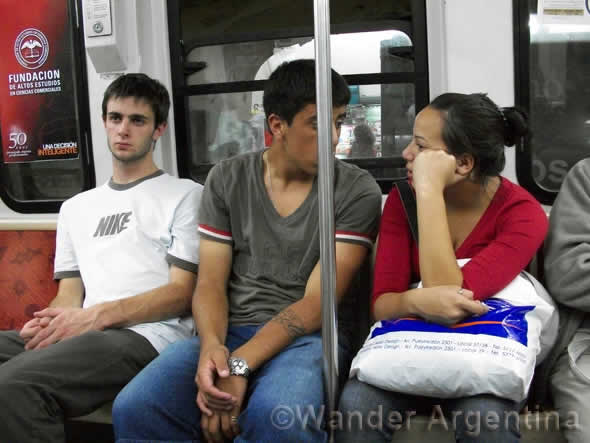 Today, Subterráneos de Buenos Aires, or SBSAE, owns the stations, and through SBASE, the city government is in charge of the expansion of the network.

When the subte was privatized under President Carlos Menem’s rule in 1994, the company Metrovías S.A began to operate the system. In 1999 this contract was extended until 2017.

As of 2012, the national and city government have been wrangling over ownership of the subway system. No one wants the hemorrhaging network on their hands.

Per prior agreement, the city government took over the subte in 2012 and consequently increased the fares, before later trying to return it to the national government, who didn’t want it.

As the national and city government continue to squabble, citizens take the hit with a dearth of police officers in stations and frequent strikes by workers.

Connections and Expansion of the Network

As three out of six subway lines fan out from main square Plaza de Mayo and run parallel to each other, passengers often have to travel to the center to switch lines. Connections between the busiest lines B, C and D happen at the crowded downtown intersection below the Obelisk of stops Carlos Pelligrini, Diagonal Norte and 9 de Julio.

After a 60-year lull in construction, the modern H line was created in 2007 and is still being expanded. This line allows passengers to connect across the E, A and B lines without first traveling to the city center. An SBASE representative describes the H as being “fundamental to improving the operation of the whole system” and this explains why the H was constructed, before the F and G lines, which were planned at the same time. When finished, línea H will connect with the D line, and join main tourist destination Plaza Francia, home to Recoleta cemetery, to the rest of the city.

There are also plans to extend the A, B and E lines and build new lines F, G, which will run between 56 new stations. The extensions will add 39.3km to the network and subte riders are expected to increase by the thousands once they are completed. — Rosie Hilder

→ How to Take the Buenos Aires Subte