Carnival in Buenos Aires is a grand fiesta that takes place every year throughout the month of February. 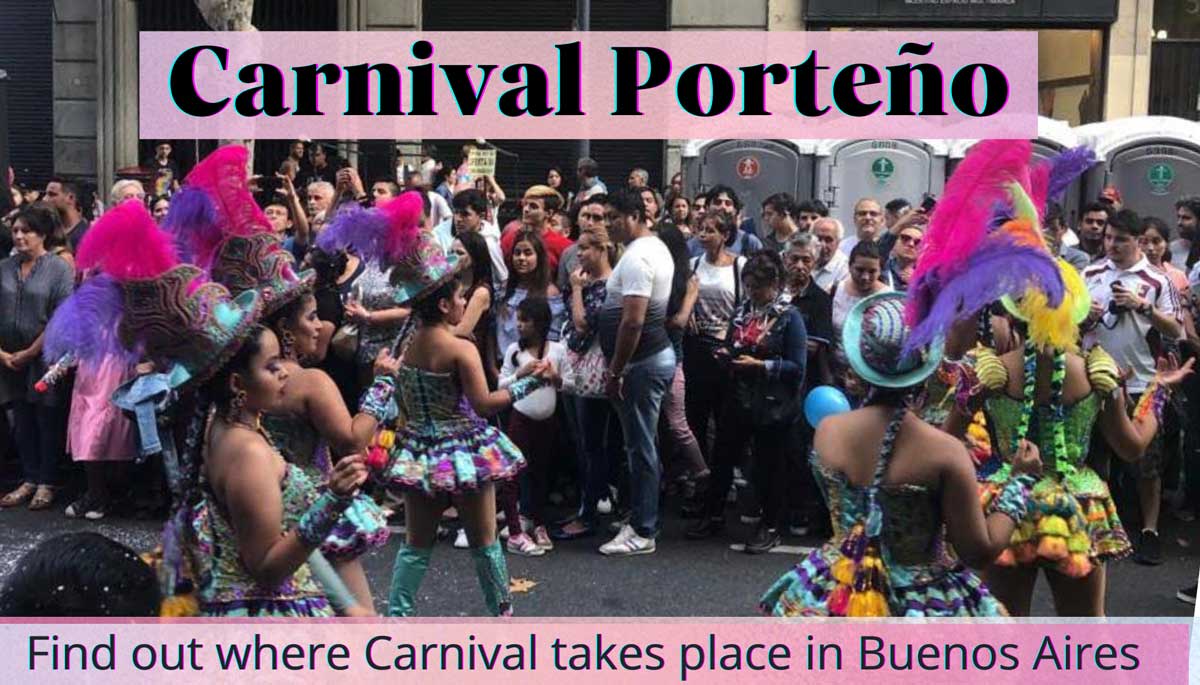 See this neighborhood-by-neighborhood guide to find out where you can catch your colorful local murga, or carnival dance troupe, take to the streets.

There is typically a big central end-of-carnival party in downtown Buenos Aires on the official carnival holidays the last day in February.

After a break during the pandemic and 35 troupes performing on Avenida de Mayo in 2022, this year the Government of the City of Buenos Aires reported that only 11 corsos will be permitted.

Mugueros are angry about the reduced Carnaval celebration and are mobilizing to try and reinstate the festivities as they took place last year.

So the reduced Buenos Aires’ carnival on Avenida de Mayo will feature under a dozens parades, or corsos unless the groups successfully lobby to change this.

Dozens of murgas will perform in different neighborhoods throughout the city though.

Some of the colorfully-named murgas who will delight onlookers with their songs and flashy Carnival moves his year include:

From Saturday, February 4, 2023, Buenos Aires celebrates its carnival with different corsos throughout neighborhoods of the city on the weekends.

The parades begin at 4:00 p.m. with ‘criticas’ and shows with dancing and bands

In the case of rain, the closing event of the Carnival on Avenida de Mayo will be rescheduled for the following weekend

The smaller than normal end of the Carnival season party will take place on the Carnival weekend, Avenida de Mayo starting near the Plaza de Mayo and taking up the street up to the intersection of 9 de Julio.

Second Half of February Carnival

• Wearing easily stained garments such as silk to carnival is NOT recommended because kids run around spraying foam indiscriminately. Watch your eyes but don’t worry about street clothes as the ‘carnival snow’ generally dissolves quickly.

• Be careful with expensive cameras as well because non-local carnival visitors are big targets to be ‘foamed’ by mischievous youth.