Colonia del Sacramento, Uruguay, is a pleasant, historic and most importantly quiet little getaway that takes less than an hour to get to by ferry from Buenos Aires. 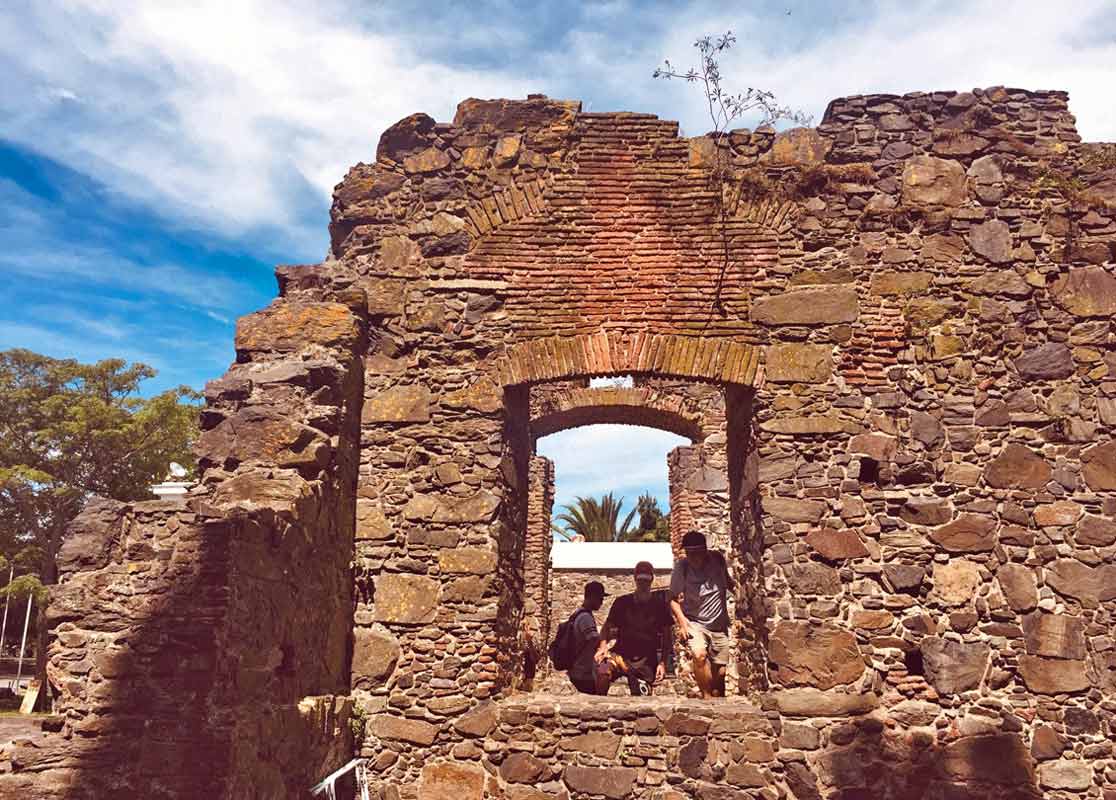 With its unmistakable Portuguese influences, quaint restaurants and tourist attractions that include a light house and a bull ring, it is a world away from bustling Buenos Aires.

⇒ Ask us about a day tour to Colonia

A Brief History of a Colonia del Sacramento

Colonia is a small town, with a population of just over 20,000 – and as a tourist you won’t even need to go much further than the cobblestone streets of the Portuguese built Barrio Histórico, just a short walk from wharf where the ferry drops you off.

Originally founded by Portugal in 1680, the strategically well-positioned town was taken over by the Spanish soon after.

The two maritime powers swapped control of Colonia until the 1820’s, when Brazil became a nation in its own right and inherited the territory.

As a result of the Argentina-Brazil war, the nation of Uruguay was formed, and Colonia lay within its borders. The town has expanded since those times, but the historical neighborhood remains a charming reminder of things past.

On a first trip to the township, you may consider it worthwhile to pay a little extra for the Colonia guided day tour to get a bit of historical background and a few folksy stories about Colonia.

If you chose not to do the tour, you are still guaranteed to see everything there is to see, due to the tiny proportions of the Barrio Historico – and you have the option to choose another lunch spot aside from the one that comes as part of the tour package. You can always pick up a map and pamphlet from the Tourist Information Center, near the City Gate, and figure it out for yourself. Another option for those with a driver’s license on them is to rent a moped upon departing the ferry, but be prepared to put down a big cash deposit.

Firstly, you can’t miss the rustic lighthouse, which is alongside the ruins of the convent of San Francisco, facing out towards Buenos Aires. A small fee and a laborious clod up the spiraling staircase will reward you with a nice view from the very top of Colonia. You can even make out the skyscrapers of Buenos Aires’ Puerto Madero in the distance on a clear day.

The other historical feature you will notice immediately is the restored Portón de Campo (City Gate) with its stone pillars and wooden bridge, which makes for an elegant photo background.

Beyond the gate, the main plaza is a great place to relax and enjoy the sounds of silence, and it is surrounded by the historical buildings which constitute most of the remaining tourist attractions of Colonia.

The Basilica of the Holy Sacrament is imposing, but relatively humble for a Catholic creation, while some small museums and historical houses in this area are worth a glance too.

The craft stores and art galleries around the central plaza are also nice to meander about.

The largest attraction outside the confines of the Barrio Historico is the Plaza de Toros Real de San Carlos, a rundown bullring a couple of miles from the plaza.

Built in 1910 to attract bloodlusters from Buenos Aires, the Moorish bull ring amazingly only put on eight events before being closed down due to a ban on the sport in Uruguay.

Unfortunately the public is not allowed inside the bull ring due to safety precautions, so visitors are limited to observing it from the outside.

Trips to Colonia to Renew the Argentine Visa

Digital nomads, remote workers and others who plan on staying in Argentina for any length of time on only a tourist visa will soon find themselves considering the short hop over to Colonia.

Being in another country of course, will instantly renew your tourist visa for another three months, no matter the length of your stay.

Although some choose to make a weekend of a trip to Colonia, most are there and back within a day.

Those who go to Uruguay to renew their visa repeatedly could bump up against problems with immigration officials which will most likely result in a stern lecture about spending extended periods of time in Argentina on a tourist visa.

→ Information on Getting to Colonia, Restaurants and Hotels