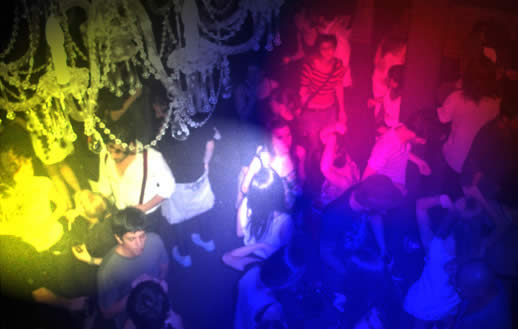 Nightlife for Women in Buenos Aires

It’s no wonder that Buenos Aires vies with Rio de Janeiro for the title of ‘Party capital of Latin America.’

Travelers from sleepy towns where the pub closes at 11:00 p.m., or who aren’t even old enough to drink at home (the drinking age is 18 in Argentina, and even that is ignored) can easily get swept up in Buenos Aires-style marathon party nights that end with them headed home blurry-eyed — just as others are going to work.

For women it’s particularly important to keep your wits as much as possible.

In the huge clubs and notorious pick-up joints of Buenos Aires — some of the Irish bars of the Retiro neighborhood jump to mind — women may receive unwanted random groping from young men who can’t handle their alcohol.

The best reaction is a firm reproach or even a yell, “no!’ This will attract attention and usually embarrass the man enough that he will desist.

In a quality establishment a man aggressively harassing a women will be thrown out. Don’t be afraid to inform the bartender or bouncers if a man in a bar is seriously pestering you.

If you are offered a drink, make sure it is handed to you by the bartender or cocktail waitress and not by the man who ordered it for you.

Being ‘slipped a mickey’ is mostly an old urban legend in Buenos Aires, but in the last few years some area hospitals have reported a few isolated cases of patients who had been intoxicated without their knowledge by the ‘date-rape drug,’ rohypnol and possibly even scopolamine, although usually for the purpose of theft.

Men are also vulnerable to this.

A Word About Drinking While Out on the Town

Most sexual crimes that occur in Argentina among foreign women do involve alcohol. Unfortunately, morality aside, the law of the jungle is: drunk woman alone=easy prey.

Staying relatively sober is one of the most important things a woman can do to keep on top of things and avoid getting into an ugly situation.

If you’re going to drink in excess, make sure you are with people who have your best interests in mind and won’t ditch you.

In Argentina, lone drunken woman are extremely conspicuous in public at night and will inevitably draw unwanted attention.

Although the time when Argentine women sipped one drink all night long seems to be coming to an end, it is rare to see an average middle class single female here more than a little tipsy.

Being intoxicated and unfamiliar with the language and customs is a dangerous combination anywhere. When in doubt, call a taxi to get home instead of using public transport.

Ladies, keep cultural differences in mind on the dating scene.

Argentine men are superficially chivalrous and charming but can come on very strong.

Having your date briefly meet a couple of your friends, your housemate, or a family member before going out can do a lot to make sure they will be on their best behavior.

At the very least, make sure to let a friend know where you will be going and with whom.

In Argentina, inviting a man you up to your apartment or hotel room after a date will be interpreted as a clear indication that you are ready and willing to take things further.

That’s not to say that he will force himself on you if you resist advances obviously, but keep in mind that cultural misunderstandings can create some awkward situations.

Prevention is your best defense: choose your dates well and clearly state your limits and expectations before your date’s inner vampire arrives on the scene.

Sometimes they will take protest as a challenge and still be overly aggressive no matter what you do, but especially if you reject advances.

If that is the case, just get away from him as soon as you can.

It should go without saying that it’s a very bad idea to invite a complete stranger to your home or hotel room.

Traditionally, even Argentines who want to engage in casual sex don’t typically bring strangers home or go to their home but instead go to telos — hotels specifically designed for sex which are abundant throughout the country.

If you do invite a man to your home or hotel, make sure you know him well enough to at least know where he lives or works.