Rosario, in the province of Sante Fe, may not be a big-name tourist destination in Argentina, but it’s worth having a look at if you’re sick of the Buenos Aires grind, on the way to Iguazu, or don’t have the time for a big a trip to Patagonia. 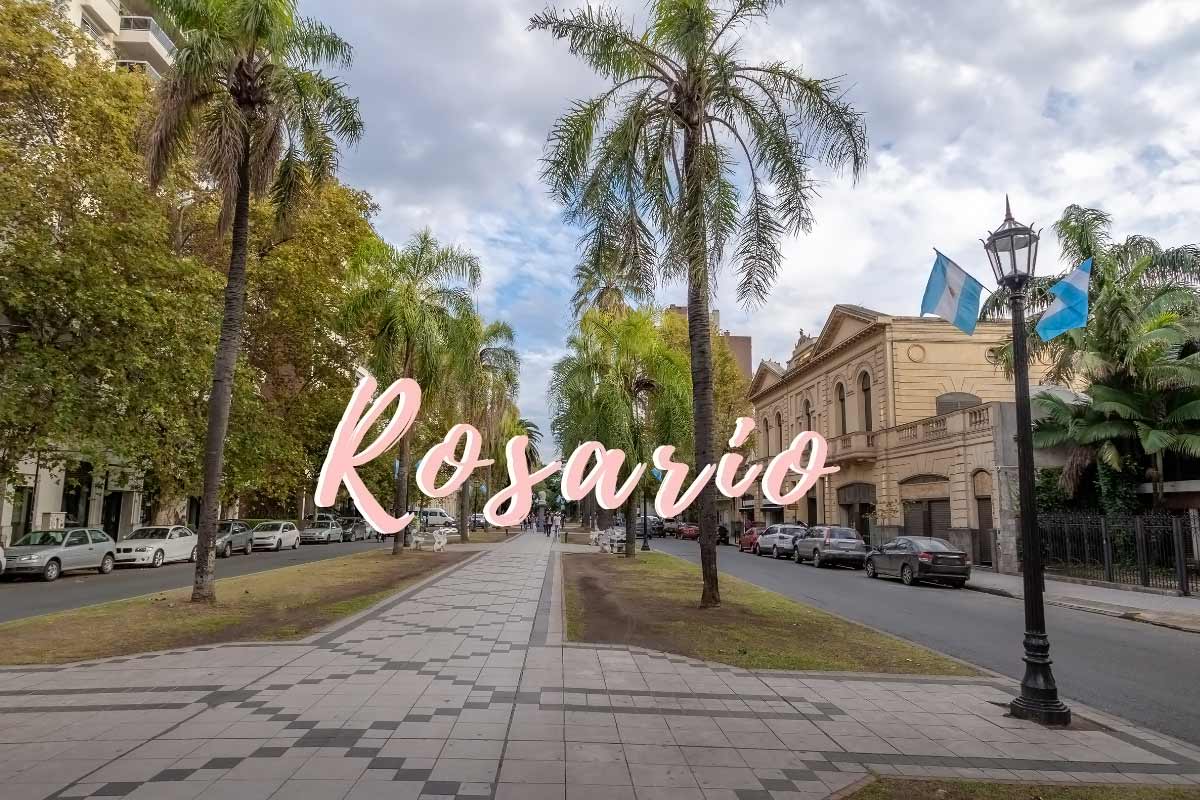 Rosario isn’t as gorgeous as Mendoza, nor will it take your breath away like Bariloche, but it vies with La Plata to be considered Argentina’s second city.

What Rosario does offer is culture, history and nightlife for fun-loving travelers or study abroad students.

Argentina’s third largest city, with a population of over 1.3 million people, Rosario is a port city situated on the Paraña River.

The smallish population and position on the water ensure that the ‘Rosarinos,’ as the locals are known, are a bit more laid back and outdoorsy than their Buenos Aires counterparts.

There are some lovely walks along the Rosario’s 15k costanera, or riverfront, where visitors can get some exercise, sip some mate and gaze upon the water.

An important Rosario monument is the National Flag Memorial, with its ornate tower overlooking an expansive courtyard, all of which is easily accessible on foot and offers great photo opportunities, or just a nice place to mill around with the locals.

The abundance of theaters and museums, including the fine arts museum, Museo de Bellas Artes Juan B. Castagnino and the Museum of Contemporary Art of Rosario (MACRo) highlight Rosario’s contributions to Argentine culture.

The city is also the birth place to some Argentine luminaries such as painter, Antonio Berni, athlete, Lionel Messi, and revolutionary Ernesto ‘Che’ Guevara.

In 2008, in the aptly-named Plaza Che Guevara, the city also inaugurated a four meter bronze statue of him, made with the old keys of citizens from across the country.

Rosario is also known within Argentina as a fun party town, due to its young population and wide variety of bars and clubs.

Porteños from Buenos Aires will even hop over to Rosario on a weekend just to go clubbing for a night or two, although rising crime in recent years has caused internal tourism to slow.

The city on the river is also reputed to be the home to the best looking girls in Argentina — quite a claim considering many Argentines believe that their country has the ‘best looking women in the world.’

Men traveling with wives or girlfriends should probably just keep their eyes on the floor at all times (or wear dark sunglasses).

Perfect for a four-day trip, or even a long weekend, Rosario is relatively close to Buenos Aires, and it’s inexpensive to get there.

A micro (long distances coach) ride from the Retiro station costs under US$10 for a semi-cama seat (reclines to 45 degrees), and a bit more for cama (fully reclinable) and takes between three to four hours.

There are a multitude of companies offering services at all hours of the day.

You can compare prices here and purchase tickets online, or head into the Retiro bus station in Buenos Aires (Av. Antártida Argentina and Calle 10) and ask around at the different company stands.

A convenient option if traveling from Buenos Aires, is to go into the Hostels International office downtown (Florida Street 835, ground floor) where you can book your bus trip without having to go to the Retiro bus station.

For budget travelers, there are several well-known hostels to choose from in Rosario. A tranquil option 15 minutes by foot from downtown is Posada Juan Ignacio, which has a garden with a pool and bar.

La Casona de Don Jaime is a popular hostel with two locations to choose from.

Both are situated centrally, close to both the bus station and downtown area, as well as the more attractive tourist zones, with a bed in a 6-person dorm costing only about $6 a night.

They are also the only hostels in Rosario with the Hosteling International mark of approval.

A hip alternative is the nearby Cool Raúl Hostel.

Alternative being the operative word here – this ‘rockin” hostel is geared towards fun freewheelers looking for an escape from the everyday routine.

Another option further away from town, near Florida beach, is Soles Boutique Hostel.

It’s artfully decorated with antiques and has a nice garden.

For a private room at about twice the price Casa Be Suites is a slick option near Independence Park and Newell Old Boys’ with sustainable practices in place.

Those traveling by car should note they don’t have parking though.

A family or a group of friends might want to book a reasonably-priced apartment with a view of the river. from Parana