The National Arms Museum of Buenos Aires displays one of the largest arms collections in all of South America. 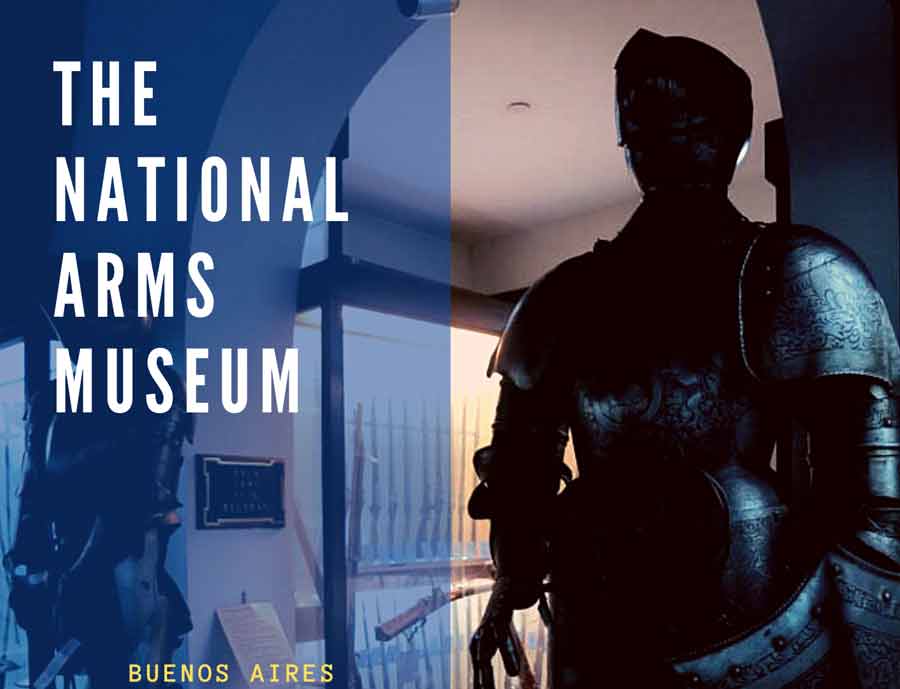 The military museum located in the neo-Renaissance style Palacio Paz is stocked with over 2,000 weapons and artifacts ranging from ancient armor to pistols to canons.

The historic landmark building is an ornate example of the Renaissance-inspired architecture that gives the Retiro neighborhood its European flavor.

The sprawling 18-room mansion, originally known as ‘Palacio Paz,’ was built for the Paz family, founders of La Prensa newspaper.

In 1938, the society of ex-military officers, Círculo Militar, purchased the building.

Inside the Arms Museum

From the richly decorated swords of 12th century noblemen to the advanced assault rifles of today, the objects featured in this museum reveal the nation’s history through its iconic leaders, difficult battles and military technological advances.

Two imposing engraved suits of armor guard the entrance into the first room of the exhibition where visitors are introduced to relics from various countries including ancient crossbows, shields, breastplates and chain mail.

A room named after José de San Martín, everyone’s favorite Argentine hero credited with liberating Argentina from the Spanish, features historical firearms dating to the settlement of Buenos Aires in 1536.

An exhibition dedicated to the Falklands/Malvinas War displays the uniforms, equipment, and weapons used during the bitter conflict over the sovereignty of the islands, such as the Argentine manufactured light automatic rifle as well as model fighters and cruisers lost during the war.

A room dedicated to Asian weaponry is dominated by figures of soldiers clothed in elaborate ceremonial armor wielding Samurai swords.

This part of the collection includes weapons from Southeast Asia, China, Turkey, Persia and India.

History majors and war buffs will enjoy the ‘Hall of Arts,’ dedicated to battle artifacts and the decorated guns of Argentina’s past presidents.

The younger crowd will enjoy the miniature toy soldier exhibition of various military uniforms throughout history.

Another curiosity are the custom-designed horse gas masks.

Beyond the Artifacts – Tours & Courses

Guided tours are available upon request as are annual courses on topics such as, ‘History and Technical Evolution of Weapons.’

—> those who are interested in military stuff should miss the changing of the guards at the Casa Rosada, Cabildo and Casa Rosada in the Plaza de Mayo.

Also don’t miss the Casa Rosada Museum in the old fort beneath the Government House.