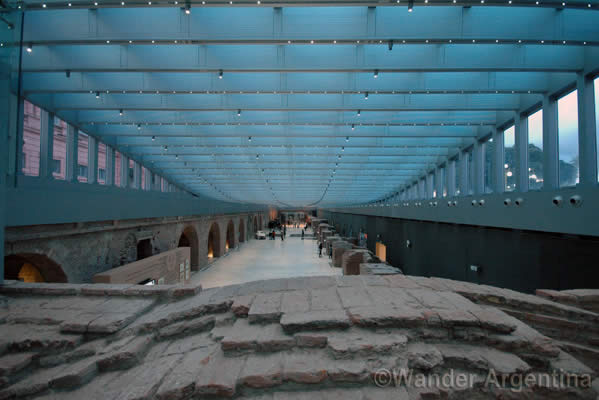 Just around the corner from the Plaza de Mayo is the sleek Casa Rosada Museum. This museum was built in 2010 and originally called the Bicentenary Museum to commemorate 200 years since the start of the revolution that led to Argentina’s independence.

The sprawling museum is below street level, and lies on the spot where the first fort in Buenos Aires was built in 1580. The original brickwork is still visible in the museum and makes for a stunning reminder of the building’s history. 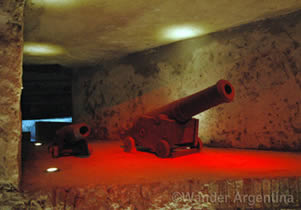 history. Important artifacts such as clothing and objects of some of Argentina’s most popular political figures such as Eva and Juan Perón are also on display.

Non-Spanish speakers may find themselves a little lost by the videos, but they shouldn’t feel bad. Even for those with a vague idea of Argentine history might find it difficult to fully understand which liberator was which, and which coup happened when – which serves to highlight Argentina’s complicated political history. 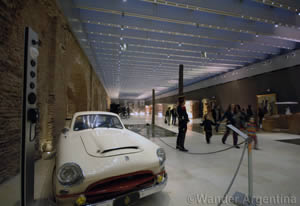 The museum ends on a patriotic hopeful note, with footage of the late Nestor Kirchner and videos, which emphasize the changes he made during his presidency. The message seems to be ‘Everything is okay now, we’ve sorted out all the country’s problems.’

Interestingly, no extra footage or objects have been added since Nestor’s death nor of his wife, Cristina Fernandez de Kirchner’s presidency.

Plaza de Mayo Through the Years

Close to the entrance a video shows images of the Plaza de Mayo changing over the years, which is accessible for non-Spanish speakers and gives a visual insight into historical changes in the square.

A principle point of interest at the Casa Rosada Museum is the 1933 mural Ejercicio plástico, by Mexican, David Aflaro Siqueiros. It was originally painted in journalist Natalia Botano’s basement, and excavated in its entirety to the museum. 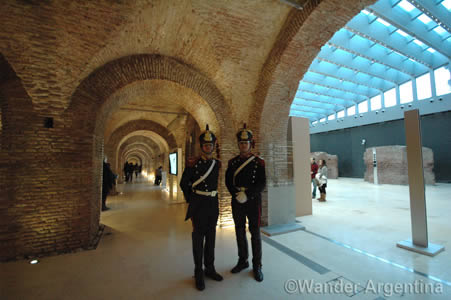 There are also retro cars and temporary exhibitions concerning Argentine figures and history plus a traditional patisserie and coffee shop.

The architecturally impressive, if propagandist, museum is worth a stroll through after taking in the Casa Rosada tour around the corner. -Rosie Hilder