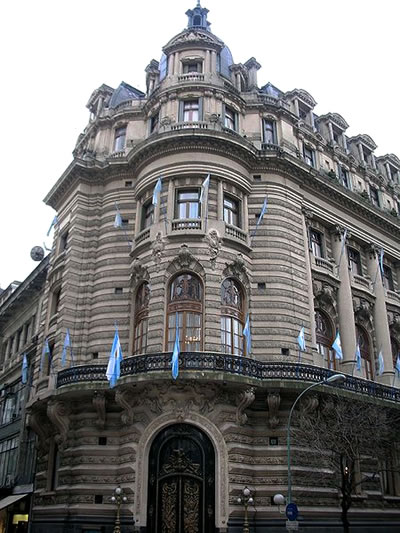 At 801 Florida Street, across from Galerías Pacifíco, the huge arched doorway overlooked by an ornate cast iron sea nymph blowing his bugle gives a hint to the magnificence inside. The 1914 Beaux-Arts building, one of Florida Street’s architectural gems, is home to the Argentine Naval Center.

The naval club, founded in 1882, is a non-profit civil group with the motto ‘Union and Work’ that aims to promote prestige among naval workers. The majestic building and the club’s exclusivity reflects the important place the Argentine navy has historically held in the country’s military, primarily protecting the vast coast.

One of Florida Street’s few fine restaurants is located here, but unfortunately it’s only open to its few thousand club members. 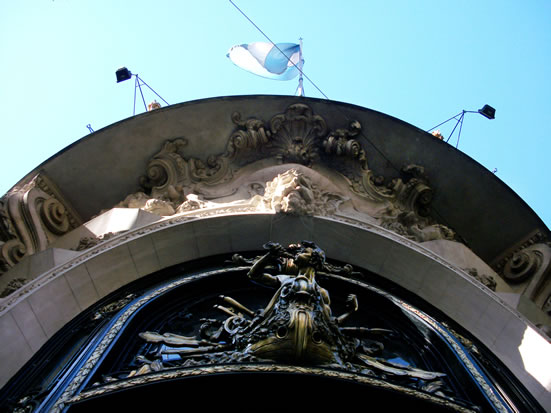 There are occasionally conferences and free activities such a symphony orchestra performances, but generally you won’t be able to wander much farther than the lobby — even those lucky enough to be invited by a member to an event here are screened.

The Naval Center also runs Hotel Centro Naval, a three-star hotel located in a modern building across the street. Their Yacht Club holds races and has a sailing school, including classes for those with special needs.

Those with a special interest in nautical history, ships, antique weapons and navigation instruments can head to the Naval Museum in Tigre, set up by the Naval Club in 1892.