Tens of thousands of people turned out for the Buenos Aires’ annual Gay Pride Parade, now in its 19th year. Although no official number has been released, the turnout was larger than expected with over 100,000 people participating in the march — double the number that turned out for 2009’s march. The atmosphere this year was more festive and relaxed than in previous years. Participants had one important reason to celebrate: four months previously gay marriage was legalized in the predominately Catholic country.

Among the groups that participated were the Argentine Association of Transvestites and Transsexuals, the ‘Peronist Fags’(Putos Peronistas), the local chapter of Parents, Families and Friends of Lesbians and Gays (PFLAG), The Sisters of Perpetual Indulgence, and the Homosexual Community of Argentina (CHA by its Spanish acronym), who as you can see from the above video had the loudest and most boisterous float in the procession. 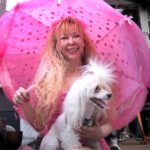 The Argentine LGBT community now plans to focus their efforts on pushing for legislation that would facilitate the process for transgendered individuals to permanently change their gender orientation on official documents. Another issue on the table is the fight for equal rights for gay parents. The LGBT community plans to launch a campaign to change the law so that both same-sex parents can put their names on their children’s birth certificates.

This site uses Akismet to reduce spam. Learn how your comment data is processed.