Christmas eve in Argentina, is the main day of holiday celebration here and it lands in the midst of the scorching summer. 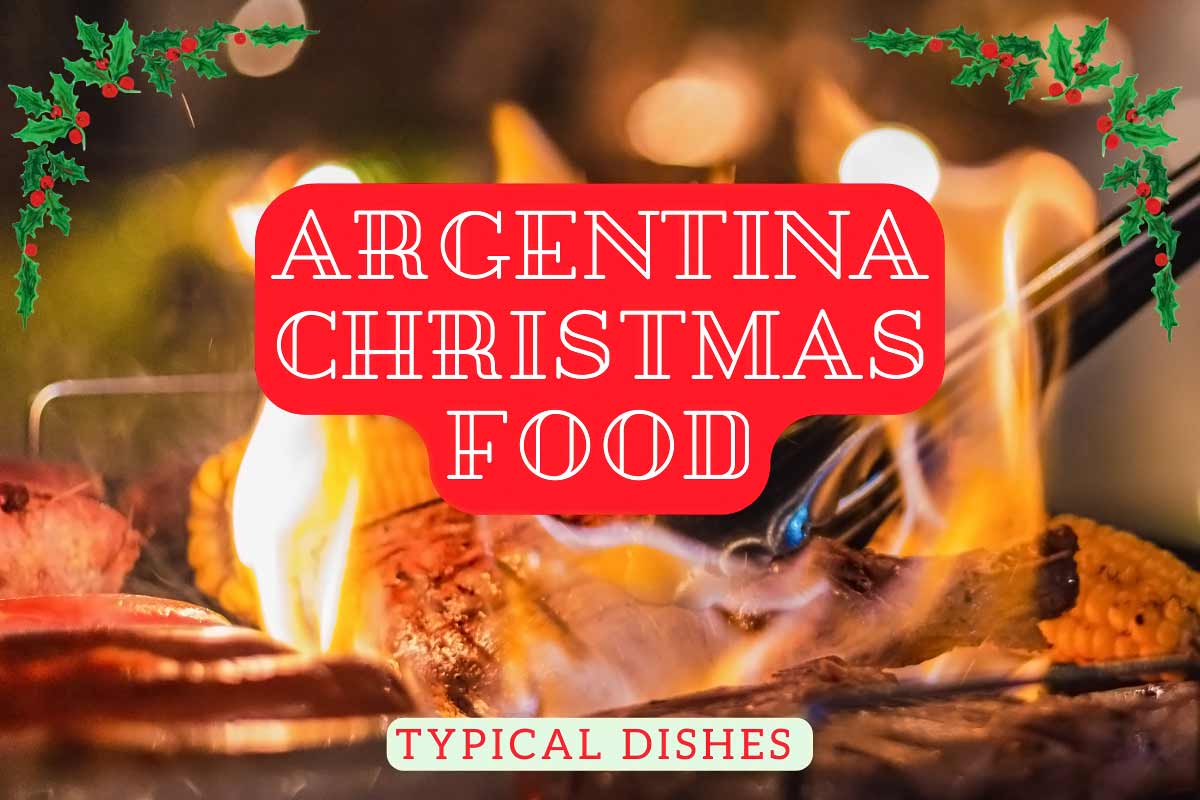 This means that holiday party spreads are heavy on cold appetizers.

Argentina’s Christmas culinary tradition is focused on salads, fancy finger foods and special (and sometimes strange) holiday dishes from the old country and the customary asado.

Although walnuts are pricey in Argentina, the Waldorf salad also shows up on more gourmet holiday spreads.

Made with bizcochuelo, the sponge cake is wrapped up around tuna or chicken with condiments such as sliced cheese, tomatoes, artichokes and mayonnaise or salsa golf (an Argentine invention of ketchup mixed with mayonnaise).

There is also a dessert version of pionono, made with jam or dulce de leche (sweet milk spread) seen on the holidays.

Also known in some areas of the country as Fiambre Alemán, a cake-shaped construction of savory crepes filled with any number of ingredients including ham, cheese, tomatoes, lettuce, olives and, of course, plenty of mayo.

A common Christmas appetizer and perhaps the most off-putting for vegetarians would have to be lengua a la vinagreta.

Though seen year-round, another common platter at Christmas is matambre relleno, or beef roulade.

A food brought to Argentina by both Italian and German immigrants, it’s a fine cut of flank steak rolled around ingredients that can include boiled eggs, carrots, artichokes, olives, and ham or chicken.

Those in the western provinces, especially Syrian and Lebanese descendants, will likely serve ñinos envueltos, which literally translates as ‘wrapped children.’

The flavorful stuffed meat rolls are made with thinly-sliced rump roast wrapped in grape leaves and served in a tomato wine sauce.

Vitel Toné (veal in tuna sauce), originally known in Italian as Vitello Tonnato, was brought over by immigrants from the Piedmont region of Italy and somehow established itself as Argentina’s most traditional Christmas entree.

It is chilled to let the flavor set and served in covered in the creamy sauce.

The more amateur cook may replace the creamy ingredients with Casancrem, an additive-laden white cheese spread sold in grocery stores.

Argentina being the land of die-hard carnivores, for many nothing says Christmas like the sacramental asado (barbecue).

Despite the heat, a brave asador (bbq-cook) will hold court while reverently attending to the steak, sausage, lamb, and chicken on the grill.

In the countryside friends and family will congregate in the garden or patio of whomever has the most elaborate parilla set-up.

In some neighborhoods of Buenos Aires groups with limited space will set up makeshift barbecue pits on the sidewalk or in the park.

On rainy years, and as tradition in some families, the main course could be lechón navideño, an oven-roasted suckling pig.

Whatever the Noche Buena (Christmas eve) brings to the table, with the calorie-laden foods, summer heat and loud all-night party, expect a tranqui (chilled-out) Christmas Day — Argentinians will be recovering from partying and pigging out the night before.

→ Read about: Christmas in Buenos Aires

→ Check out our list of Food Tours in Buenos Aires