If trying to sort out which football/soccer match to go see in Buenos Aires, it obviously first depends on scheduling, the length of your stay and the availability of tickets. 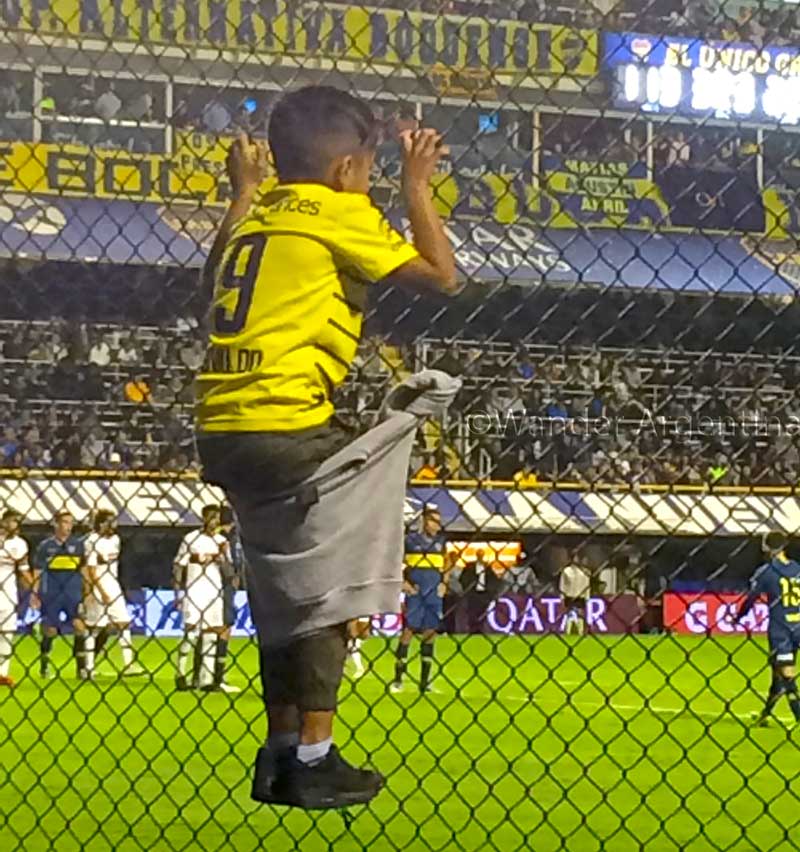 Any game featuring Argentina’s top soccer teams is an exciting event but some matches are more coveted than others, particularly games between historic rivals.

Assuming you had all options available to you, and you’re a neutral supporter, the games could be prioritized in the following order:

The ‘Superclasico’ of Argentine football, and a unique experience that is worth blowing one’s budget.

It’s a sporting event you’ll never forget, even if you’re not a football fan, and if you are, a Boca-River game is something akin to Nirvana.

It’s preferable to see this historic match up at Boca Jr.’s home stadium, the Bombonera in La Boca.

Unfortunately it is extremely difficult for visitors to get tickets due to a ‘members only’ policy, and prices for non-members to sneak in reach up to around US$500 per person.

If the game is played at El Monumental, River Plate’s stadium the ticket prices could be similarly prices, at least if the end of the 2021 season is any indication.

When stadiums had their first full house of spectators for the first time in two years, rabid River fans scooped up all the tickets available.

You may not find the same level of fanatical fans as at a national club game, but when two of South American football’s oldest and fiercest national rivals go head-to-head with squads bursting to the brim with superstar talent, footballing history is made every time.

Plus you don’t want to miss Lionel Messi play on the Argentine National Team in his final years of the game.

Although Boca Juniors and River Plate rival each other for the highest number of supporters in Argentina, Boca’s Bombonera, or ‘chocolate box’ home stadium is unique in world football.

It is comparatively small to other stadiums, with steep stands full of rabid supporters in one of the most colorful neighborhoods of Buenos Aires, the atmosphere at big matches is pure shock and awe.

For the last few years, Boca has not sold tickets publicly — only those who are ‘socios,’ or Boca Jr. team members can get tickets, so these days it takes a near miracle for visitors to see games in the Bombonera. (at Wander Argentina, we have been known to perform ticket miracles).

River Plate fans are just as fanatical as their Boca rivals.

Although their stadium is slightly less intimate, it’s the biggest in the country and more than worth a visit. River Plate’s stadium has a newly renovated midfield premium box seat section with only 109 seats.

Like Boca Juniors, River Plate also has a ‘members only’ policy for ticket sales which gives preferential treatment to ‘club members,’ so they can be difficult to for visitors to acquire.

If none of the above games are available to you during your stay, there are plenty of alternatives that are sure to leave you satisfied.

Argentine football is full of historical grudge matches. The colorful local rivalries between other big five teams include:

Any match played by the national team is a momentous event as well.

Finally, don’t disregard a trip to any of the match ups during a regular weekend of fixtures of any Argentine Super League team, or intra-continental affairs against clubs from elsewhere in South America.

Purchase Tickets to a game:

• Boca and River games with pick up and drop-off

Read More about Soccer in Argentina:

→ How to Get Tickets to Games

→ All About Argentina’s Major Football Clubs

1 thought on “Which Argentine Football Games to Attend?”