La Boca, the Buenos Aires’ neighborhood famed for its colorful houses, its tango and its soccer team, is the one spot that makes every visitor’s agenda. 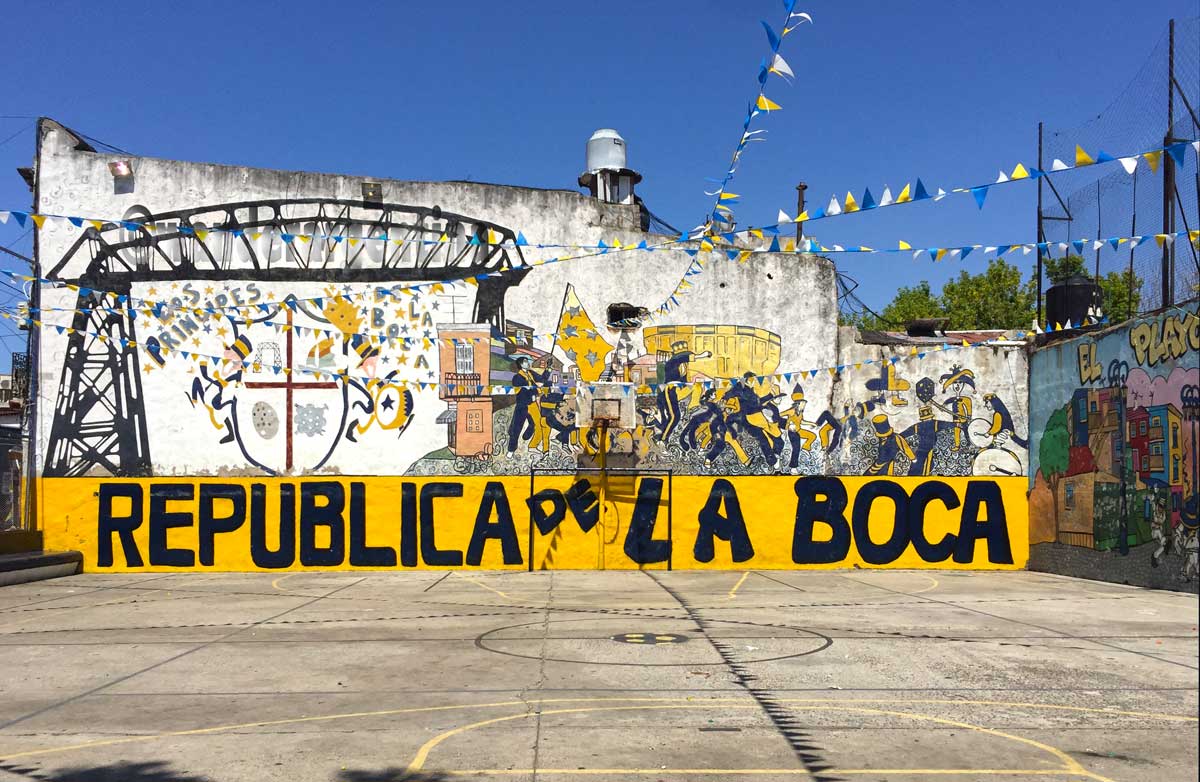 The centerpiece is the cobblestone strip, El Caminito, or little walkway.

The one-time railway route is lined with the bright facades that make La Boca postcard perfect.

Named for a 1926 tango song, the pedestrian lane features an outdoor fair where artists sell their wares and tango dancers prance along the sidewalk in between photo ops with tourists.

But there’s much more to La Boca than what meets the casual tourist’s eye.

Like New York City’s Lower East Side and London’s East End, La Boca was the neighborhood where new immigrants first established themselves when they arrived in Buenos Aires.

The neighborhood may derive its name from its location at ‘La Boca’ (the mouth) of the Riochuelo, as the Mantanza River is usually called.

The port-side barrio is an obvious point for boats to come ashore and historians say the Spanish first landed in La Boca as early as 1536.

During their early colonial expansion the colonizers housed African slaves in this area.

After Argentina gained independence many of the freed stayed.

With the arrival of the industrial revolution, La Boca grew into a gritty shipyard area with meat curing plants and tanneries.

Mass settlement in La Boca began in 1830, with an influx of immigrants from Genoa, Italy. Coming from a port city, it was natural for the Genoese to settle along the Buenos Aires waterfront.

There were so many Genoese in La Boca at that time that some say the name is a spin-off of the name Boccadasse, a neighborhood in Genoa.

The new arrivals constructed tenements made of scrap metal and painted the shacks with bright leftover marine paint to liven up the one-time wasteland.

Soon the Italians were joined by immigrants from Spain, France, England, Ireland, Eastern Europe and Greece and among others.

The cross-cultural mix gave birth to tango, although the term wouldn’t be coined until the end of the 1890’s. Factory and port workers would gather to dance in the central halls of the tenements and vie to grab the attention of the few women available at the time.

La Boca also played a fundamental part in the creation of the Argentine slang, lunfardo.

The vocabulary grew out of cocoliche, a mix of Italian dialects that immigrants used to communicate with each other.

Even the barrio’s famous soccer team, La Boca Juniors are also called Los Xeneizes, derived from the word for ‘Genoese’ in the Italian dialect.

By the turn of the 19th century the area was the second most populated zone in Buenos Aires but the construction of a new port in Puerto Madero meant the shipping industry would move northward.

A revival of El Caminito and La Boca in the 1950’s was led by artist, Quinquela Martín.

The famed La Boca orphan was abandoned at birth, adopted and spent a good portion of his childhood in La Boca.

After studying drawing at a La Boca night school, he ended up becoming one of Argentina’s most famous painters and a major neighborhood philanthropist.

After the General Roca railway train line, which ran through here shut down in 1954, Martín set to work to save the barrio.

He gathered neighbors to paint the houses bright colors, emulating the early immigrants. The artists began to host outdoor theater here utilizing the colorful houses as part of the backdrop.

At the urging of Martín, in 1959 the city government officially declared the street El Caminito an open-air museum.

As in most places where a popular tourist attraction sits in the middle of an economically disadvantaged neighborhood, La Boca can be dangerous for visitors who stray off the tourist path.

Read our safety tips to learn about some of the most common crimes committed on tourists in Buenos Aires and how to avoid making yourself a target.

Most visitors just see El Caminito, its the few surrounding streets and La Bombonera the stadium where Diego Maradona became ‘God’ for his fans.

For brave low-profile travelers who want to explore more of the neighborhood, there are many interesting sites here, just don’t carry anything you can’t afford to lose.

A nice way to explore a La Boca with relative anonymity is by bicycle or go for strength in numbers and take a tour.

If you are headed to La Boca at night to eat in one of its many cantinas such as the El Obrero steakhouse or to dance tango, the usual advice is to take a taxi or uber to and from your destination.

• Don’t carry anything you can’t afford to lose.

• Be careful straying off the tourist path, which includes El Caminito and the few surrounding blocks.

• Don’t ever wear a River Plate shirt to La Boca — that’s the soccer team’s biggest rival and you’d be asking for trouble!

→ Do you need Travel Insurance for Argentina? 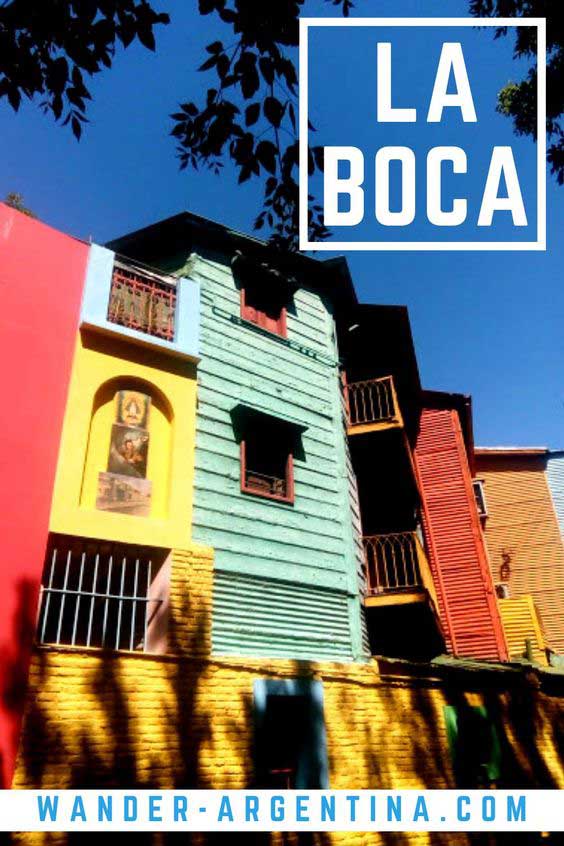 Getting to La Boca from other parts of Buenos Aires:

–Subway: There is no subway to La Boca

→  Check the  La Boca tours on our curated tour list

⇒ Check out all the La Boca Tours 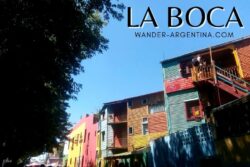 La Boca: Attractions On & Off the Beaten Path

Buenos Aires colorful neighborhood of La Boca is known to the outside world for tourist destination number one, El Caminito. But those who dare to wander off the tourist path ... Read more