The Buenos Aires International Book Fair is back again. 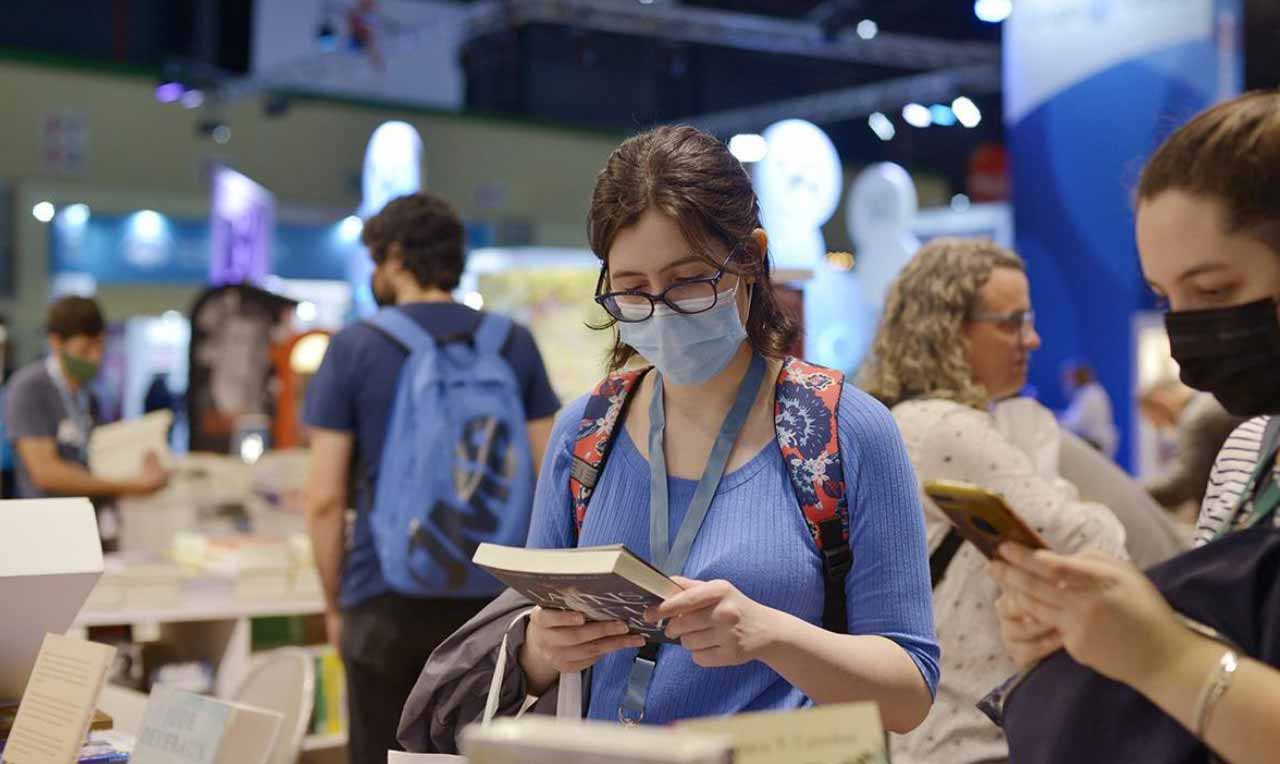 Considered the most important literary event in the Spanish speaking world, organizers claim they draw one million people over the course of the 20-day event.

The words ‘Book Fair’ have the potential to conjure up images of elementary schoolyards with tables of used paperbacks underneath kitschy tents.

Whatever mental representation arises, it is completely deceptive when it comes to Buenos Aires ‘Feria International del Libro.’

This annual celebration of the literary universe and its purveyors is the Spanish-speaking world’s largest book fair.

Inside the 45,000 square meters of Palermo’s ‘La Rural’ (Argentine Rural Society) unfolds a city of books with author signings, conferences, discussions and lectures.

The book fair has flourished since its founding in 1975 – today it hosts over 1,500 expositors from 50 countries and over 100 authors from around the world.

Spanning three weeks every autumn, the event is sponsored by La Fundación el Libro (The Book Foundation), a non-profit founded by the Argentine Society of Writers.

Cultural events include a poetry festival, a storytelling marathon, an interactive area for youth, and a party with games and live shows.

Buenos Aires’ largest cultural event has also been the center of some newsworthy incidents over the years.

In 2010 Cuban dissident, Hilda Molina was interrupted by pro-Castro activists chanting, “Cuba yes! Yankees no!” before she was able to make a presentation of her autobiography, Mi Verdad (My Truth).

A shouting match ensued and a member of the public took the microphone and told the protestors to “go to Cuba if they loved Castro so much.”

In 2011 a public outcry emerged when the anti-Kirchner Nobel prize winner, Mario Vargas Llosa was invited to inaugurate the fair.

The controversy played out in the daily newspapers until President Fernández de Kirchner stepped in herself to ask her supporters to withdrawal their protests.

Mario Vargas Llosa returned in 2016 and will again be at the book fair this year.

Each year the Feria del Libro has a unique theme although it seems they have done away with that year, struggling to organize the festival after two years off.

The themes keep it interesting for those who attend the fair very year, and reflect the era of the fair.

The 2012 theme, ‘The Future of Books’ featured a popular digital space where visitors were able to sample e-readers and purchase electronic books – a practice that is still warming to most Argentines ten years later.

2013’s theme was ‘Libros como Puentes’ or ‘Books as Bridges’. If the theme is a bit recondite, it shed light on a new development at the Feria del Libro: a city as an honored invitee.

The Feria del Libro’s first invited city was Amsterdam and although a principal section of the book fair was dubbed ‘Cafe Amsterdam,’ it did not resemble the aromatic cafes of the famous liberal city.

In the feria’s last edition, the guest city was Montevideo, right next door in neighboring Uruguay.

The controversial appearance had undertones of a campaign bid to run for President, and that wasn’t far off —  later that year she became Vice President.

In her speech at the Feria del Libro, Kirchner criticized Argentina’s neoliberal government of the time and praised then U.S. president Donald Trump for lowering unemployment by creating more factory jobs.

2022: A Controversial Start to the First Fair After the Pandemic

Crowds were anxious to see the festival return this year after the two year break and it was lively from the second doors opened.

The Feria del Libro’s 2022 invited city is Havana, Cuba a choice which is obviously a statement for those familiar Argentine politics and the fair’s past controversies.

The sometimes controversial book fair got off to a spicy start with a provocative inauguration speech by National Literature Award Winner, Guillermo Saccomanno.

He decided to air some grievances in his inaugural address.

He began with the words, “Some of you aren’t going to like this..”

He went on to tear down everything from Argentina’s paper manufacturers, to the high poverty rate, what he said were empty literacy campaigns and the very venue where the event was taking place — La Rural, run by a group who was complicit with the last dictatorship.

All these questions were tied into his main argument, which is that the Feria del Libro has become a commercial event benefitting publishers, not a cultural event benefiting writers.

Saccomano’s speech went viral in Buenos Aires and received lots of criticism, not the least because he earned over AR$250,000 (US$1250) for the presentation.

While according to local news (link in Spanish), there continues to be a power struggle behind the scenes at the Feria del Libro, the 47th edition will take place at La Rural between April 27-May 15.

The fair’s new general director, Ezequiel Martínez says this year’s themes are the fight for justice and the defense of human rights. This is highlighted because 2023 marks forty years since the return of democracy to Argentina after the Dirty War.

It will be inaugurated by Argentine novelist and University of Buenos Aires literature professor, Martín Kohan. His second novel to be translated into English, ‘School for Patriots’ won the Herralde Novel Prize in Spain.

Santiago, Chile is the invited city this year and the ambassador of Chile, Bárbara Figueroa is an invited guest.

Santiago is the invited guest city because 2023 marks fifty years since the deadly U.S.-backed coup d’etat in Chile which overthrew the democratically elected President, Salvador Allende.

When To Go To Avoid Crowds

The best time to stroll around the Feria del Libro in order to avoid the crowds and comfortable browse is during the week, particularly during the day.

For special events show up early to get a good spot. See the schedule of events on the link below.

Toward the end of the festival is a good time for book buyers as visitors can get great deals on books from vendors who want to unload their stock before going back home.

• Can be purchased at the venue