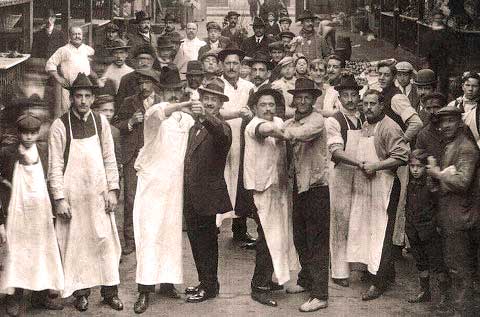 Tango is the dance that is synonymous with Argentina in most traveler’s minds. Few know, though, that in its beginning the dance was frequently practiced between men with no women in sight.

When the immigrants landed on the shores of Buenos Aires in the La Boca neighborhood in the late 19th century, there were few women in the neighborhood. Beginning in the 1880s the men who had immigrated to Argentina for a better life started making the melancholy music that would become tango.

The penniless immigrants didn’t have much to offer female companions, but being able to dance was one way they could hope to eventually draw some female attention. So in the original milongas (dance parties) of Buenos Aires, the men practiced together. First the men learned the female role, being led by another man. Once they had that down, they were able to learn the male steps. Only after a few years of practice would they get the opportunity to go to a mixed milonga and maybe get the chance to dance with a female.

LGBT tourists have known for years that Argentina’s capital, Buenos Aires, is one of Latin America’s best destinations for gay travelers. In 2010, the country legalized gay marriage and passed some of the most progressive trans laws in the world. The huge yearly gay pride parade in November has now turned into a week-long celebration.

Estanislao Fernández, alias ‘dyhzy,’ the only child of President Alberto Fernández is a well-known drag queen and social media figure, who displayed a pride flag folded into a pocket square at his father’s inauguration.

Considering its gay friendliness, perhaps it’s not surprising that gay milongas have popped up everywhere in Buenos Aires over the past decade.

One of the best neighborhoods to learn tango is San Telmo, the neighborhood that lays claim to the birthplace of the sultry dance.

Straight females take notice — gay milongas are the best places to learn both roles, without the macho undertones usually attributed to the dance in some straight tango establishments. While tango milonga’s come and go, below are some of the most enduring gay tango spots in Buenos Aires. 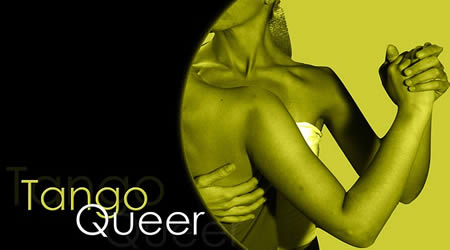 Milonga ‘La Marshall’  started in 2005 and claims to be the first gay milonga in Buenos Aires (at least in this century!).

The crowd is mostly an international mix of guys.

Those interested in staying in the hotel should be aware it is men only and no minors are allowed.

Tango Queer has been going since 2007 at Buenos Aires Club. The low-key black and white tiled dance floor is a nice, non-intimidating place to practice your steps, whether gay or straight. This is the best place for lesbian milongueras (tango dancers) in San Telmo, as it is geared toward women and there are usually plenty of females in attendance.

This queer milonga and peña (folk club) started in San Telmo but has since moved to the nearby Congreso/Balvanera neighborhood.

It is a good option for those interested in learning tango as well as other types of Argentine folk dance in a festive environment.

Lessons begin at 8:00 p.m. and the milonga really gets going around midnight.


Buenos Aires is now a progressive enough city that no one will blink twice if same-sex couples dance at more modern younger milongas even if they are not specifically targeted to gay and lesbian dancers.

One place for gay and lesbian tangueros to dance among a mix of straight and gay couples (and perhaps clouds of marijuana smoke!) is the alternative tango house La Catedral. Another popular option for a hetero and gay-friendly environment is La Viruta.

→ Don’t miss a spectacular Tango Show while in Buenos Aires. From the sultry to the campy, there is a show for everyone.

→ For a nice treat or some people watching, check out Pride Cafe

→ Read about Gay nightlife in Mendoza