It’s time to put on a sultry face and slide into a tight embrace on the dance floor at the Buenos Aires’ Tango Festival. 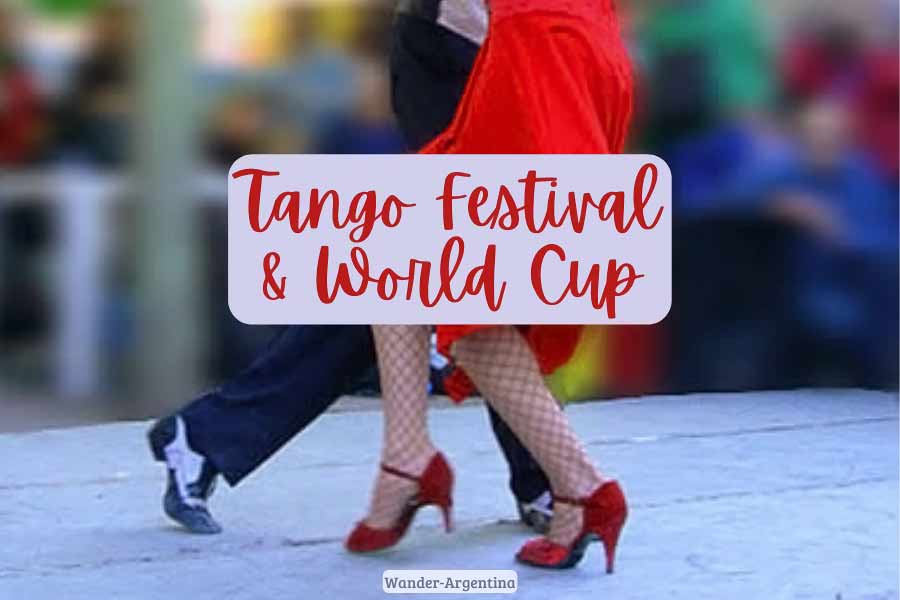 The free two week event is hailed as the world’s largest tango-related festival with 2,000 performers and nearly half a million visitors.

The 2022 edition will take place 35 venues across the city and will continue to include virtual tango events.

This larger event is preceded by the citywide Buenos Aires Tango Championship.

Although today considered one of the country’s most sophisticated cultural exports, tango was born at the end of the 19th century in the working class portside neighborhood of La Boca.

An immigrant community of mostly struggling, single European men meant there was a dearth of women at the time.

Men danced with each other to practice for the day they might have the chance to seduce one of the few single ‘ladies of the night’ available, especially n the La Boca neighborhood and neighboring San Telmo.

Because of tango’s early association with crime, the outlaw language of lunfardo and poverty, upper crust Argentines originally turned up their noses at the dance.

Once the sounds and moves of tango exploded in Europe in the early 20th century, wealthy and middle class Argentines co-opted the once underground sound.

Since the 1990’s tango has experienced a new renaissance in Buenos Aires and worldwide. UNESCO included tango on their Intangible Cultural Heritage List in 2009.

Throughout the festival there is a variety of open milongas allowing the public to dance to the live sounds of traditional tango orchestras, tangotronica DJ’s and tango-inspired fusión groups .

Among the living tango greats who have hit the stage here are Saúl Cosentino with his avant-garde tango tunes akin to Piazolla: Bandoneon virtuoso, Julio Pane; and composer and the former bandoneonist for Alfredo Gobbi, Alberto Garralda.

Other performances include an homage to Grammy winner, Leopoldo Federico, who performed at last year’s Tango Festival and then died at 87 a few months later.

Another remarkable performance was a retrospective of Russian tango of the 1920s and 30s performed by the Belamor Kanal Quartet.

Bringing more modern tango sounds are acts such as Cumbre de Contrabajista (Summit of Stand-up Bassists) and French composer, guitarist and singer, Brian Chambouleyron (on a double bill with the aforementioned Alberto Garralda).

For those who dream to dance tango like they own the floor, the festival hosts dance classes and talks with the likes of local dance floor legends such as Milena Plebs, Sebastián Arce, María Nieves, Julio Balmaceda y Corina de la Rosa, Fernando Galera, Vilma Vega and 82-year-old Juan Carlos Copes.

The festival culminates in the Tango World Cup in which the world’s best tangueros compete on stage for prestige and cash prizes. The two categories are Salon Tango and Stage Tango Competitions at Usina del Arte in the barrio that birthed the tango, La Boca.

All the activities and shows at the Tango Festival are free.

Tickets for Tango World Cup are first come, first serve, and will be given out at the Casa de Cultura, Av. de Mayo 575 or through the official website linked below.

There is a two ticket limit per person.

For all other limited seating events, tickets are given out beginning two hours before the show.

To see a day-by-day breakdown of the Tango Festival events and the World Championship Dance competition see the Buenos Aires Culture Department’s official webpage linked below.

→ Get in touch with us to ask about Argentina Vacation Packages

→ Check out other tango tours and activities to learn the dance or check out the city’s milongas with a local.

→ Book safe airport transfer and reserve your accommodation online to save money — visitors get the 21% VAT tax back when you book online with a credit card.

→ See our suggestions, ‘What to Pack for Argentina.‘